HERITAGE HIGHLIGHTS:   Site of the pivotal battle of Bosworth in 1485 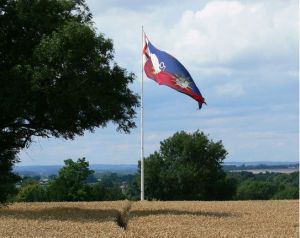 Bosworth Battlefield Heritage Centre
This is where the Middle Ages staggered to an end. On this field in rural Leicestershire Richard III lost his kingdom and his life to Henry Tudor in 1485. There are displays and models of the battle in the visitor centre, along with armour, a theatre for film and live presentations, and battlefield trails.

On 22 August 1485 a royal army led by Richard III met a rebel force under Henry Tudor, Earl of Richmond. Henry's army was led by the Earl of Oxford and was outnumbered at least 2:1 by the royal army. It should have been a one-sided victory for Richard III, but against all expectation the rebel army won the day, partly aided by Sir Henry Stanley, who switched sides as the battle raged. King Richard died in combat, and according to legend, his crown was found upon a bush and placed on Henry Tudor's head. For a full account of the events leading up to the battle and its consequences, read the account in our British Battles guide.

Where is the Battlefield?

The traditional battlefield site was on Ambion Hill, and that is the site outlined in the modern visitor centre and used for the guided trail. However, recent investigations by historians seem to place the actual scene of the conflict in an area near Stoke Golding, 2 miles away. Archaeological investigation of the site unearthed 22 lead cannonballs, the largest number ever found on a medieval battlefield.

Bosworth is the only English battlefield with a dedicated interpretation centre. The centre is operated by the Leicestershire County Council and includes an interpretive display on the battle and its combatants, a suggested route to tour the site, and a variety of finds unearthed at Bosworth.

A waymarked trail leads from the visitor centre and links several monuments on the traditional battlefield site. These include King Richard's Well, where the unfortunate Richard drank during the battle, and Richard's Field, where the king was traditionally thought to have died.

Unfortunately, these highlights must now be considered unlikely to be the actual locations, given what we now know about the actual battlefield site. To the south of the battlefield is Dadlington church, where many of the dead were brought for burial and where a 16th century chantry was erected to their memory.