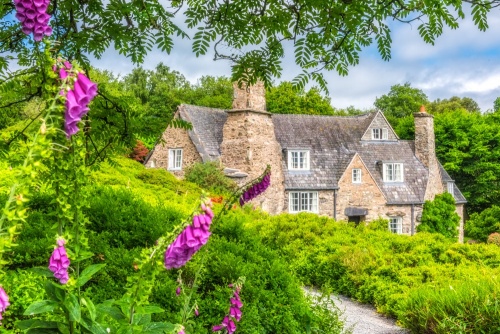 Stoneywell is an Arts and Crafts cottage built in 1899 by Ernest Gimson as a summer residence for his brother Sydney Gimson and his family. The house remained in the Gimson family for over 100 years until it was purchased by the National Trust, and has been lovingly restored to show how the family lived and worked. Stoneywell is the first house in Leicestershire to be cared for by the National Trust.

Sydney Gimson owned an iron foundry in Leicester and wanted a summer retreat in the idyllic countryside setting of Charnwood Forest where he, his wife Jeannie and their two children could escape from the noise and smoke of the industrial city. He turned to his brother Ernest, one of the most influential artists in the Arts and Crafts Movement.

The Arts and Crafts Movement was a reaction to the impersonal mass production techniques that came in during the Industrial Revolution. Followers of the Movement wanted a return to traditional values of craftsmanship, simplicity, and the use of local materials. 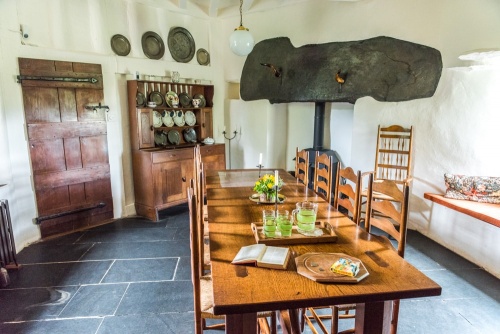 Stoneywell was a very influential design in the Arts and Crafts movement. Ernest Gimson and his partner Detmar Blow built the house directly onto exposed sections of bedrock, creating the impression that house is growing organically out of the underlying ground, like a natural part of the landscape.

Or, to put it another way, it looks like a hobbit house rising out of the earth. The house was inspired by the landscape it springs from, and is built primarily with materials gathered on the site. It zigzags up the hillside on six different levels. This is one house where you can't instantly say how many storeys tall it is! Each window offers a different view, which can be slightly disorienting as you explore the house.

The house is set in a small garden area that emphasises the wild surroundings and the trees of Charnwood Forest.

It is fascinating to see how the house rises out of the earth. Unlike modern building techniques, the ground was not levelled, with a house built on top of it, but the house conforms to the sloping bedrock of the hillside. You approach the house by a winding path from above, so that you look down on the roof below. 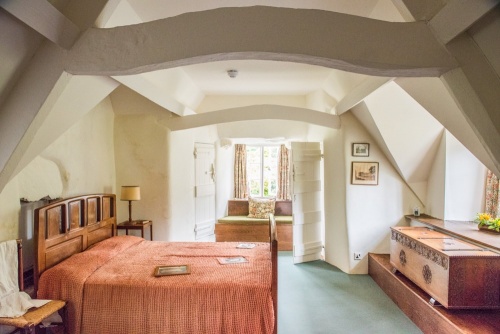 That roof reaches almost to the ground on the uphill side, emphasising the house's connection to the earth. You could even step directly out of the main bedroom window on what is nominally the first floor and find yourself in the garden. This creates a seamless transition between house and garden that is unlike any other National Trust property we've ever visited.

There is, unfortunately, a downside to this organic approach; the wall built into the bank suffers from cold and damp. As early as 1905 Country Life magazine reported that the occupants of Stoneywell had to 'suffer for its beauty'.

That organic look would have been even stronger when the house was built, for Gimson roofed Stoneywell with thatch. Unfortunately, the thatch caught fire in 1938 and was replaced with a slate roof. At the same time, the house was altered to make it suitable as a full-time residence. Prior to the fire, Stoneywell had only ever been a summer residence.

The slope of the ground means that the ground floor is on three distinct levels and the ground floor windows are all at different heights. The result is a delightfully quirky 'organic' house that seems to grow in all directions. The front doorway is topped with a large slate lintel discovered at a nearby quarry. It bears the date 1899 and the letter 'G' for Gimson. 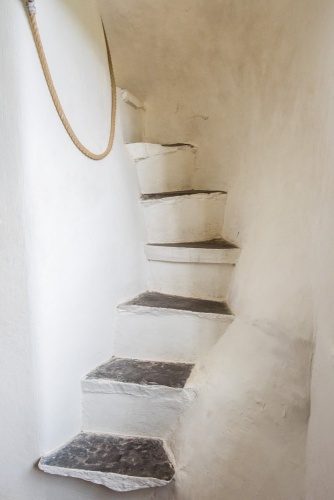 The walls are made of rough, undressed stones, carefully selected to fit the slope of the land. Most of the stones were found locally; some salvaged from drystone walls.

Most of the original furniture designed for the house is still used. Among the items on display are an oak bed and a set of ladder-back chairs made by Ernest Gimson.

The organic approach is evident even inside the house. In the sitting room a piece of slate projects into the room to provide a small shelf for Sydney Gimson's smoking paraphernalia.

The house is presented as it was in the late 1950s when Donald Gimson, Sydney and Jeannie’s grandson, moved in with his wife and young son, Roger. One of the 1950s touches is a model railway set up in Roger's bedroom. 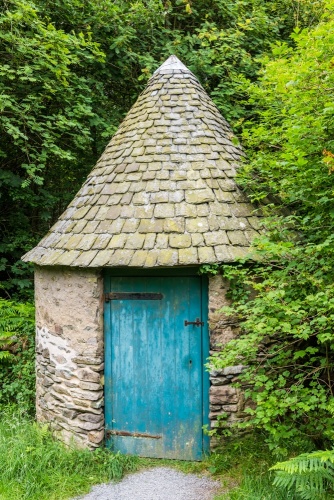 Ernest Gimson was a native of Leicester and the son of an engineer. He worked as an architect before moving to the Cotswolds - then a popular area for Arts and Crafts followers, where he founded an Arts and Crafts community. He became a partner in a firm making wooden furniture, following traditional methods of craftsmanship.

Architectural historian Nikolaus Pevsner, who ought to know a thing or two about the subject, called Ernest Gimson 'the greatest of the English architect-designers'.

His background as a furniture designer meant that he was able to design and build not just the house itself at Stoneywell but all the wooden furniture within it.

Gimson designed four other cottages at Ulverscroft, but Stoneywell was the largest and the most unique in style.

The original estimate for Stoneywell was £500, but the final bill came to £920. The cost discrepancy caused friction between Ernest Gimson and his brother Sydney, a Leicester industrialist. 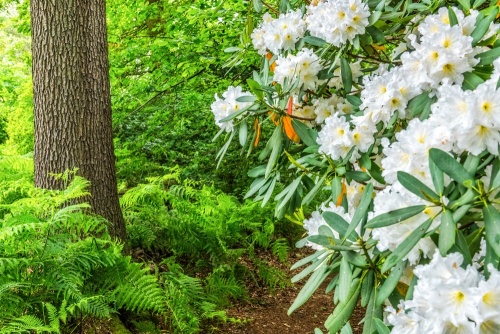 Stoneywell is a small house, and due to limited space for parking it has some unusual opening arrangements. First, you have to pre-book a parking space at a nearby car park. After you've parked you will take a National Trust shuttle bus to the property, where a visitor centre has been created from the original stable buildings.

When you are done exploring the house and grounds you take the shuttle bus back to your car. Please DO NOT simply show up; you may not be able to get a parking space at all. Numbers of visitors are limited to minimise the impact on the local community. 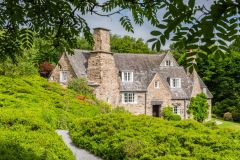 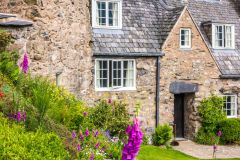 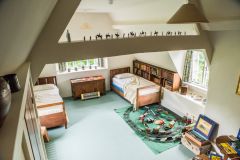 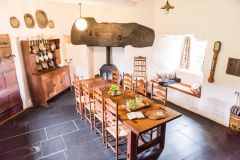 More self catering near Stoneywell

More bed and breakfasts near Stoneywell