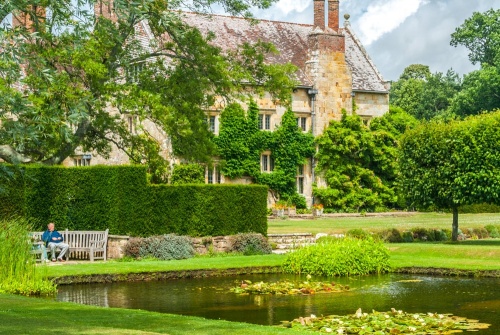 This delightful Jacobean house was Rudyard Kipling's home from 1902-1936. It is comfortably furnished and packed to the rafters with Kipling memorabilia.

Bateman's is worth visiting on at least two counts. First, it is a wonderful historic house, dating to about 1634. Second, it was the home of author Rudyard Kipling for the last three decades of his life and contains a wealth of the author's personal belongings, and memorabilia relating to his life and work.

Among the latter are the original illustrations for The Jungle Book. An outbuilding contains Kipling's 1928 Phantom 1 Rolls-Royce, and an exhibit covering the author's love of motoring.

There is a special exhibit covering the War Graves Commission, and the extraordinary work that Kipling did to help establish this agency following the death of his own son, John, at the Battle of Loos in 1915.

Bateman's may have been built by a Wealden ironmaster, but the first owner that we know of for certain was John Briteen, who owned Bateman's at the end of the 17th century. The house is constructed of sandstone quarried nearby, with tiles made from Wealden clay, and local Sussex oak supports the building. 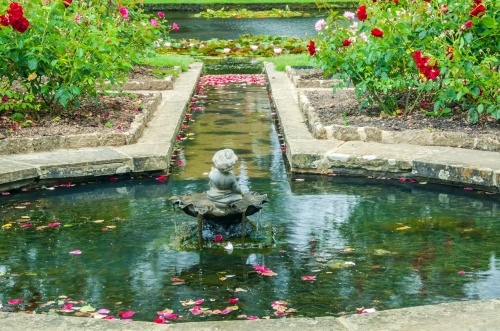 A lovely water feature in the garden

Kipling purchased Bateman's in 1902 when he was at the height of his fame as a writer. He was in frail health, and devastated by the death of his daughter Josephine from pneumonia several years before, and saw Bateman's as an escape to a quiet, peaceful existence.

He loved the house, though at the time it had no bathrooms and no running water to the upstairs rooms. In addition to the house, he purchased the surrounding 33 acres of land, including a water mill. The mill has been restored, and visitors can watch flour being ground, and learn about the milling process.

Below the house is a pond, rose garden, and hedges laid out according to a design by Kipling himself. The original garden design is on display in the study of the house. The rose garden was paid for with the prize money Kipling received for winning the 1907 Nobel Prize for literature.

The house was bequeathed to the National Trust by Caroline, Kipling's American-born widow, in 1939, and is presented much as it was when the author lived here.

This is, without doubt, one of the most enjoyable historic houses I've had the pleasure of visiting in southern England. The house is marvellous in its own right, even without the Kipling association. The memorabilia on Kipling's life really opened my eyes as to the life of this extraordinary man.

The exhibition about Kipling's role in the War Graves Commission was especially moving. The gardens surrounding the house are a delight, a peaceful oasis of water, lawn, flowers and shady woodland. I absolutely adored Bateman's. 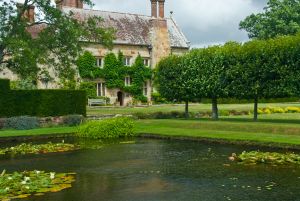 More self catering near Bateman's

More bed and breakfasts near Bateman's