Practically the entire county of Pembrokeshire could be included in this part of our guide! For a start there's the Pembrokeshire Coast National Park, which takes in 612 square kilometres and stretches from St Dogmaels in the north to Amroth in the south. This is one of the most spectacular scenic areas in Britain, with an incredibly rich ecology of plant and bird life, not to mention the wealth of historic sites including castles, churches, and prehistoric monuments.

Within the National Park are several stretches of Heritage Coast areas, such as St Brides Bay, Marloes and Dale, South Pembrokeshire, Dinas Head, and St David's Peninsula. The Pembrokeshire Coast Path links the Heritage Coasts and follows the coast for 186 miles from Poppit in the north to Amroth, and on the way it passes some of the most beautiful beaches in Britain, particularly on the southern section of the route. 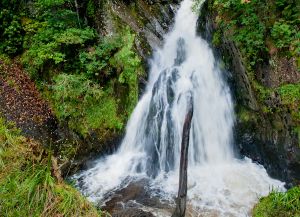 The small village of Devil's Bridge lies at a crossing of the River Mynach, in the beautiful wooded area of the Rheidol valley. A short distance east of the village is Devil's Bridge Falls, a lovely set of waterfalls that has drawn visitors for centuries.
Woodlands, Devil's Bridge, Dyfed, Wales, SY23 3JW 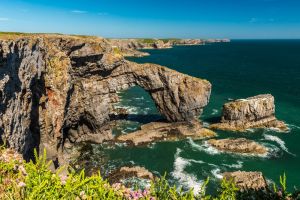 The Green Bridge of Wales is a spectacular sea arch on the Pembrokeshire coast south of Pembroke. Near the sea arch is Stack Rocks, dramatic rock pillars. The sea arch and stacks lie directly beside the Pembrokeshire Coast Path long-distance trail.
Merrion, Dyfed, Wales, SA71 5EB 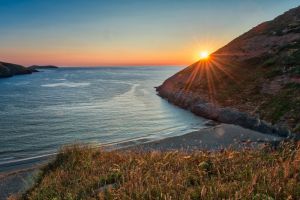 Mwnt is a secluded bay on the Ceredigion coast, a few miles north of Cardigan. The bay features a popular sandy beach with a medieval church on the clifftop above. Mwnt was named as the best hidden beach in Europe in a recent poll.
Dyfed, Wales, SA43 1QH 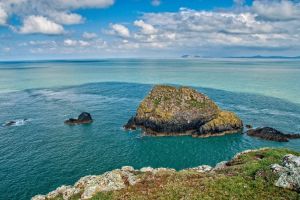 Skomer Island is the only Marine Nature Reserve in Wales. The island is known for its puffin colony but is also home to 3/4 of the world's population of Manx Shearwater. See huge bird colonies and Atlantic grey seals. Look for the Harold Stone, a Bronze Age standing stone.
Dyfed, Wales 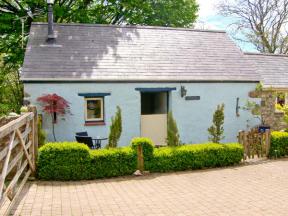 This semi detached cottage is set in a quiet courtyard just two miles from the Pembrokeshire village of Wolfscastle and can sleep two people in one bedroom.
Sleeps 2 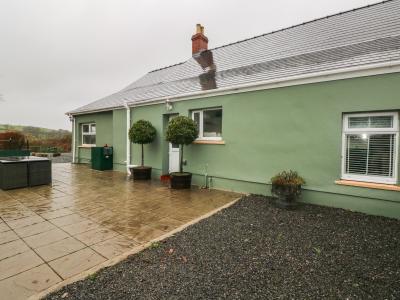