James I and the Divine Right of Kings 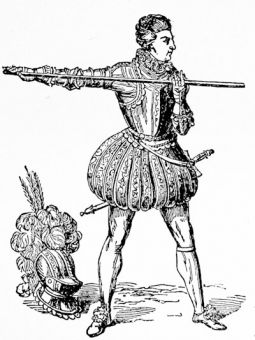 From the very outset of his reign James showed his inability to grasp the ideas of government which had become ingrained in the English people ideas which were thoroughly understood by the Tudors and which none of them would ever have been tactless enough to ignore. The axioms of English constitutionalism had never so much as presented themselves to the mind of the Scottish king, because they had no counterpart in the country where he had been bred.

In England the supremacy of law was fundamental, whereas in Scotland arbitrary jurisdictions were the rule. Even on his first passage through the northern counties James had horrified his new subjects by proposing to hang a pickpocket, taken in the act, out of hand, without trial. In somewhat similar fashion he came into collision with his first parliament. A constituency returned as one of its members one Goodwin, who had been outlawed.

The election would have been annulled by parliament; but parliament protested against the infringement of its privileges when the king took upon himself to declare the election void — all election disputes lay in their right to settle.

When the king aired his theory of Divine Right and pronounced that they had no rights at all except by the king's grace, they replied that if he thought that was the case in England, he had been "misinformed." This privilege of the Commons was not in fact again brought in question; but the incident illustrated the character of the approaching contest between the Crown and parliament.

The two parties had respectively assumed two different theories of the relation between Crown and parliament which could by no means be reconciled, although so long as compromises were possible between the will of the king and the will of the parliament a violent collision might be deferred.

Now a situation had been reached in which the normal expenditure of the Crown largely exceeded, the normal revenue. The Crown had to face the painful truth that it could not afford to set parliament at defiance unless it could obtain additional revenue without appealing to the Commons for supplies. James resorted to a precedent which had actually been set in the reign of Queen Mary.

A new "book of rates" was issued, adding to the duties at the ports so as to increase the revenue. A merchant named Bate refused to pay the new rates on the ground that they were illegal, but the judges pronounced that the "Impositions" as they were called were within the royal prerogative.

The Commons passed a resolution traversing the decision of the judges, but a resolution of the House of Commons is merely an expression of opinion having no legal force; an Act of parliament, not a resolution of one House, is required to invalidate the judgment of the courts; and until such an Act were passed, or the courts reversed their own judgment, the decision in Bate's case established the legal right of the Crown to vary the customs duties without sanction of parliament.

Thus a serious constitutional danger was revealed. The judges held office by grace of the Crown; they were appointed and might be removed at the will of the Crown; and so long as this should be the case there was obviously a strong presumption, without imputing wilful dishonesty to the judges, that their decisions would be biassed in favour of the Crown. As concerned the particular question, the extent to which the king might add to the Impositions was limited only by the endurance of the House and of popular feeling; he had the law on his side, but if he strained the law the consequences might be disastrous.

The Addled Parliament
Cecil, who was now Earl of Salisbury, sought to devise a remedy by a settlement which was called the Great Contract. A number of the king's technically valid claims, which were perpetual sources of irritation and friction, were to be commuted for a fixed annual revenue, these claims including the Impositions and a variety of feudal dues.

The scheme seemed likely to go through, but unfortunately, while it was under consideration, both sides stiffened in their demands, and the Great Contract was dropped, since neither would give way. The result was that for many years James made shift to carry on the government without additional supplies from parliament. During these years the Houses were only once summoned, to meet in what was called the "Addled Parliament," because it was dissolved again without accomplishing anything whatever.

James had to content himself with employing every colourable legal device for raising money, including a large extension of the practice of granting monopolies or exclusive rights of production and sale of particular articles.

One ingenious scheme deserves special notice. In connection with the colonisation of Ulster, and with a scheme for plant­ing Scottish colonists in the district of North America, to which the name of Nova Scotia or New Scotland was given, the king created a new order of "baronets," bearers of a hereditary dignity which did not entitle them to rank with the peers of the realm, while it carried precedence over knights. But the new dignity was conferred not as a reward for services, but in exchange for hard cash.