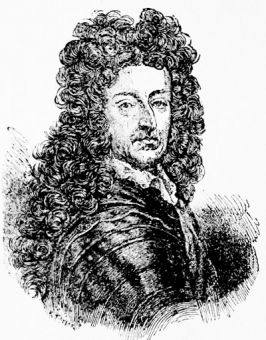 King William III, had neither sought nor accepted the crown of England as a nominee of a political party. He was king because if James and his son were excluded from the throne Mary and her husband were in effect the only possible occupants. Being king, he was resolved to rule conscientiously and impartially, but the government of the new kingdoms was in his eyes secondary to his aims as the leader of European resistance to French aggression.

So long as he could best serve those aims by retaining the English crown, that crown, was of use to him, but if he found himself hampered in his foreign policy by the action of English parties, England would be merely an incubus. His strength lay in the fact that England could not afford to let him go.

On the other hand, he was accepted without enthusiasm by any party. Of the Tories many were wedded to the doctrine of passive obedience, and only acquiesced in the new order because of their fears of a Romanist domination, with doubt in their hearts if not on their lips whether their allegiance to James could be discarded on any pretext whatever.

Half the Whigs, on the other hand, wanted in effect to have a republic with a royal figurehead, not a monarch with a will of his own. One party, in short, was inclined, if provoked, to challenge his title, and the other to curtail his prerogative, but neither was prepared to go so far as to drive him to resign his crown. And William did not himself wish to resign his crown so long as the possession of it served the purposes of his continental policy.

A difference in priorities
Now, unlike William himself, the English people were more keenly interested in their domestic concerns than in the problem of bridling the ambitions of Louis XIV. They were unfriendly to Louis mainly perhaps on account of his persecution of the Protestants. They were quite willing to see him bridled, and they were very unwilling indeed to support him actively; but foreign affairs were in their eyes secondary to domestic concerns. William chafed, while the Convention, transformed into a parliament by his establishment on the throne, insisted on giving precedence to the affairs which in its eyes were of primary interest.

Mutiny Act
One of the first Acts of the parliament incidentally solved a problem which had been left unsettled by the Declaration of Right. A regiment on the point of embarkation for Holland mutinied and declared for King James. A Mutiny Act was consequently passed which, while it provided for the maintenance of the army for six months, afterwards ex­tended to twelve, subjected deserters to punishment by martial law. In effect it followed that at the conclusion of the twelve months the standing army would cease to exist unless the Act were renewed.

Parliament to sit annually
By making twelve months the period of the Act, the parliament also made it necessary that the Houses should be summoned annually; that is, that twelve months should not pass without their being assembled. The duration of parliament was not touched, nor was there any formal Act requiring that parliament should meet; but its annual assembly was from thenceforth an administrative necessity. Like the Habeas Corpus Act, this measure, of great constitutional importance, was unpremeditated, and became law almost by accident.

Oath of allegiance
The first obviously necessary step was the imposition of an oath of allegiance to the new Government, the penalty for its refusal being dis­ability to hold office. Apart from the clergy there were not many refusals even those who held that James was still king dejure accepted William's de facto sovereignty.

Among the clergy, however, there was a less ready acquiescence. Many of them were thoroughly committed to the doctrine of non-resistance, and felt unable to transfer their allegiance. Five of "the seven bishops" demonstrated their loyalty to principle by refusing the oath, and their example was followed by some hundreds of the clergy, who as a necessary consequence, resigned their preferments. No further penalty however was exacted, and the "Non-Jurors," as they were called, for the most part continued to find congregations or patrons who approved of their principles and provided them with a livelihood.