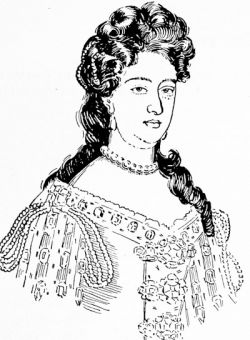 The Declaration of Right left unsettled sundry constitutional questions which still required to be dealt with by statute; but before these came up for consideration it was necessary to arrange religious affairs. William himself was a Calvinist, while his wife was an Anglican; sentiment and policy caused both of them to favour toleration. But the events preceding the Revolution had hardened popular feeling against Romanists, while they had clearly given to the Protestant dissenters a very strong claim for consideration.

The latter, in spite of strong temptation, had declined the benefits conceded to them by the Declaration of Indulgence, when they found that the price to be paid for them involved absolutist innovations and Romanist ascendency.

Churchmen, in consequence, had gone far towards committing themselves at least to a relaxation of the laws which pressed upon dissenters. The Revolution itself and its stability were in so great a degree due to the attitude of the Nonconformists that the Revolution Government could not have left their position unaltered.

Comprehension Bill
The first method of dealing with the situation proposed was a Comprehension Bill, which was intended to admit within the pale of the Church a large number of the Nonconformists, a measure on the lines which had been anticipated by the Presbyterians on the Restoration of Charles II. But during the years intervening the barrier between Nonconformity and orthodox Churchmanship had hardened. While the theory of comprehension was perhaps generally approved, the practical difficulties were not easy to overcome, and the bill was dropped before reaching the final stage.

Toleration Act
A substitute was found in a Toleration Act, which virtually conceded freedom of public worship and cancelled the whole effects of the Conventicle and Five Mile Acts. But there was no relaxation of the laws as applied to Papists, or to those whose rejection of the doctrine of the Trinity excluded them from recognition as Christians.

But if freedom of public worship was granted, the retention of the Test and Corporation Acts still shut out Nonconformists as well as Papists from the official service of the State or the municipality, military and naval as well as civil, and they continued to be debarred from the education of the universities.

Not till the nineteenth century were these disabilities removed, although their effect was minimised partly by technical devices, and partly in course of time by annual Acts of Indemnity for breaches of the law. In effect what the Toleration Act did was to leave the position of Romanists unchanged and to retain the disabling Acts against Protestant dissenters, while relieving them from the penal portions of the Clarendon Code.

William, in accordance with the principle upon which he always desired to act selected his ministers from both parties, while his real confidence continued to be given to his own compatriots. Danby and Nottingham came from the Tory side, Shrewsbury was a Whig, Halifax had acted independently of party, and had at one time or another led and opposed both sections.

Churchill's services procured him the earldom of Marlborough. Danby, with a painful disregard for the convenience of future generations, was made Marquis of Caermarthen; five years later the confusion was made worse by his elevation to the dukedom of Leeds. Having noted the fact, it may be found simplest to refer to him throughout by the first most familiar of his titles.

This recognition of Tories was displeasing to the Whigs with their substantial majority in the Commons, since they had intended to make the victory their own, to appropriate the spoils, and to punish vindictively all those who 'had aided and abetted the Crown in excluding them from power. Danby and Halifax were the special objects of their hostility. William, on the other hand, was convinced that he needed the support of the Tories as a body, and was strongly opposed to taking measures which would inevitably alienate them.

The Whig proposal to retaliate on the Tories, by disabling every one concerned in the upsetting of the old corporations from holding municipal office, brought about the dis­solution of the Convention Parliament and the summoning of a new one in March 1690.

The Bill of Rights
Before the dissolution the Declaration of Right received statutory confirmation as the Bill of Rights, The bill was not precisely identical with the Declaration, since it was more precise and complete in the abolition of the dispensing as distinct from the suspending power. Hitherto it bad been generally assumed that-the former might legitimately be exercised upon occasion; but the abuse of it which had converted an exceptional privilege into a normal procedure caused it to be done away with altogether. There was also much discussion as to distinguishing the next Protestant heir by name.

This was in fact Sophia, the wife of the Elector of Hanover and sister of Prince Rupert. But there were various possibilities that other persons with a prior legitimist title might become entitled to precedence by adopting Protestantism before the succession became an immediate ques­tion, and her nomination was rejected.

The Protestant succession was secured, however, by the requirement that every future sovereign should make the Declaration laid down in the Test Act, and that marriage with a Papist should be a bar. When the new parliament met Halifax was driven to resign office by the violence of the attacks upon him. The general result was that the Whigs lost their majority in the Commons, while Danby became the pre­dominant figure in Council.

William to Ireland
There was not, of course, a formal reconstruction of the ministry on party lines, but practically the Whigs in parliament assumed the character of an Opposition. The king, however, checked the attempt at reprisals for the past by proposing an Act of Grace, from the benefits of which only a few persons were excluded, chief among whom was Sunderland.

When the parliament had bestowed upon William and Mary for life the permanent revenue which had been conferred upon Charles and James, the most pressing parliamentary questions were settled, and William left Mary in England associated with a group of "Lords Justices" control of the Administration, while he himself went over to Ireland where danger was threatening.