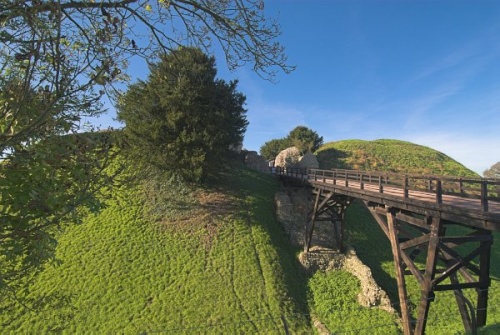 The cathedral city of Salisbury is justifiably popular as a tourist destination. It's an attractive city, with a number of intriguing older buildings in addition to the lovely Cathedral itself. But just a few miles up the road towards Stonehenge lies Old Sarum, the original site of Salisbury. 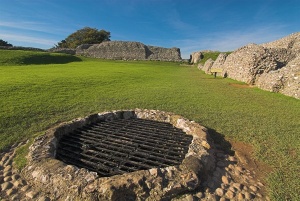 The castle well at Old Sarum

Old Sarum is approached via an opening in two high Iron Age banks, which obscure the site from outside and give it the air of a mysterious hidden castle. The banks were begun almost 5000 years ago and remained intact until the Roman invasion. The Romans installed a garrison in the river valley below the site and it was probably used as a market centre. At this time it was called Sorviodunum.

Following the departure of the Romans, the Saxons may have used the site, but when the Normans came they quickly realised its strategic importance and constructed a motte and bailey castle within the old earthworks. 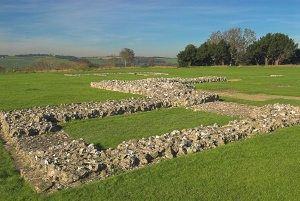 This was replaced by a stone keep in 1100, and a royal palace was erected within the banks in 1130. In the meantime, the first cathedral on the site was completed in 1092, but it burned down only five days after it was consecrated. A new, larger cathedral was completed around 1190.

Relations between the clerics of the cathedral and the castle guard were punctuated with outbreaks of petulance and occasional violence. The churchmen became so exasperated that in 1219 Bishop Richard Poore decided that enough was enough, and he determined to build a new cathedral at a location several miles to the south. A settlement grew up around the site of the new cathedral, and it is this settlement that is the modern city of Salisbury.

With the shift of settlement away from Old Sarum to New Sarum (Salisbury) the old site lapsed and the castle fell into disuse. Despite the fact that the site was derelict, Old Sarum continued to send a representative to Parliament until the mid 19th century.

Today, visitors can see remains of both the castle and the second cathedral, though little of that building exists beyond an outline of the walls on the grass. English Heritage, who administer the site, will arrange special guided tours for groups who book ahead. 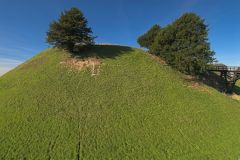 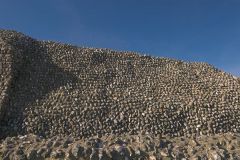 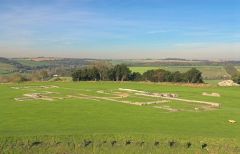 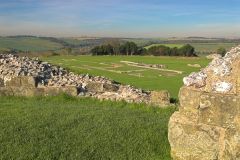 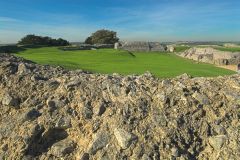 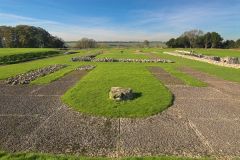 More self catering near Old Sarum 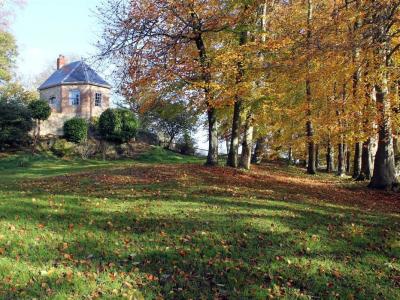 The Folly at Castlebridge

The Folly cottage is set within the grounds of the owners? house, and has one bedroom which can accommodate two people with one bathroom.
Sleeps 2 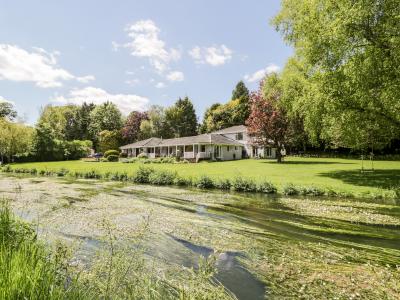 This stunning bungalow rests in Durrington, Wiltshire and can sleep eight people in four bedrooms.
Sleeps 8