HERITAGE HIGHLIGHTS:   The museum is based in the 13th century King's House, opposite Salisbury Cathedral 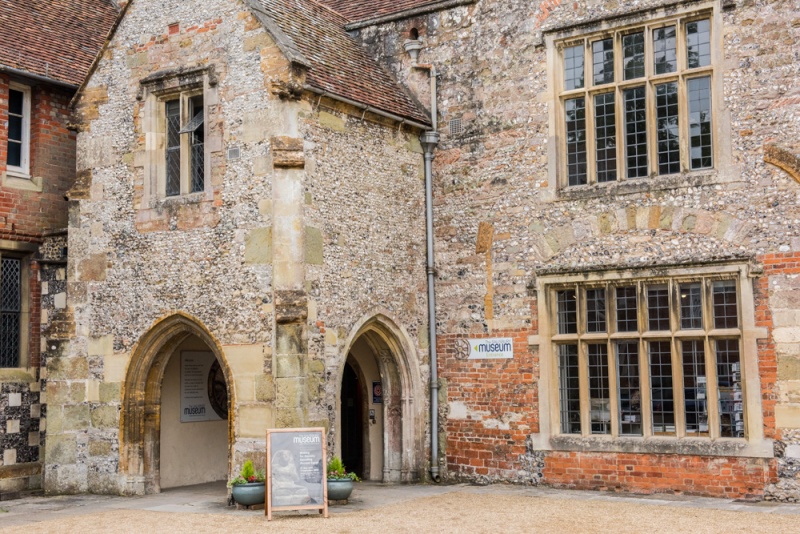 One of the oldest buildings in Salisbury, the King's House started in the 13th century as the Prebendal residence of the Abbot of Sherborne. After the Dissolution of the Monasteries, the house passed to Thomas Sadler, Registrar to the Bishops of Salisbury.

The house gained its royal appellation after Sadler played host to King James I here. It was heavily remodelled in the 16th and 17th centuries to achieve its rather curious style of medieval and Jacobean mixed together. In 1852 it became a teacher training college, in which role it is mentioned in Thomas Hardy's novel 'Jude the Obscure'. 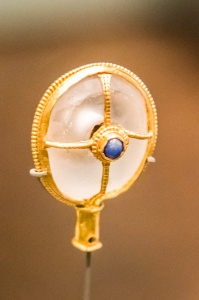 This being Wiltshire it is not surprising that one of the most popular collections in the museum covers finds from Stonehenge. There are exhibits on ceramics and fashion, but the main focus is on archaeology, with galleries on early settlers in south Wiltshire, the Roman period, Saxons, and the medieval era in Salisbury and Old Sarum.

There is a large collection of the social history of Salisbury, including items from local guilds, clock making, cutlery, silver, gunsmithing, and official weights and measures.

One of the major galleries is a collection of archaeological artefacts from Wessex gathered by Lt General Pitt Rivers in the Victorian period. Described as the 'father of scientific archaeology', Pitt Rivers was a leading Victorian archaeologist and anthropologist, and founder of the Pitt Rivers Museum in Oxford.

The collections in Salisbury cover excavations throughout Wessex and beyond, including finds from Cranborne Chase, Handley Hill, Iwerne Roman villa, and many more sites.

There is an ongoing programme of special events and exhibitions, courses, films, and public lectures.

The Salisbury Museum stands in the Salisbury's historic Cathedral Close. It is well signposted and very easy to find. There is a charge for entry, but given the sheer wealth of historic exhibits on display, it is a small charge.

There are several main sections of the Museum. The first is devoted to the prehistory of Wiltshire and is home to exhibits of finds from Stonehenge, Avebury, and other important archaeological sites. One of the most popular exhibits is devoted to The Stonehenge Archer, discovered in 1978 in a ditch by the northeast entrance to Stonehenge.

The male skeleton was buried with 3 arrowheads and a wrist bracer, suggesting that he was an archer. Curiously, the skeleton suggests that the archer was young and in good health when he died. Was he sacrificed Murdered? We simply don't know.

There are Saxon artefacts, Roman mosaics, and a 3rd century stone coffin from Boscombe Down, near Amesbury. One of my favourite exhibits was the Warminster Jewel, a golden manuscript pointer crafted in the 9th century. The Jewel was found by a metal detectorist near Cley Hill, Warminster. It is made from rock crystal in a beaded wire frame of gold. It is very similar to the famous Alfred Jewel in the Ashmolean Museum in Oxford.

The exhibit of Salisbury heritage includes the 17th century City Watch Horn, used by the night watch to warn of fires. Thee is a collection of fine porcelain fittingly housed in a historic room with a finely crafted plasterwork ceiling.

One of the most fascinating exhibits is The Salisbury Giant, a 12-foot-high figure dressed in a red robe draped over a wooden frame. The Giant and his sidekick, Hobnob, were popular figures in folk tradition and were paraded through the streets in annual celebrations.

Give yourself plenty of time to explore the museum; there is so much to see that it will normally take at least 2 hours. to get the most out of a visit. 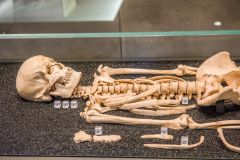 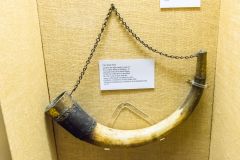 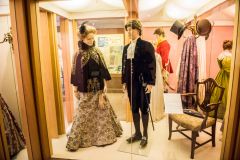 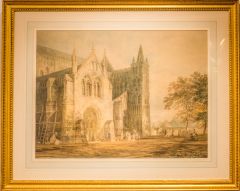 More self catering near Salisbury Museum >> 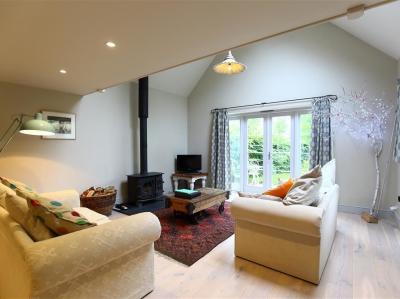 This rural retreat set in the Chalke Valley has one first floor bedroom and bathroom, and is capable of sleeping two people.
Sleeps 2 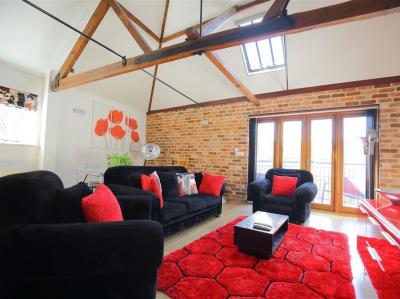 The Brown Street Apartment has three bedrooms, ensuite and an open plan living area with kitchen, dining and sitting area in the Wiltshire city of Salisbury.
Sleeps 6