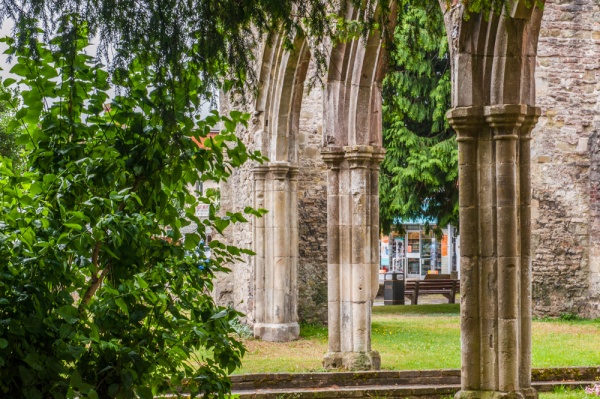 The village of Wilton is best known for its history as a centre of carpet manufacture and the location of Wilton House, one of the finest stately homes in England. There is another historical feature that deserves a mention, however, and that is the old medieval church of St Mary's, which stands in the Market Place.

St Mary's moment in the spotlight of history came in 1229 when Bishop Bingham of Salisbury was consecrated here, as the new cathedral at nearby Salisbury was still under construction. The church served Wilton for over 600 years - indeed at one point, it was one of three churches on the Market Place - until a new parish church was built in 1845.

Most of the old church was pulled down, leaving only the medieval chancel and one bay of the nave. The church was in poor condition until Robert Bingham, American Ambassador to London, stepped forward in 1933.

Bingham claimed, perhaps with a healthy dose of wishful thinking, to be a direct descendant of Bishop Bingham. Whether true or not, the 20th century Bingham funded the restoration of the chancel, which has preserved it intact to the present day.

To the right of the altar is the oldest memorial in the church, that of Thomas Mell, whose epitaph proclaims that he was, 'Once servant to the Right Honourable William, Earl of Pembroke, afterwards to King James and King Charles, also mayor of the borough of Wilton. Died the 21st of March, Anno Domini 1625'.

The chancel features a very fine Georgian ceiling and a collection of historic wall monuments. The building is now under the care of the Churches Conservation Trust, and keyholder details are posted outside the door. 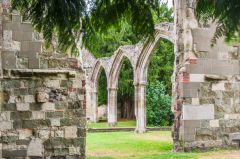 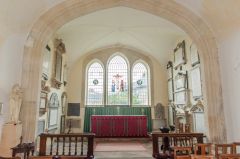