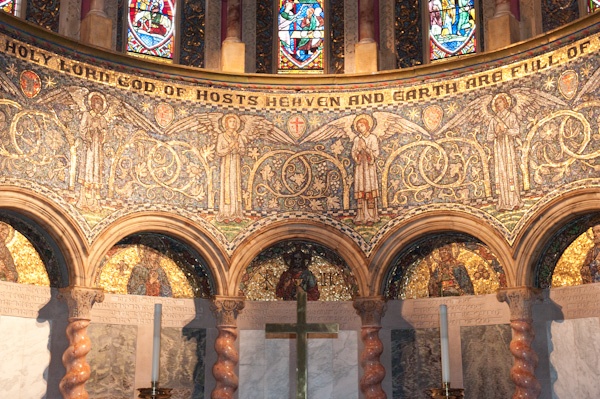 If your jaw doesn't drop when you see Wilton's Italianate parish church for the first time, I strongly suspect that you've got a serious case of lockjaw and should seek immediate medical attention! In a historic Wiltshire town like Wilton, home of one of England's great stately homes, Wilton House, and traditional centre for English carpet manufacture, you don't expect to see an ornate slice of Italy.

Yet that is precisely what awaits you, and you owe it to the combined efforts of the Hon Sidney Herbert, his mother the Russian Dowager Countess of Pembroke, architect TH Wyatt, and his partner David Brandon.

The story behind this remarkable church is worth telling. By the mid-19th century, the old medieval church of Wilton was in a dreadful state of disrepair. The Hon. Sidney loved Italian architecture, so in 1845 he convinced his formidable mother to help build a new church in the Italian style, an undertaking that would cost them £20,000, a staggering sum for the time.

They called in young TH Wyatt, then only 34, the diocesan architect for Salisbury, for what would be his first really major commission.

Wyatt and his partner Brandon created a stunning church, oriented on a southwest axis to front onto West Street. The chosen site had been home to the medieval church of St Nicholas, which was in ruins by the 15th century. There is a totally separate bell tower, or campanile, following Italian tradition. The church itself is on the Roman basilica plan. 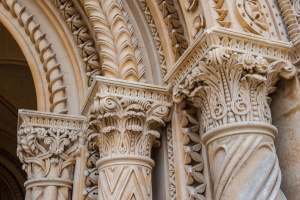 Ornate capitals outside
the main entrance

The exterior is lavishly embellished with a central rose window over the entry porch, while the doorway is multiple orders deep, with cloisters on either side. The interior is quite amazing. Immediately to the left on entering is the Capocci Shrine, notable for its twisted black marble columns which were originally part of a 13th-century shrine at Santa Maria Maggiore in Rome.

In 1768 the shrine was taken apart and some of it was brought to England by Sir William Hamilton (husband of Admiral Nelson's paramour Emma Hamilton), who gave it to Horace Walpole for the latter's house of Strawberry Hill. Sidney Herbert purchased the shrine when the contents of Strawberry Hill were put up for sale, and so it made its way to Wilton.

Between the twisted columns is the beautifully carved 17th-century door to the cloisters, made in the Low Countries of pear wood. Above the shrine is a monument to William Sharpe (d. 1626) a former mayor of Wilton, while to the right is a small memorial brass to John Coffer and his wife (d. 1585). Coffer was a gentleman in the retinue of the first two Earls of Pembroke and had the honour of greeting Elizabeth I when the queen visited Wilton House in 1574.

Near the door is a 17th-century German chest of engraved metal, and a 15th-century oak chest. The astonishing font combines a 15th-century bowl, 17th century scrolled base, and a 19th-century stem. Everywhere you look you will see intricate, ornate carving, and decorative embellishment. The pinnacle of this embellishment will be seen behind the high altar, where the wall rises to a semi-circular dome.

This 'east' wall is made up of an amazing mosaic pattern interspersing Biblical images with geometric patterns. This astonishing gilded creation positively glows with rich colour. It was the work of Gertrude Martin, who was also responsible for the mosaics at Westminster Roman Catholic Cathedral in London. On either side of the high altar are effigies of the Hon Sidney Herbert and the Dowager Countess of Pembroke, the key figures in building the church.

Wilton's church is so different from the usual historic church we visit, and it is not going to be everyone's cup of tea, but my goodness it is something you won't forget in a hurry! 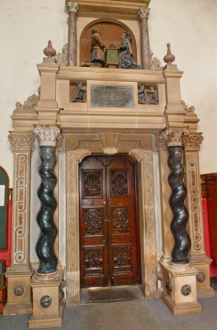 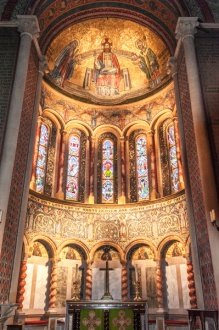 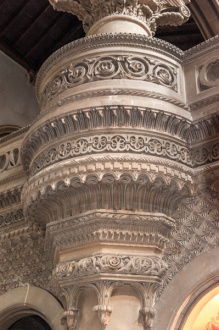 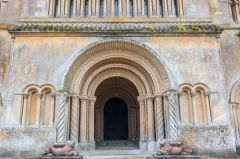 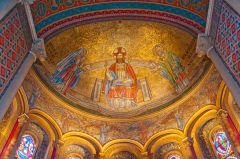 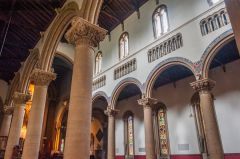