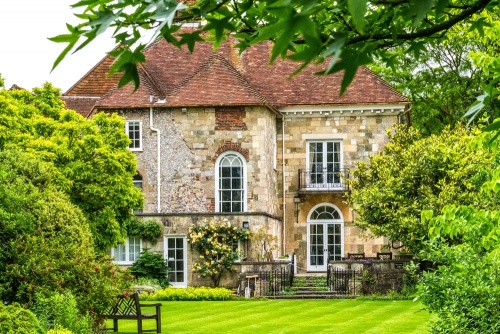 Arundells is a beautiful historic house in Salisbury's Cathedral Close, within a stone's throw of the medieval cathedral. It began as a 13th-century canonry, a residence for a cathedral canon. The first recorded resident was Henry of Blunston, the Archdeacon of Dorset, who lived here from 1291 to 1316.

A later resident was the Elizabethan prebendary Father Leonard Bilson. In 1561 Bilson was implicated in a confession by Father John Coxe, who claimed under torture that he had taken part in a Mass at Bilson's house (Arundells) with the aim of conjuring the love of Lady Cotton, the widow of Sir Richard Cotton. Bilson was was imprisoned as a magician and sorcerer and was reported as still in prison in 1571.

In 1609 Sir Richard Mompesson took out a lease on Arundells. Mompesson (whose relatives would later build nearby Mompesson House), extended the property. His tomb is in the south choir aisle in the cathedral. In 1718 John Wyndham leased the house and it was in his residence that Arundells took on the appearance we see today. 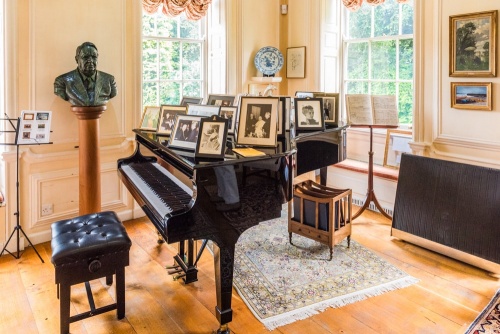 Wyndham's daughter Ann married James Everard Arundel, the son of the 6th Lord Arundel, and it is from him that the house gained its name. Arundel was a staunch Catholic and often hid Roman Catholic priests in the attic.

From 1839-44 Arundells was the home of the Godolphin Girls School, and later served as a boy's boarding school. During WWII the house was turned over to the Red Cross as a wool depot and a library centre. Following the war, the house was in poor repair and the prospect of demolition loomed. The house was saved by Mr and Mrs Robert Hawkings, who restored Arundells in 1964.

The most famous resident of Arundells was Sir Edward Heath, the Conservative politician who served as Leader of the Conservative Party from 1965-1975 and as Prime Minister from 1970-1974. Heath lived in Arundells from 1985 until his death in 2005. 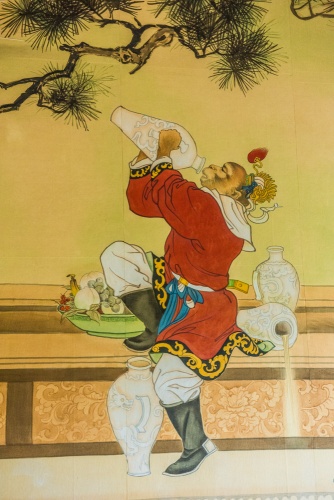 Heath was a passionate sailor and won a series of ocean racing trophies, including one while in office. He served as Captain of the British team that competed in the Admiral's Cup and won the Commodores Cup in 1970. He was also an accomplished musician and conducted the London Symphony Orchestra at Royal Festival Hall as well as other leading orchestras around the world.

A special exhibition room is set aside for changing exhibits covering Sir Edward Heath's life, covering his political career and his private life.

The house is furnished as it was during Sir Edward Heath's lifetime. Among the items on display are gifts to Heath from other world leaders, including Fidel Castro, Sir Winston Churchill, Chairman Mao and Richard Nixon. Heath's large collection of recorded music is on display in the Library. In the hallway are models of all versions of Heath's Morning Cloud yachts, while the centrepiece of the Music Room is a Steinway grand piano, a reminder of Heath's musical prowess. 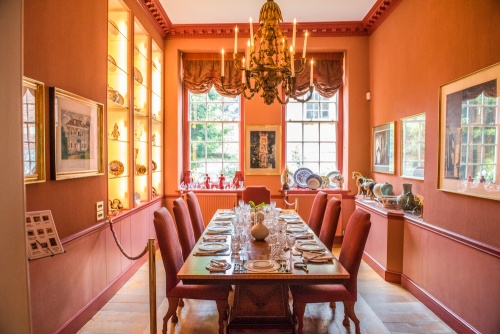 One of the most interesting historical objects is Heath's writing desk in the Study. The desk was previously owned by an earlier Prime Minister, David Lloyd George.

Heath was an avid art collector, and his paintings line the walls. Included in the collection are paintings by Sir Winston Churchill, John Singer-Sargent, Augustus and Gwen John, and LS Lowry. Other highlights include fine porcelain, musical memorabilia, sailing trophies and a display of model warships made by French prisoners of war during the Napoleonic war period.

One fascinating highlight that caught our eye was the remarkable hand-painted Chinese wallpaper with scenes from the traditional story of the Monkey King. 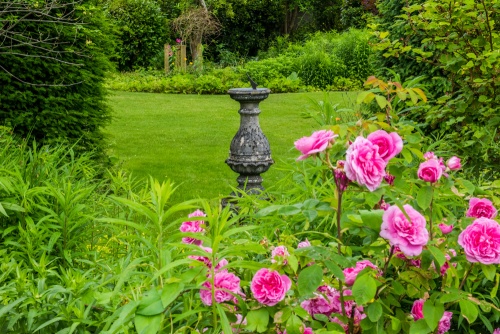 Behind the house stretch 2 acres of peaceful gardens, featuring mature trees and lush borders. Among the trees, you will see examples of yew, magnolia, birch, mulberry, and davidia. The garden is dotted with attractive sculpture including a figure of a young girl holding a bowl by the Victorian sculptor GE Wade.

In a wooded area is the bow section of the Morning Cloud III, Sir Edward Heath's racing yacht. The yacht sank in a severe storm in 1974 and two crewmen were lost. The bow serves as their memorial. The gardens run down to the confluence of the Avon and Nadder rivers.

We had a wonderful time exploring Arundells. The house is relatively small but beautifully furnished. The location is simply stunning and the rear gardens are an oasis of peace, with wonderful views of Salisbury Cathedral. Arundells is a 'don't miss' highlight of any trip to Salisbury. 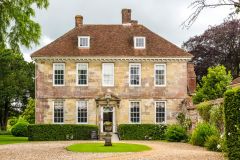 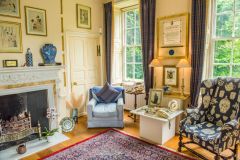 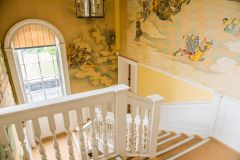 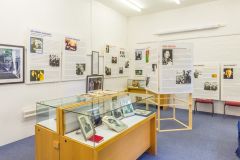 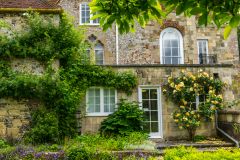 About Arundells
Address: 59 Cathedral Close, Salisbury, Wiltshire, England, SP1 2EN
Attraction Type: Historic House
Location: At the corner of West Walk and North Walk in the Cathedral Close. Simply follow signs for the cathedral and you will see Arundells on the west side of the close. No car parking.
Website: Arundells
Location map
OS: SU141296
Photo Credit: David Ross and Britain Express

More self catering near Arundells

More bed and breakfasts near Arundells