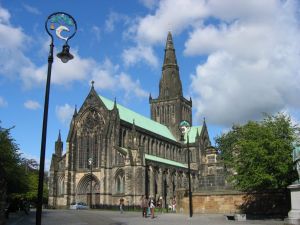 One of the finest medieval churches in Britain, Glasgow Cathedral rises over the tomb of St Mungo, the 6th-century missionary who built a cell here and helped convert the local Picts to Christianity. Mungo's tomb is in the exquisitely vaulted 13th-century crypt.

Teneu was a 6th-century princess, daughter of King Lleuddun, who ruled the area of modern Haddington. According to a manuscript held in the British Library Teneu became pregnant after she was raped by Owain mab Urien. Her father had her thrown off the summit of Traprain Law but she survived. He then had her cast adrift in a coracle, which drifted across the Firth of Forth and made landfall at Culross. Tenau's child was born at Culross and named Kentigern. The child was raised by St Serf, who was in Culross, preaching to the native Picts. Serf gave Kentigern his pet-name of Mungo, which translates loosely as 'my dear one'.

Mungo began preaching Christianity in the Clyde region, on the site where Glasgow now stands. He built his church beside the Molendinar Burn, and there he lived a simple life in a small cell, converting many of the locals to Christianity by his example. He was briefly driven out by King Morken, and travelled to Wales and then to Rome, but when Morken was replaced by Riderch Hael, he returned to Strathclyde. He gathered a large community of converts around him, a group known as 'Clas-gu', which means 'dear family'. From these words, the modern Glasgow comes. 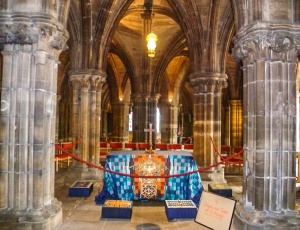 St Mungo's Shrine (c) Kim Traynor
Mungo died in either AD 603 or AD 614. The site of his cell was venerated and became a popular destination for pilgrims during the medieval period. Beside the church was a canonry, where bishops and clergy lived, and to the south of the church a civilian settlement, or burgh, grew up. Under the patronage of the Bishops, the settlement grew to become the modern city of Glasgow.

A grand Norman church was built over St Mungo's shrine in the 12th century, and it served as the seat of the Bishops of Glasgow (later the Archbishops). The church we see today is mostly 13th-15th centuries. The oldest part of the building dates from the rule of Bishop Jocelin (1174-99). A fire halted the work, which was finished by Bishop William de Bondington (1233–58). The result is a glorious example of Gothic exuberance, with exceptional carving and delicate tracery.

The medieval building is one of Scotland's rare survivors of the Reformation. Unlike other major churches, it was never rendered roofless and never damaged by reforming zealots. Part of the reason for this is that in 1583 the town council agreed to take on responsibility for the upkeep of the church. Their task was made easier by the fact that James VI gave the income of several estates to defray the cost of maintaining the kirk.

The church was divided into not one, not two, but three distinct parish kirks. The divisions disappeared by 1835 and the result is one of the finest medieval buildings in Britain. 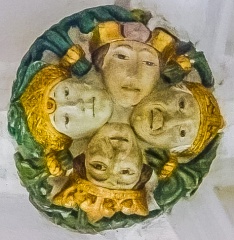 A roof boss in the Blackadder Aisle
(c) Kim Traynor

One of the best historical features inside the cathedral is the medieval pulpitum, a beautifully carved stone screen between the chancel and nave, an extremely rare surviving piece of medieval architecture in Scotland. It was built in the early 15th century, and altar platforms were added in 1503.

Another highlight is the Blackadder Aisle, built in 1500 by Bishop Blackadder. The Aisle features wonderful roof bosses, richly carved and painted. Look for the four-headed boss.

The most popular feature with visitors, however, is the shrine of St Mungo in the crypt. The shrine itself dates to the 13th century.

The crypt was built in the mid-13th century to house the ornate tomb. Also in the crypt is the tomb of Bishop Wishart, a friend of both William Wallace and Robert Bruce. Bishop Wishart was not content to watch the tumultuous Wars of Independence from the sidelines but took an active role in fighting to free Scotland from the English yoke.

Glasgow Cathedral is usually open daily, with limited hours on Sunday. Entry is free, though a donation is always welcome. There are guided tours available. The cathedral is a functioning church, but the building itself is owned by Historic Scotland.

Images are copyright as noted, republished with gratitude under a Creative Commons license

Nearby accommodation is calculated 'as the crow flies' from Glasgow Cathedral. 'Nearest' may involve a long drive up and down glens or, if you are near the coast, may include a ferry ride! Please check the property map to make sure the location is right for you.

More self catering near Glasgow Cathedral >> 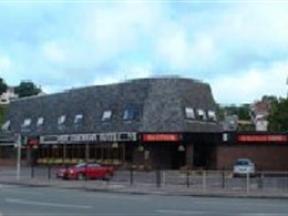 Embracing a bygone age of weary travelers and arduous coach journeys, The Coachman Hotel is a Lanarkshire Hotel situated in the midst of the picturesque scenery of Kilsyth. Offering guests an environment imbued with all the natural warmth of the town?s rich legacy, this Luxury Hotel in Lanarkshire is beautifully … more >> 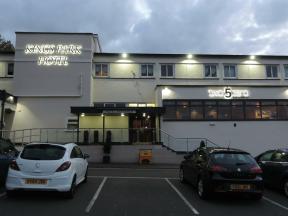 The Kings Park Hotel is a hotel for people who expect and appreciate the finest Scottish standards. Visiting Scotland is a unique experience so treat yourself to the best accommodation and service. more >>