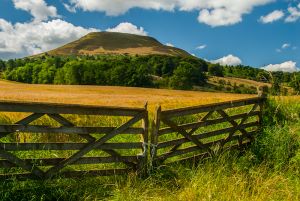 This striking group of hills are a landmark in the Scottish Borders, visible for miles. The Hills are a treasure-trove for archaeologists, botanists, geologists and ornithologists, and offer a mix of peat bogs, grassland, and acidic heath, on a base of volcanic rock. The hills are particularly rich in bird life, with woodland, water, and heath birds aplenty, in addition to the star species, the red grouse. The highest point of the hills reaches 422 metres and overlooks Teviotdale.
In local folklore, Eildon is said to be a 'hollow hill' and is mentioned in the story of Thomas the Rhymer. Sir Walter Scott embellished the local tales and created the myth of a horse trader who is taken inside the hill at night and discovers King Arthur and a band of knights asleep. He blows a horn and is magically expelled from the hillside where he tells the story to passing shepherds before falling dead on the spot.

The first settlers probably arrived around 7000 BC and was certainly occupied permanently by 1000 BC. Over 5km of earthworks enclose an area of roughly 16 hectares, inside which are 300 platforms cut into the underlying rock to provide a base for huts. The scale of the enclosure suggests that there may have been as many as 6000 residents at the height of the site's population. This would make Eildon the largest population centre in Scotland at the time.

The site may have had special sacred significance, and been a gathering place for ceremonial purposes. There are several ancient holy wells at the base of the hills. These were later dedicated to Christian saints, but it seems highly likely that the Christians merely adopted springs that were already sacred to an earlier culture.

The Romans arrived in AD 80 and built a fort below the settlement on the river bank and called it Trimontium after the three peaks of Eildon Hills. They built a signal tower within the hillfort, suggesting that it had already been abandoned by that time by the Celtic tribes.

You can still see the Celtic fortifications, including hut outlines, earthworks, and ramps. Perhaps even more intriguing are features thought to be sacred temples or groves.

On the middle of the three peaks is a monument to Sir Walter Scott.

From Melrose, take the B6359 road and turn left at Eildon Walk signpost, cross the bridge and follow the footpath for a panoramic walk. At the north east foot of the hill, just off the A6091, stands a memorial to Thomas the Rhymer, and you can join a trail to the top of the Hills from beside the monument. You can also follow the St Cuthbert's Way footpath from the centre of Melrose, for a more direct (and steeper) route. We visited the Rhymer Stone, and I couldn't take my eyes of the Eildon Hills the whole time we were there! 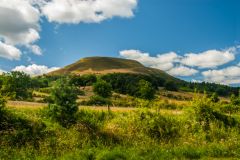 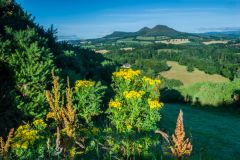 More self catering near Eildon Hills >> 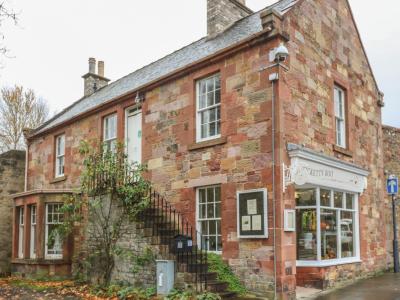 This first floor apartment rests in Melrose, Scottish Borders and can sleep two people in one bedroom.
Sleeps 2 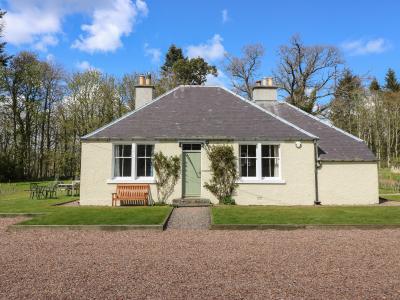