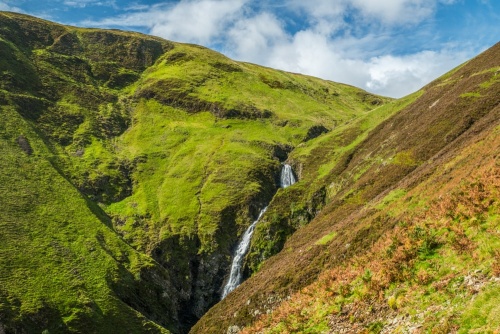 The Grey Mare's Tail is a spectacular 60m (200-foot) waterfall, tumbling down the deep gorge of Tail Burn from Loch Skeen to the valley of Moffat Water far below. The waterfall is just part of a National Trust for Scotland nature reserve, offering fabulous upland scenery and walking opportunities.

From the National Trust for Scotland parking area off the A708, you can take a 10-minute walk for a good viewpoint of the falls. Though that is probably all that most visitors will do, there is a lot more to do in the reserve.

If you are feeling a bit more adventurous you can tackle the ascent of White Combe, the highest hill in Dumfries-shire at 2694 feet. At the top are a pair of mounds thought to be burial cairns erected as much as 4,000 years ago. From the summit, you get even better views of the waterfall.

Or you can take the trail that leads directly past the falls, beside Tail Burn, to Loch Skeen itself. You get much better views of the waterfall from the trail than you do from the viewing platform near the bottom. Loch Skeen is the highest upland loch in the Southern Uplands, at just over 500m above sea level. 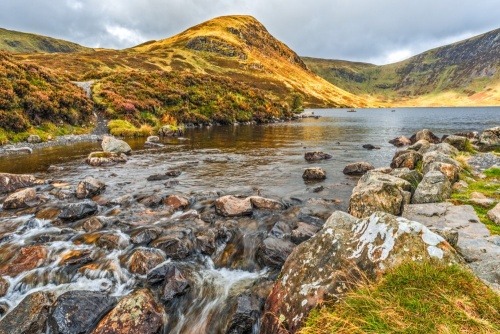 Just east of the trail are the ruins of drystane buildings, summer shelters for shepherds. As you reach the loch shore you will see a small islet just offshore; this once held a nest of bald eagles, but the last eagle was killed in the 19th century. Within the clear waters of Loch Skeen live Britain's rarest freshwater fish, the vendace.

It took us about one hour to walk the trail up to Loch Skeen, with stops to take photos and to enjoy the spectacular view, and about 45 minutes to walk back down. If you want to follow the trail around the loch you can easily add at least another 30-45 minutes to that total.

At the northern edge of the nature reserve is Dob's Linn, an important geological site that is famous for its fossils. Back in 1864, an amateur geologist named Charles Lapworth was studying the rock formations at Dob's Linn when he discovered that he could determine the age of a rock layer by examining fossil graptolites (a minute sea creature) embedded in the later. Dob's Linn is still used to date rocks of a similar age from across the globe. 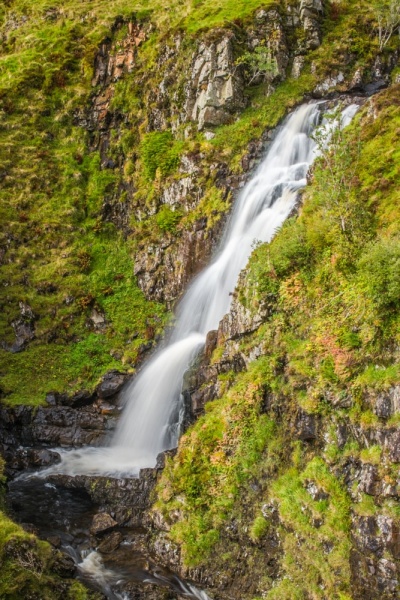 The Grey Mare's Tail is the 5th-highest waterfall in Britain, tumbling down from a hanging valley in a spectacular landscape setting. Sir Walter Scott was impressed by the falls, for he was moved to write a poem extolling their virtues:

Where deep deep down, and far within
Toils with the rocks the roaring linn;
Then issuing forth one foamy wave,
And wheeling round the giant's grave
White as the snowy charger's tail
Drives down the pass of Moffatdale.

There is much more to the nature reserve than just the waterfall, however. The reserve is home to rare upland flora that thrive in the lime-rich soil, and a wealth of wildlife including wild goats which you can often see clinging to the steep-sided slopes. The oblong woodsia, one of the rarest ferns in Britain, has been introduced to the Grey Mare's Tail nature reserve as part of a species recovery programme. There is a protected area of this small fern near the car park.

The reserve has been named a Special Area of Conservation and is a magnet for hill-walkers, botanists, and birdwatchers keen to spot peregrines or ravens. Peregrin falcons nest on the rocky crags surrounding the waterfall, and ospreys sometimes hunt around the loch. 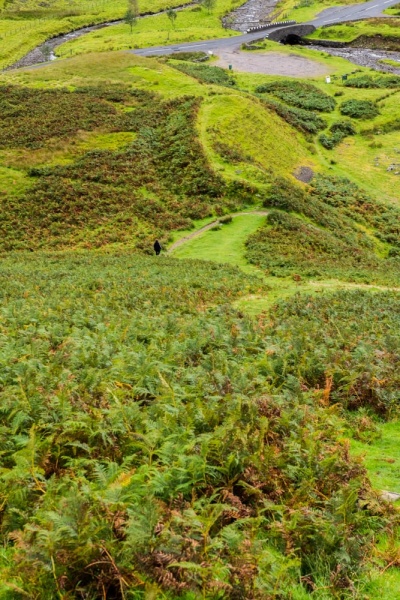 Looking down on the Giant's Grave Iron Age fort

The upland fields are criss-crossed by drystane dykes; traditional stone walls built without mortar in the 18th century.

And there's ancient history in the reserve; near the waterfall viewpoint on the east side of Tail Burn is the 'Giant's Grave', which has nothing to do with giants and isn't even a grave! It is instead an Iron Age earthwork, and more properly known as Tail Burn fort. The 'fort' is defined by a bank and ditch built about 2,000 years ago.

But even the name Tail Burn Fort may be misleading for it may not be a fort at all, but a turf enclosure made for ritual observances. The Iron Age inhabitants were not the only ones to make use of the remoteness of the area; in the turmoil of the late 17th-century religious upheavals, a group of Covenanters sought refuge here.

This was the terrible period known as 'The Killing Time'. The Covenanters rebelled against the Crown on religious grounds and in retaliation, the Crown proclaimed that anyone attending an unauthorized church service was to be executed for treason. John Graham of Claverhouse ('Bloody Clavers') was given free reign to kill suspected Covenanters, many of whom fled to the Southern Uplands hills around the Grey Mare's Tail.

One of the Covenanters was Halbert Dobson, who sheltered at what was later named Dob's Linn in his honour. The rebels kept a lookout at Watch Knowe to keep an eye out for approaching government troops from Moffat. The Covenanters made use of the boggy ground around Loch Skeen, which could be crossed on foot but was difficult for the mounted government troops. 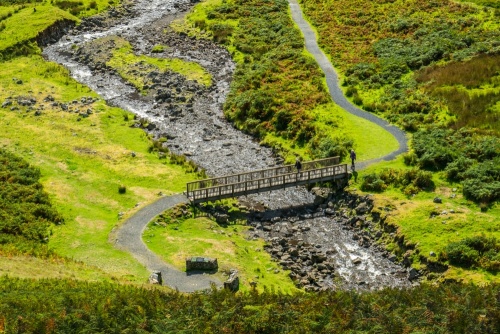 The footbridge across Tail Burn

There are guided walks in summer, but the main walking trails are very well maintained and worth taking at any time. Note that the parking area is pay and display, though parking is free for NTS and National Trust members. When we visited there was a brochure dispenser with an honesty box to pay for the brochure, which included a map of the site and information about its geography and geology.

Don't mistake this Grey Mare's Tail for another waterfall of the same name in Galloway Forest Park, well to the west.

The Grey Mare's Tail is included in our list of 22 Beautiful Scottish Waterfalls. 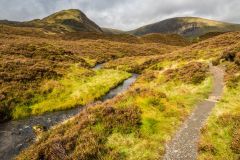 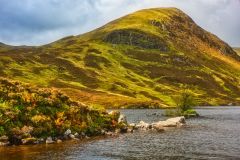 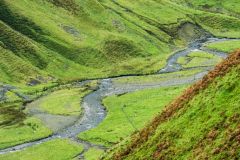 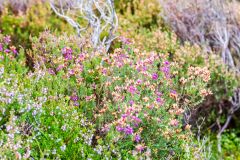 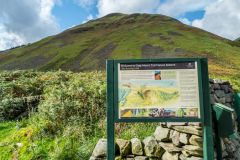 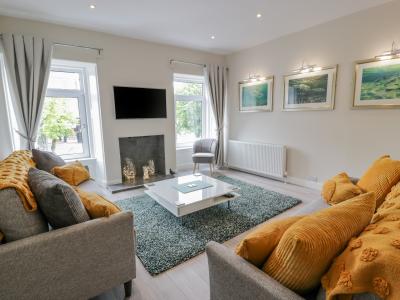 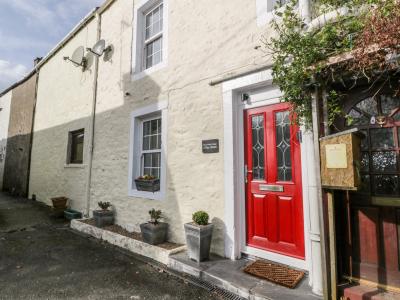 This superb cottage rests in Scotland and can sleep four people in two bedrooms.
Sleeps 4