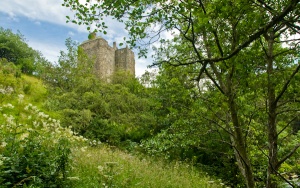 Neidpath Castle stands in a commanding position on a rock cliff overlooking the River Tweed, just outside Peebles. The oldest part of the castle is a tower house erected in the late 14th century. Due to the shape of the crag on which the castle stands the tower is not rectangular in shape, but describes a parallelogram.

The tower remains remarkably unaltered until the late 16th or early 17th century when the upper two storeys were remodelled to create a more comfortable residence. Further rebuilding took place from 1653-1686.

The origins of Neidpath follow the fortunes of two families; the Frasers and the Hays. Sir Gilbert Fraser probably established a castle here around 1190. His grandson, Sir Simon Fraser II, was executed with Sir William Wallace in 1307 (you'll remember the highly dramatised scene from the film Braveheart).

Shortly after, Neidpath was passed by marriage to the Hay family, and it stayed in Hay hands until 1686. It was probably Sir William Hay (d. 1390) who built the tower house which is the oldest part of the current Neidpath Castle. 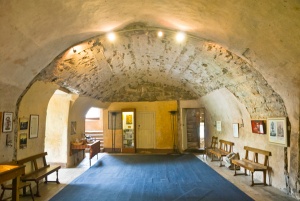 When Sir William's grandson married into the Gifford family he moved the family seat to Yester, but Neidpath continued to be used. Mary, Queen of Scots visited Neidpath in 1563, and her son, James VI, in 1587. In 1645 the Marquess of Montrose is said to have stayed at Neidpath after his defeat at Philiphaugh (he actually tried to seek shelter at Traquair House but was denied entry).

High drama ensued in 1650. When Oliver Cromwell invaded Scotland he sent a force under General Lambert to take Neidpath. Accounts of what happened next are confused; some say that the castle surrendered without a fight, others that Neidpath held out against the English forces longer than any other castle south of the Forth.

The 8th Lord Hay was created Earl of Tweeddale by Charles II. The 2nd Earl made improvements to Neidpath but fell upon financial hard times and was forced to sell the castle to the Duke of Queensberry in 1686. In a curious twist of fate William Douglas, the second son of the Duke, married Lady Jean Hay, who had been partly raised at Neidpath, and she was able to return to her childhood home. 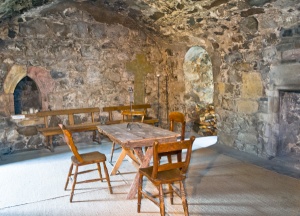 Douglas and Lady Jean had three daughters, and one of the daughters, also named Jean, may have been the 'Maid of Neidpath' whose woeful tale prompted both Sir Walter Scott and Thomas Campbell to write a tale of love lost. Though the poetry is tearful, the true-life tale is less so; Lady Jean and her lover, son of the Lord of Tushielaw, had a son who became the 2nd Earl March. The 3rd Earl let out Neidpath to tenants, including the Scottish historian Adam Ferguson. Sir Walter Scot visited Ferguson at Neidpath and must have learned the tale of Lady Jean from him. William Wordsworth also visited in 1803.

The 4th Duke became a successful landlord and spent no time at Neidpath. He moved to London, where he lived a fashionable life, and his only memorable connection with Neidpath came in 1795 when he had all the trees and gardens on the slope below the castle cut down. A furious Wordsworth wrote a sonnet that castigated the Duke for this destructive act. The castle eventually passed to the Earls of Wemyss, who remain owners to this day. 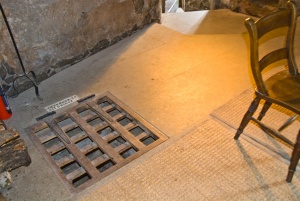 The original 14th-century tower was built of two wings, each three storeys high, though later these were subdivided into five floors. The entire first floor is occupied by the great hall, with the kitchen filling the first-floor wing. Other service rooms were cleverly crammed into the thickness of the walls.

The cellar of the main block housed storage vaults, but the basement of the wing was used as a pit prison. The access hatch of this prison is a lattice grill set in the floor of a chamber off the hall. It provides a rather grim reminder that life in medieval times was not always pleasant!

East of the castle are traces of a terraced garden which is mentioned in documents as far back as 1581. On the far side of the Tweed, an enclosure wall shows where an old deer park for the castle was located. There are footpaths down to the river, with wonderful views back up to the castle. 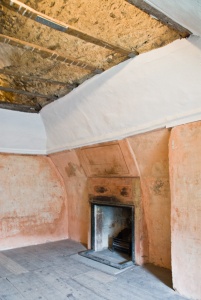 Since our visit, the castle has undergone considerable refurbishment, so it looks a lot more posh in the interior than it does in our photos! When we visited several of the upper chambers were in dire condition, and badly in need of restoration, but I'm very pleased to see that the owners have done a very nice job of restoring these chambers. Neidpath is a very atmospheric place, and you really do get the sense of being in a medieval dwelling where life was not always comfortable!

Note ... Note ... Note ... when we visited Neidpath it was regularly open to visitors. In the meantime, the owners have decided to discontinue regular opening hours and now cater to events like weddings and private parties.

You can still arrange a private tour - and it will be an enjoyable experience - but unfortunately, you'll have to arrange a pre-booked tour ahead of time (see the castle website for details). I do hope they reconsider in future and make Neidpath easier to visit; it truly is a very enjoyable historic site and it's a shame that more people, especially families, won't easily be able to experience it. 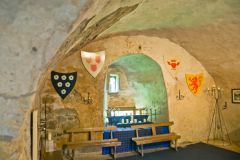 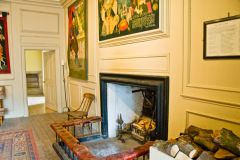 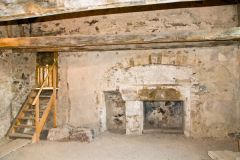 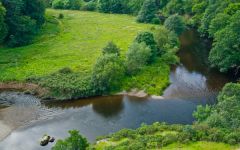 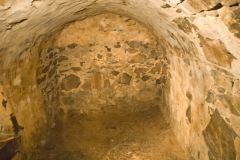 More self catering near Neidpath Castle

Self Catering near Peebles