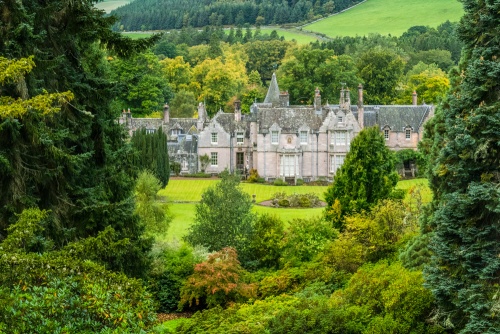 Dawyck is one of the finest arboreta in Britain, if not the world. The arboretum offers a lush display of colour throughout the year. The garden is set within the Dawyck Estate, in the beautiful landscape of the Scottish Borders.

Highlights include the Azalea Terrace, which offers a brightly coloured display in spring. One often-photographed feature is a Dutch bridge, overlooked by Douglas firs. Near the bridge is a small waterfall on Scrape Burn, where you can find snowdrops in spring.

There are old larches and a Beech Walk offering excellent views to Dawyck House. The garden is decorated with Italian stonework commissioned by Sir John Naesmith (or Naesmyth), who once owned the garden. Sir John is also responsible for the decorative urns that act as focal points throughout the gardens.

Another feature is Dynamo Pond, created to provide water for a small-scale hydroelectric scheme that generated electricity for Dawyck House. Beside the pond is an ancient larch that is among the oldest trees in the garden. 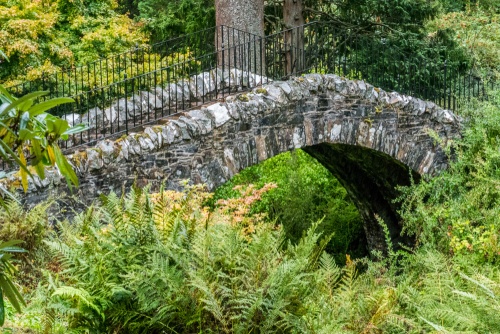 The garden is not reasonably well signposted. It is located on the B712 south of Stobo, reached from the A72 to the north or the A701 to the west.

We visited Dawyck late on what was, frankly, a miserable, wet, cold, and windy autumn day. The sort of day when you really want to spend time over a hot drink in the visitor centre cafe and admire the gardens from a safe distance. But, since we had made a special trip to visit the gardens we decided to make the most of it, bundled ourselves up beneath layers of somewhat waterproof outerwear, and braved the elements. And, oh, how glad we were that we did!

Exploring Dawyck, even in conditions like those, was an absolute delight. We were bowled over by the beauty of the gardens and the sheer variety of trees and shrubs from around the world. There seemed to be something new and fascinating around every corner. That's what really makes Dawyck so special; the wide variety of trees, with such contrasting size, shape, and colour. 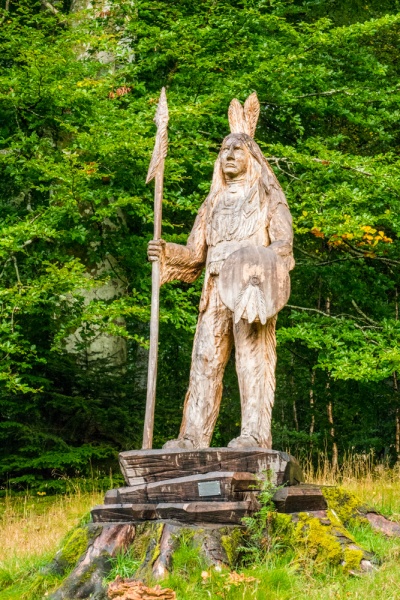 Many of the trails wind along the sloping hillside on either side of a small burn, and you can often spot an interesting shape or splash of unusual colour from across the burn as you go.

One striking oddity is the Nepal Seat, a stone-sheltered seating area in Nepalese style reflecting the garden's links to Nepal. Many of the surrounding plants were collected by Royal Botanic Garden Edinburgh staff on expeditions to Nepal.

Most of these Sino-Himalayan plants were gathered in the wild at altitudes over 3000m (9000 feet above sea level). Included amongst these high-altitude Nepalese plants are birch and rowan varieties as well as cotoneaster, berberis, and spiraea shrubs.

Near the garden entrance is a sculpture depicting plant-hunter David Douglas, carved from a solid tree trunk. Overlooking the burn is another tree sculpture, depicting a Native American carrying a spear and shield. 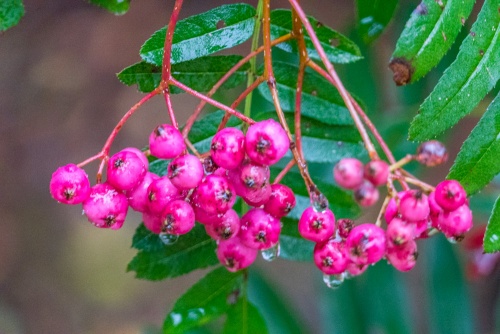 Sorbus Monbeigii, a native of China

Within the garden is a 19th-century chapel built by Sir John Murray Naesmyth. Sir John demolished a ruinous medieval chapel on the site in 1837 and erected the current building to act as a chapel and family mausoleum. Within the chapel is a medieval font and a 17th-century bell, recast in 1791. Unfortunately, the chapel is usually locked and there is no access from the garden, but it does act as a focal point for the eastern part of the garden. 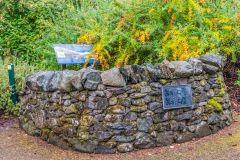 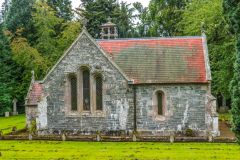 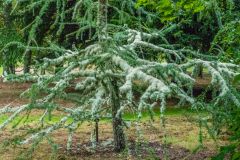 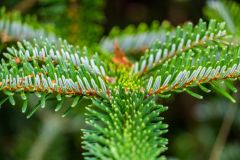 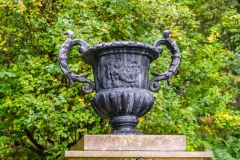 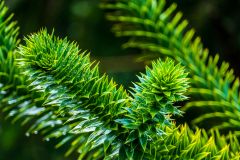