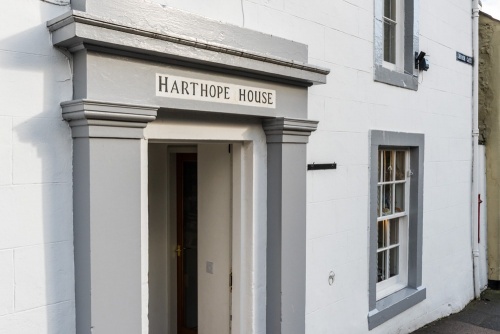 Moffat Museum is a delightful local heritage museum in the historic spa town of Moffat. The museum is located in the town's former bakehouse and the original town baking oven is set into the museum wall. Within the museum are a wealth of fascinating objects covering Moffat's heritage, from a Neolithic longbow to a Roman brooch.

This is the best place to start exploring the museum. Here you can watch a 7-minute video tracing the history of Moffat from its origins to its days as a fashionable spa town. In this room is a collection of fascinating factsheets giving more information on things covered in the video.

This large ground-floor area has exhibits that highlight artefacts from different time periods in Moffat's history. These exhibits span the gamut from the geology that formed the landscape we see today to how Moffat developed as a spa destination.

Two key exhibits are worth mentioning. One is the Rotten Bottom Longbow, the oldest preserved bow in Britain. It was found by a walker at Rotten Bottom a few miles north of Moffat. The example we see here is a copy of the original which is at the Museum of Edinburgh. 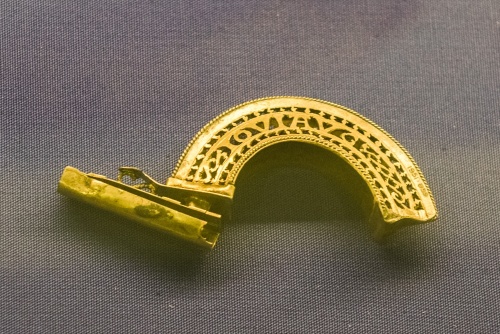 The other item is a superb Roman gold fibula, also found just outside Moffat (a fibula is a pin, or brooch used to fasten garments using the safety-pin principle). This example is inscribed in Latin with 'IOVI AVG' and 'VOT XX', while the word 'PORTO' is carved on the reverse.

It seems likely that the inscription refers to the 20th anniversary of Emperor Diocletian's reign in AD 303. It is possible that the fibula was a symbol of office used by the Western Roman Emperor Constantius Chlorus that was lost during his expedition to southern Scotland (which he knew as Caledonia) in AD 305-6. The fibula was found buried in the peat at Ericstanebrae in 1787.

In a display case is a sword and scabbard from an 18th-century government redcoat soldier. Another display case holds the Moffat Provost's robes of office. 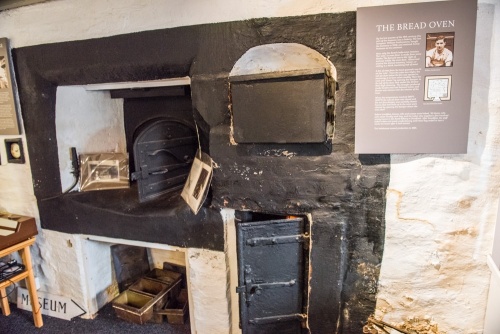 The Old Bakehouse oven in the museum wall

This small room is lined with a photographic 'streetscape' based on drawing made by a former resident of Moffat. You can get a Town Trail Map for more information on the buildings featured in the streetscape drawings.

At the back of the main building, you reach the Old Bakehouse which, as its name suggests, was once the town bakehouse. Here you can see the original Scotch oven built into the wall. There is also a working model of the former railway station as well as a temporary exhibit area.

On the wall is a display case holding the mail-coach bugle used by James McGeorge, the guard on the Edinburgh to Dumfries Royal Mail route. On 1 February 1831 McGeorge and his fellow mail worker John Goodfellow set out on their service during a dreadful snowstorm. When the snow forced the coach to stop, McGeorge and Goodfellow kept going on foot, carrying the mailbag themselves. Both men died in the snow, and are buried in the Old Churchyard just a stone's throw from the museum.

This display area is full of exhibits on people associated with Moffat. Here you can see pieces of historical costume, such as a bonnet and a child's leather boot. We spotted a glove stretcher and a peculiar scissors contraption used for trimming candle wicks. Then there is a tawse, a leather strap used for beating unruly students. On a much happier note, there are historical wooden-shafted golf clubs. 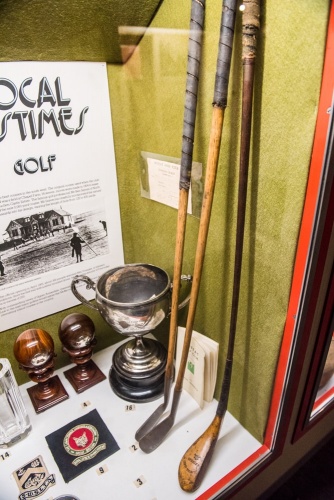 Behind the Old Bakehouse is a cobbled area used for bakehouse access. The yard is home to agricultural tools and a stone dyke built locally. You will also see signage from the old rail station, easily spotted by its striking blue and white lettering.

The museum sponsors a fascinating project called 'Moffat Voices', creating an oral history of Moffat by recording and transcribing local people's stories about living and growing up in the area. The museum also has a large collection of historical photographs focussed on local residents, events and railways.

Moffat Museum is great fun to visit. We enjoyed our visit a great deal. I especially enjoyed the collection of extremely useful historical factsheets like one on John Graham of Claverhouse, the government soldiers known as 'Bloody Clavers' for his ferocious treatment of Covenanters during the 17th-century religious turmoil known as 'The Killing Times'. Another factsheet looked at the discovery of the mineral springs that made Moffat a popular spa town.

The museum is extremely easy to find. It is on the east side of Churchgate almost opposite St Andrew's Church and very close to the historic Black Bull Inn. There is no dedicated parking but there places to park on High Street, a few minutes stroll away. 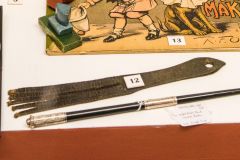 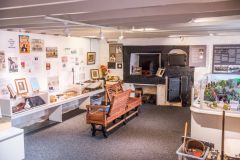 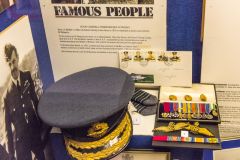 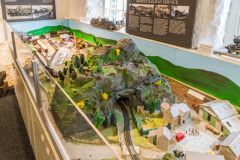 More self catering near Moffat Museum