HERITAGE HIGHLIGHTS:   Associations with the King Arthur legends and with St Kentigern (Mungo) 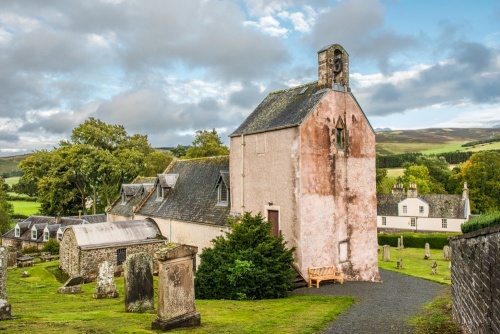 Stobo is one of the oldest religious sites in the Scottish Borders, with roots going back to the 6th century. According to tradition, the original church at Stobo was founded by Kentigern, more popularly known in Scottish history as St Mungo.

There may be truth to the tale, as Mungo is known to have established numerous churches in a broad swath across southern Scotland in his role as archbishop of the Kingdom of Strathclyde. Stobo church was the mother church of smaller chapels at Kingledoors, Tweedsmuir, Dawyck, Drumelzier, Broughton, Glenholm, and Lyne.

Mungo's church was replaced by the current building in the 12th century, at which time it consisted of a nave, sanctuary, and west tower. The tower was later rebuilt in the 16th century, in a form reminiscent of traditional fortified tower houses. 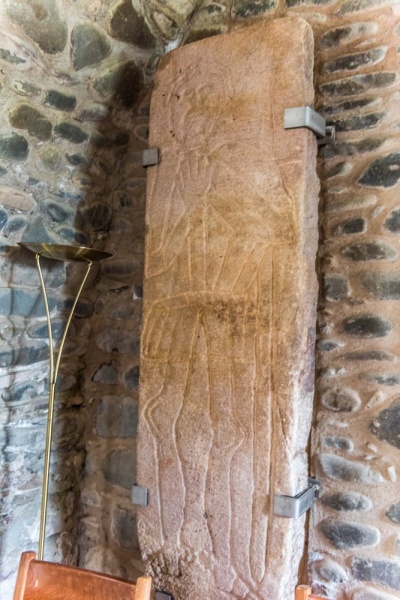 There is a transept chapel on the north side, added in the 15th century. It was at one thought that the north aisle chapel was a very early hermit's cell, associated with the foundation of the site. An ancient standing stone has been built into the wall of the chapel, and there are grave slabs to an unknown knight, the local miller, and the 14th-century slab of Robert Vesey. In the nave is a Celtic cross, now much worn, found during restoration work.

One fascinating story associated with Stobo Kirk links it with Arthurian legend. Tradition says that St Mungo baptised Merlin Sylvestris on a large stone a few miles away from the current church location. This 'altar stone' is now inside Stobo church.

Merlin Sylvestris was a pagan hermit, one of several characters whose stories were merged in the popular imagination to create the wizard Merlin of Arthurian folklore. A stained glass window in the church commemorates the baptism of Merlin by Kentigern. 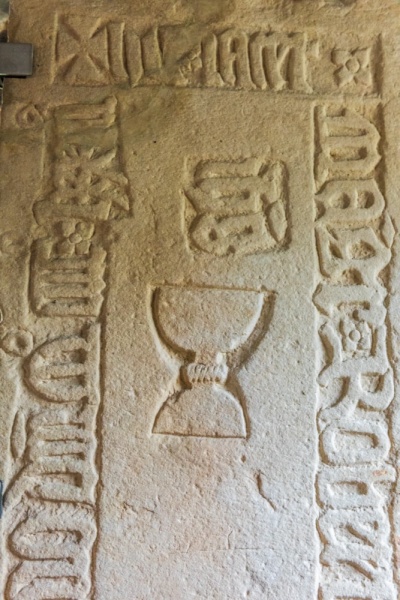 The oldest parts of the church to survive include 12th-century lancet windows in the chancel, and a pair of simple arched doorways. The north doorway has a door made from a single plank of cedar from Dawyck. There are also fragmentary traces of medieval wall painting still remaining.

When we visited there was no apparent guidebook or information boards for visitors, which did make it a bit harder to find all the historical features of the church. The medieval grave slabs are easily discovered on the north wall of the north transept chapel. 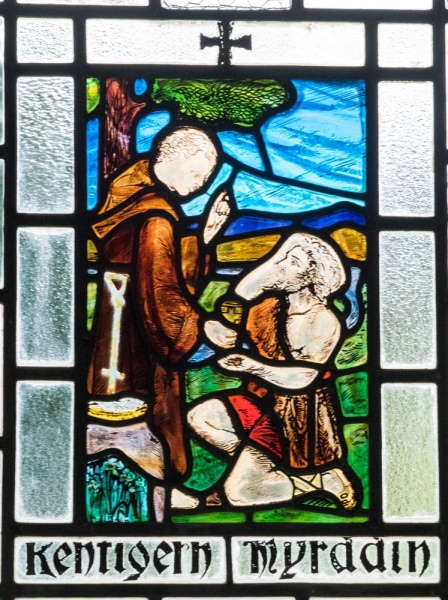 Outside the south porch entrance is a glass case containing a set of jougs; an iron collar used to punish offenders. The collar was put around the criminal's neck and fastened with a padlock. A chain connected to the collar and the other end of the chain was fixed to the church door or to a nearby tree. The jougs look to be a seriously uncomfortable piece of equipment and must have caused great discomfort to the person being punished. There is no record of when they were last used in Stobo.

The church is usually open during daylight hours. It is easy to find, but if you are using the official postcode for your satnav, take care! The postcode led our satnav to a point near the drive to Stobo Castle hotel. The kirk is actually located about a mile to the north of that, immediately off the B712 road from Peebles. Just watch for a small sign pointing to the church drive to the west of the road. The church is located at grid reference NT182376. 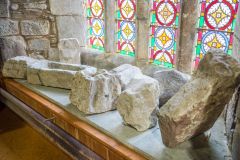 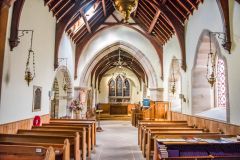