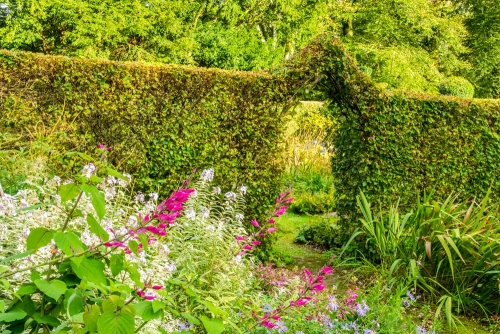 Just two miles from the historic spa town of Moffat and set in a superb location beside Craigie Burn is Craigieburn Garden, a taste of the Himalayas in southern Scotland. The garden features many Himalayan plants and is full of unexpected touches of the Himalayas, including traditional shrines and prayer flags.

But Craigieburn is about more than introducing unfamiliar plants into a Scottish setting. The garden is a delightful mix of formal and informal areas, woodland walks, fanciful topiary, formal hedges and lawns, and glimpses of Craigieburn House, a late 18th-century two-storey house that incorporates an earlier tower house.

Poet Robert Burns would probably recognise the house; he came to Craigieburn in the late 18th century and was inspired by the natural beauty of the site to call it a place of 'spreading leaves and flowers,  the wild birds singing'. 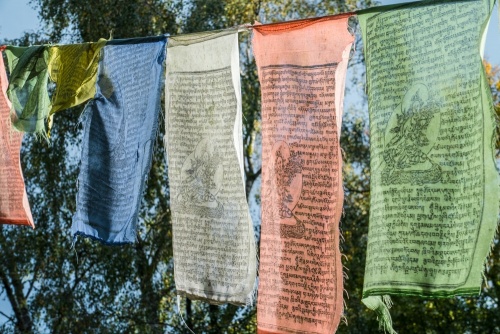 Burns would not recognise the gardens, however, that extend almost to the doors of the historic house. They are relatively modern, a collaboration between Janet Wheatcroft and Dawa Sherpa, a former Everest climber.

At the bottom of Craigieburn are the earthworks of a prehistoric fort but those features are not incorporated into the garden.

The six-acre garden is protected by mature trees like beech, oak and ash, and at the garden entrance there is a nursery where you can purchase plants grown at Craigieburn. 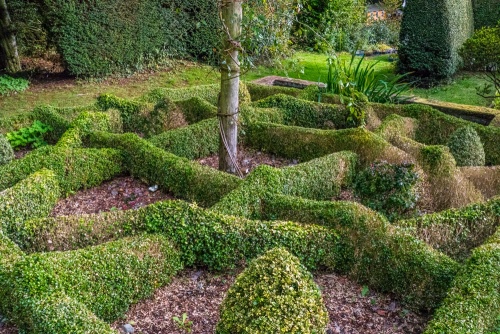 Clipped hedges and borders are a garden feature

One of the Himalayan plants at Craigieburn is the meconopsis, more commonly known as the Himalayan Blue Poppy. Meconopsis are notoriously hard to grow in British conditions but at Craigieburn they thrive in moist, shaded beds, sheltered from direct sun and wind. They grow in profusion on the slopes of Craigie Burn, which runs down the western side of the garden.

Another unusual plant in the gorge of Craigie Burn is the Himalayan strawberry (Fragaria daltoniana) which is rarely, if ever, found in Britain. The glossy strawberry plant was a volunteer in a shipment of plants from Nepal and the gardeners didn't even know they had planted it until it began popping up in the garden.

Another unusual variety is Primula geraniifolia, which looks more like a geranium than a primula, then there is a very striking blue clover or 'Shamrock pea' (Parochetus communis). 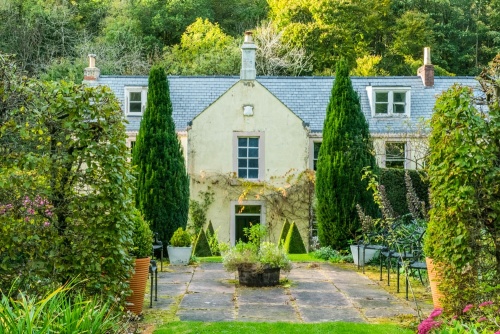 What makes Craigieburn so intriguing is the mix of formal and informal areas, with garden rooms formed by clipped hedges topped by topiary animals, with the unusual pieces of artwork scattered throughout as well as several areas in the upper garden with a profusion of Nepalese prayer flags and shrines. It is always surprising and thought-provoking, and wonderfully colourful.

Craigieburn is worth seeking out. We came late in the afternoon of an overcast day in autumn. It was so late in the day, in fact, that there were no other visitors. We had the opportunity to enjoy exploring the garden with no one else around, and it was an absolute delight. 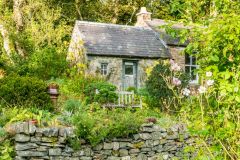 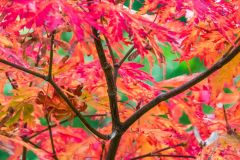 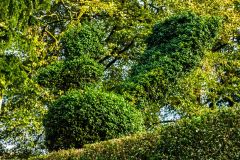 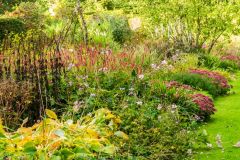 More self catering near Craigieburn Garden