HERITAGE HIGHLIGHTS:   Authentic recreation of a 500 BC crannog 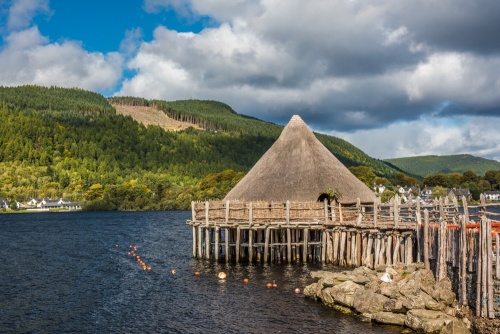 Scottish Crannog Centre, Loch Tay
Walk out to a manmade island in Loch Tay to investigate an authentic recreation of a 2500-year-old crannog, an ancient loch dwelling. View underwater discoveries, and try out ancient crafts.

What is a crannog?

Beginning around 2500 years ago, a new type of dwelling emerged in Scotland and Ireland. The crannog was a purpose-built island in a loch, often linked to the shore by a causeway of timber.

Crannogs are slightly different in different areas, making use of local materials, but here in Perthshire, they were roundhouses built of timber, supported on timber piles driven deep into the mud of the loch bed.

The dwelling usually supported a single family or an extended family group. In some areas, stones were piled into the loch to create a more solid base for a stone-built house on the island.

Crannogs often look like a small tree-covered island in a loch, though you can often see the submerged outline of a crannog just below the water surface. Several hundred crannogs have been found in Scotland (and one in Wales) but so far very few have been excavated. 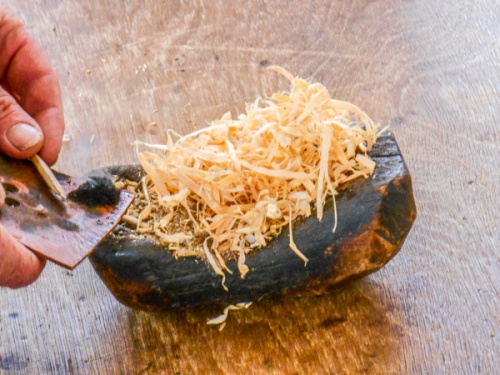 The Crannog Centre aims to recreate the world of the people who built crannogs around Loch Tay. The recreated crannog that acts as the centrepiece of the visit is modelled on the Oakbank Crannog on Loch Tay, built about 500 BC. It is as authentic as possible and was built using tools and methods known to have been used at the time the Oakbank Crannog was built.

The Oakbank Crannog was investigated by diving archaeologists, who found a remarkable array of timber, food, eating utensils, and cloth. One spectacular find was a butter dish with bits of butter still adhering to the sides.

The divers discovered seeds, herbs, fruit, and pollen, all giving us a picture of how the crannogs were built, and how the inhabitants lived. A paddle blade and steering oar have been unearthed, but even more amazing was the discovery of a log boat, hollowed from the trunk of a single oak tree. The boat was carved about 1500 BC, long before the crannog was built.

The dwelling is a thatched roundhouse, reached by a timber causeway. The walls are made with hazel intertwined and stuffed with sheep fleece to keep out the drafts. Herbs and plants hang from the rafters, and near the door is an animal pen. The interior is divided into sleeping and storage areas. At the back of the hut is a loom, displaying a piece of cloth found at the Oakbank Crannog.

What we really enjoyed was the demonstration of traditional skills and tools. A guide showed how the crannog-dwellers made fire, and how they wove cloth, and we got to try our hand at using a foot-lathe to drill a hole in solid rock to make a loom weight.

There are frequent events with costumed guides storytelling, and performing music. You can see how the inhabitants ground grain and turned wood. There is a very good learning centre with exhibits on how the crannogs were excavated and what sort of finds the archaeologists made. The Scottish Crannog Centre was a great fun to visit; a combination museum, history lesson, and hands-on experience of Scottish history. 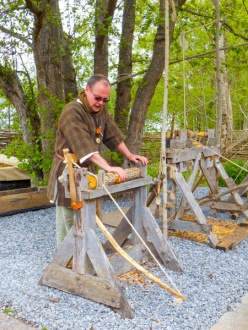 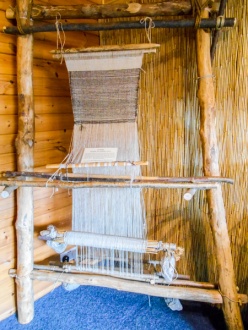 A loom inside the crannog hut

This semi-detached cottage rests close to Kenmore in Scotland and is able to sleep six people across three bedrooms.
Sleeps 6