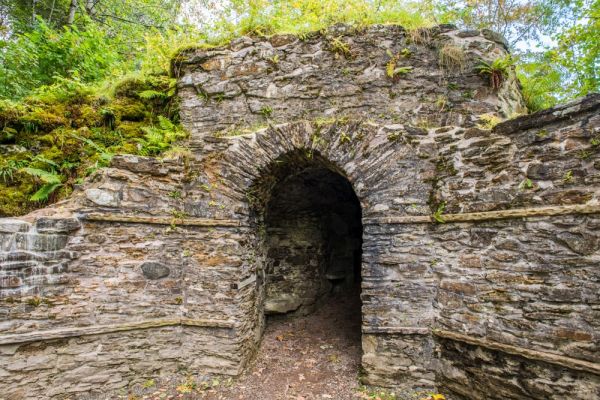 Follow a dark and twisting tunnel, built around 1790, to an octagonal viewing platform structure like a hermit's cave, or grotto, overlooking the spectacular Falls of Acharn.

Tradition says that the odd octagonal building and viewing platform above the waterfall at Acharn was built by a hermit, hence its popular name of The Hermitage. Though it sounds good, the story is just that; a story.

The odd building is a folly, erected around 1790 and reached by a long, dark tunnel of stone, 20 metres in length. It is similar in style to Ossian's Hall, at The Hermitage north of Dunkeld, and built for the same purpose; to create a sense of drama and mystery, guiding visitors through darkness before emerging into the light for a sudden view of the waterfall across the gorge. 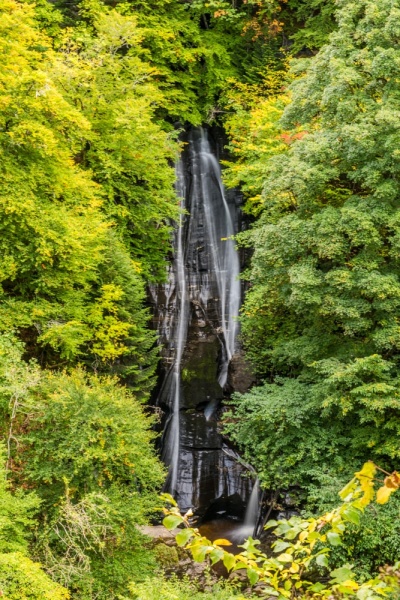 Acharn Falls from The Hermit's Cave

Dramatic viewpoints like this were part of a popular 'picturesque' movement in 18th-century designed landscapes, an attempt to create landscape 'gardens' on a massive scale, using the natural world as a huge canvas to create a mysterious effect linked to classical ideals and mythology.

The tunnel is a dark S-curve with two entrances (or, if you prefer, it is 2 tunnels linked together!). We know very little about when the tunnel and viewing 'folly' were built, but one theory is that the Earl of Breadalbane erected the structure in the 1760s. 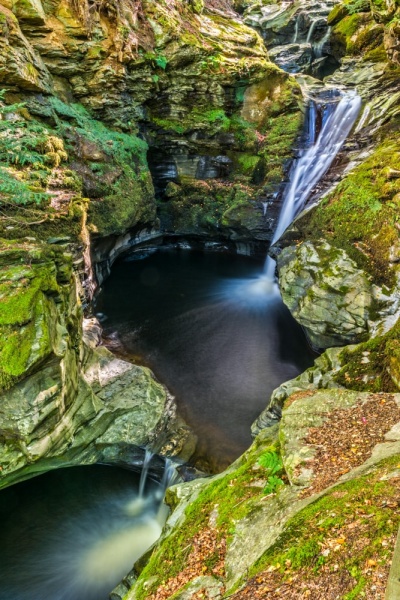 We are on firmer ground with later history, for we know that poets Robert Burns and William Wordsworth both visited Acharn.

The best way to reach the Hermitage and the Falls is to take the signposted footpath from Acharn village, where car parking is available. The trail here forms part of the Rob Roy Way long distance footpath and climbs along the west bank of Acharn Burn.

The trail rises gently through attractive beech woodland, offering glimpses of Ben Lawers across the loch, to the Falls, a distance of under a mile. Look for the obvious signpost marked 'Hermit's Cave' pointing to an arched opening in the rock. You pass into the dark cave mouth, with just enough light to see by. After 10m you come to a fork in the tunnel. 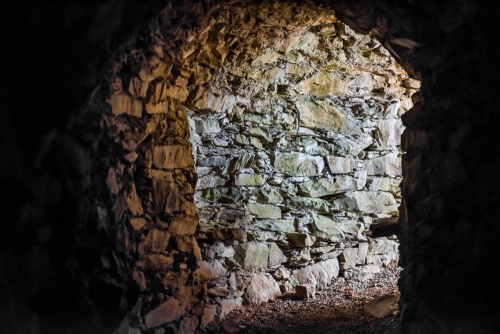 Emerging from the Hermit's Cave

The right fork leads to the upper entrance to the tunnel, but the left fork bends suddenly, passes through a tall, arched opening and emerges into the sunlight at a viewing platform jutting out over the gorge. From here you can see across to the striking plume of water of Acharn Falls on the far side of the gorge.

If you carry on up the hill past the Falls you will come to a small stone circle of 9 stones, only 4 of which are still standing.

You can then take the signposted trail down the east side of Acharn Burn, making a very enjoyable circular walk about 2 miles long. 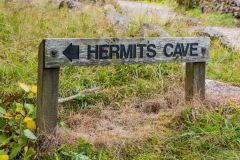 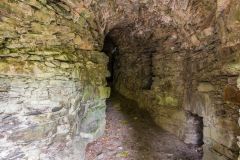 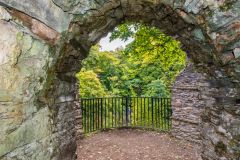 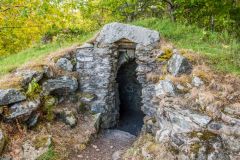 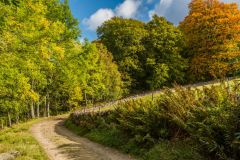 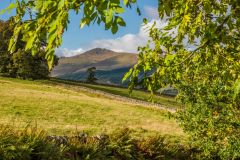 More self catering near Acharn Hermitage >>