House of the Binns 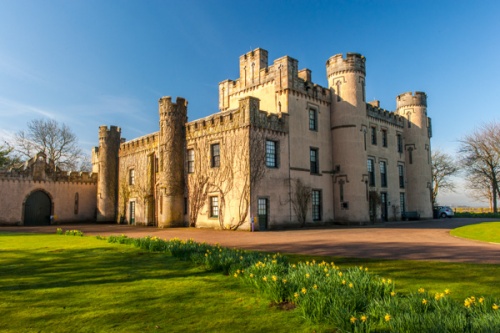 House of the Binns

The House of the Binns has been the home of the Dalyell family since 1612 when it was built by a rich butter merchant, Thomas Dalyell. Dalyell purchased the property from Sir William Livingstone, paying 38,000 marks for the estate. At that time there was a medieval house on the site, dating to the 14th century. Dalyell had a new house built on the older foundations.

In 1630 Dalyell commissioned a series of ornate plaster ceilings to mark a planned visit by Charles I. The beautifully decorated ceiling of the King's Room is one of the highlights of the interiors at Binns. The house was remodelled in the 1740s by Sir Robert Dalyell, who extended the building to the south with a dining room and morning room. Sir Robert's son James called in architect William Burn to remodel the house yet again, transforming it into a fashionable mansion in Gothic baronial style.

The collection of family mementoes is well worth exploring. You can learn the exciting tale of General Tam Dalyell, who was imprisoned in the Tower of London but managed to escape and make his way to Russia. General Dalyell is perhaps best known as the founder of the Royal Scots Greys (later to become the Royal Scots Dragoon Guards).

'Bloody Tam' also introduced thumbscrews into Scotland, and you can see an example of this gruesome instrument of torture. Perhaps the thumbscrews were the idea of the devil, with whom General Tam was said to converse.

Another famous family member was Sir John Graham Dalyell, who taught Charles Darwin. Scientific drawings made by Sir John are on display, as are letters from Captain James Dalyell, who was scalped by native Americans while fighting in the American colonies.

Aside from the ornate interiors and family collections, there is a 14th-century bakehouse oven surviving from an earlier house on the site, and a secret underground tunnel.

The house is set in lovely parkland, with trails to explore. One trail leads to a tower on a nearby hill, where you can get wonderful views to Blackness Castle and beyond. 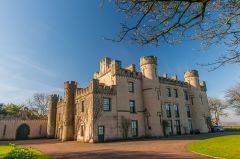 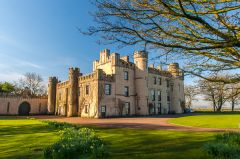 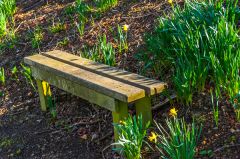 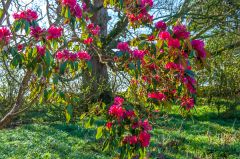 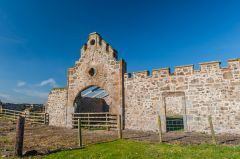 Nearest Accommodation to House of the Binns:

More self catering near House of the Binns >>

More Hotels near House of the Binns >>

More bed and breakfasts near House of the Binns >>