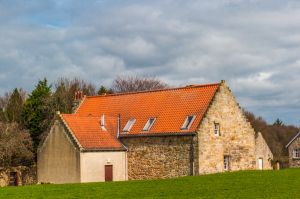 A small museum housed in the former stable block of Kinneil House, a mansion dating back to the 15th century. The museum traces the history of the Kinneil estate from Roman times through to the present day.

A short distance from the museum is a small section of the Antonine Wall and an associated 2nd-century Roman fortlet. The Wall and the Kinneil estate are part of the much larger Frontiers of the Roman Empire World Heritage Site.

Also within the Kinneil House grounds are a cottage where James Watt worked on his revolutionary steam engine, and the ruins of a small 12th-century church.

The museum features hands-on activities and audio-visual displays covering the Romans, Watt, and the medieval history of Kinneil. Free admission.

Since the interior of Kinneil House is only rarely open, it is well worth exploring the museum's exhibits on the house and its history, which includes illustrations of the remarkable painted chambers. But Kinneil House is just one of the exhibits; I was surprised to see how in-depth the displays were, and the effort that had been made to bring the heritage of the entire estate to life.

There was a special exhibit on James Watt and his connection with Kinneil, another display on the Antonine Wall and the Roman presence in the area, along with Roman finds from around the estate.

There was also an eye-catching exhibit on local wildlife and the natural history of the Kinneil Estate, which is really helpful if you take the time to walk around the estate woodlands. I also enjoyed the exhibit on the ruined medieval church and its history.

Another unexpected exhibit covered the history of the Bo'ness Fair Queen, from the origins of the annual election to a wealth of old photos and interviews with past Queens. The annual Fair plays a large part in Bo'ness heritage, and the Fair Queen is an event of large local significance. More Bo'ness displays covered the historic buildings to see around the town centre, including the iconic Hippodrome Cinema.

Though small, I found the Kinneil Museum full of interest, and a great way to learn more about Kinneil Estate and its heritage, as well as Bo'ness as a whole. 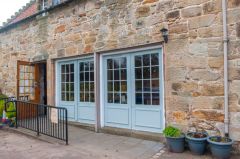 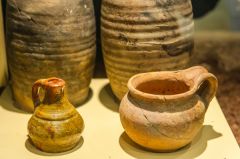 More self catering near Kinneil Museum >>