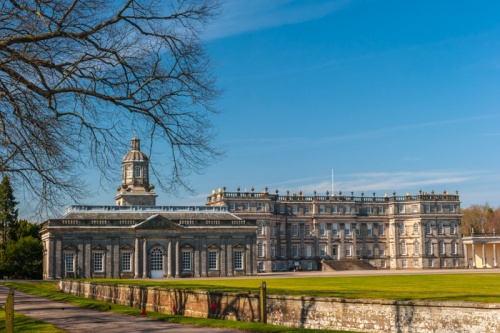 Hopetoun is Scotland's largest stately home and one of the best examples of work by two famous architects; Sir William Bruce and William Adam. Hopetoun is a mix of early 18th-century gilding and classical motifs with late Georgian elegance.

The Hope family of Hopetoun seems to have originated with John Hope, an Edinburgh merchant. John's great-grandson Sir James Hope (1614-1661) was the first to call Hopetoun his home.

Hope made a fortune through an advantageous marriage to a wealthy heiress, Anne Foulis, whose family owned lead mines in Lanarkshire. Sir James's son, John Hope, bought land at Abercorn to build a grand stately home for himself, but before he could carry out his plans he was drowned in the wreck of the 'Gloucester' while in the retinue of the Duke of York.

Sir John's widow, Lady Margaret, carried out her husband's plans. In 1699 she commissioned Sir William Bruce to design a house for her son Charles, to mark his marriage. Charles was named the 1st Earl in 1703.

The work took 8 years and was completed by 1707. Bruce's work was the epitome of good taste and refined appreciation of the arts in early 18th century Scotland; the new house had some of the finest painting, carved details and wainscoting in Scotland. A highlight was a grand staircase, carved by Alexander Eizat. 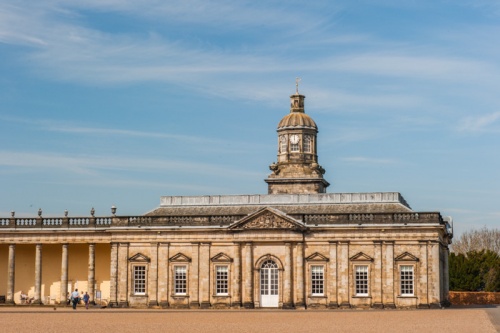 Fashions change, and so it was with Hopetoun; in 1721 William Adam was brought in to enlarge and remodel the house. Adam's involvement with Hopetoun spanned decades; work was not finished until 1767 and had to be finished by Adam's sons John, James, and Robert, the most famous country house architect of all.

The result is that the elegant exterior at Hopetoun is Adam's work, while the back of the house is almost entirely as Bruce designed it.

The differences are obvious; Bruce's rooms are understated, relaxed, and comfortable, while the combined work of the Adam family is elegant, replete with classical details and ornate finishes. The Adams were responsible for the State Apartments, where the Hopes could entertain in style.

They had an opportunity to do just that in 1822 when George IV visited Hopetoun, the first visit of a reigning monarch to Scotland in 170 years. The entertainment was designed by Sir Walter Scott, who encouraged the king to wear Highland dress as an act of reconciliation between England and Scotland.

While at Hopetoun the king knighted painter Henry Raeburn and Captain Adam Ferguson, using Lord Hopetoun's sword for the ceremony in the Yellow Drawing Room.

The drawing room is one of the interior highlights, with walls and furniture of silk damask and gilded mirrors. Another highlight is a family museum, with a history of the Hope family, including perhaps its most famous member, the 7th Earl of Hopetoun, who served as the first Governor General of Australia. From the rooftop, you can get excellent views across the park to the Firth of Forth and its bridges. 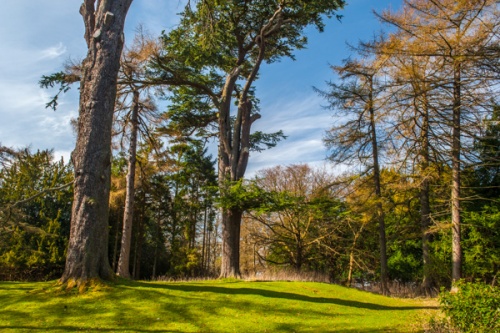 The site of Abercorn Castle

Surrounding the mansion is parkland with woodland trails and formal and informal gardens. One of the garden highlights is the site of Abercorn Castle, now no more than a low mound, but originally a mid-13th century Clan Douglas stronghold. The castle was destroyed in a siege of 1455, during the Clan's struggles against the Scottish crown.

Both the castle and a subsequent 16th-century building on the site were covered with earth during the early 18th-century landscaping initiated by the Hope family. The mound is topped with 3 Cedar of Lebanon and a hybrid larch planted during the landscaping to mark the castle site.

Hopetoun House is very well signposted off the A904, but the only access is actually through the streets of Queensferry to the shore, then west along the bank of the Forth off Society Road. It is a rather convoluted way of reaching the house, and more than once we scratched our heads, wondering if we were on the right route.

here is a large parking area near the house, and you can buy tickets for the house or simply wander through the grounds. I do recommend leaving time to walk the grounds; there are excellent gardens near the house and a shore walk further afield that gives excellent views over the Forth. The site of Abercorn Castle isn't terribly well signposted, but you can pick up a map of the grounds that makes life a bit easier.

As for the house itself, well, I can see why Hopetoun uses the slogan 'Scotland's Finest Stately Home', for the interiors are truly exceptional. The quality of the furnishings is exquisite, and the mix of rooms by Bruce and Adam are some of the finest examples of 17th and 18th-century interiors in the country.

I was quite taken by the White Satin Room, which isn't hung with satin and doesn't have white coloured decoration - the name refers to a previous decoration scheme. If you are feeling energetic I can recommend climbing to the rooftop viewing platform; on a clear day, the views are fabulous. 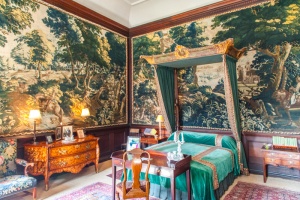 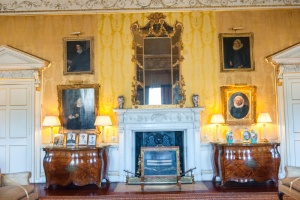 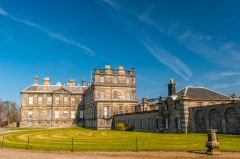 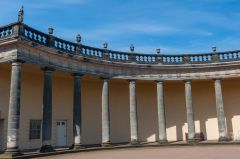 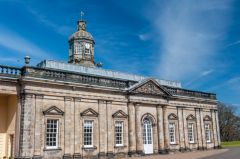 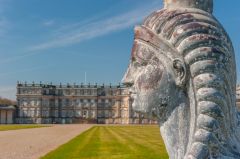 More self catering near Hopetoun House >>

This lower-ground floor apartment lies in the town of South Queensferry, Scotland and can sleep four people in two bedrooms.
Sleeps 4