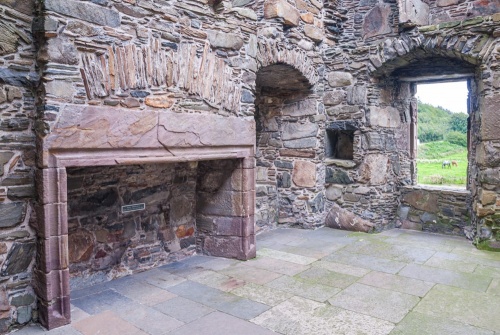 Carsluith Castle stands just off the busy A75 just south of Creetown. This L-shaped tower house dates to the 16th century and, though roofless, is in a very good state of preservation. The original tower house at Carsluith was built in the 15th century as a simple rectangular structure, probably by James Lindsay, Chamberlain of Galloway. When James Lindsay's son Herbert was killed at Flodden in 1513, the castle passed by marriage to Richard Brown.

The Brown, or Broun, family of Carsluith enlarged the original tower by adding a stair tower around 1560. 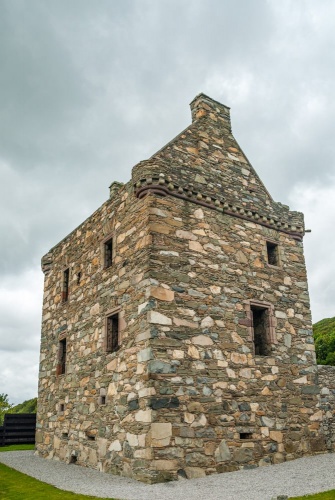 The Brouns of Carsluith were Catholics, and were at odds with the McCullochs of Barholm, who were Protestants. In 1579 John Broun was accused of murdering the McCulloch laird. He didn't appear in court to answer the charge and his father, also named John, was fined £40, a very large sum for the time.

Perhaps the most famous Broun of Carsluith was Gilbert Broun, who served as the last abbot of Sweetheart Abbey, at New Abbey. In 1605 Abbot Gilbert was arrested on suspicion of sheltering Jesuit priests. In 1609 a search of the abbey revealed a hidden collection of 'popish trash', presumably items used in Celebration of Mass. Broun was exiled and spent the last years of his life in France, where he died in 1612.

The last Broun owner of Carsluith left Scotland for India in 1748 and the castle was left to decay. A range of outbuildings were added in the early 19th century to form a U-shaped cluster of buildings. These later buildings are now used by the nearby farm and are not open to the public. 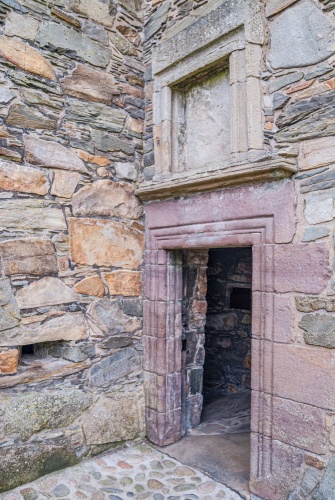 The entrance and Broun coat of arms

The main section of the castle stands roofless but still rises three storeys in height to a parapet walk. One item of note can be found set into the east jamb of the doorway leading to the castle from the farm court, where a fragment of a red sandstone cross slab can be seen.

You enter the castle at ground floor level through a doorway in the stair tower, with the Broun coat of arms over the door along with the date 1564 (though the last number is now too worn to be identified). At ground level are two vaulted storage areas, with the walls pierced by gun loops. Above these cellars is the hall, with a fireplace in one wall. The timber joists separating floors are now gone, but there were bedchambers at second floor level, with an attic above.

Look for the stone sink in the hall, where the laird and his family would have washed their hands before meals. 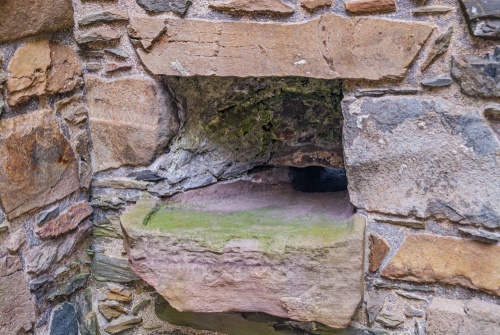 One unusual feature at Carsluith was an external balcony projecting at second-floor level. You can still see the stone corbels that supported the balcony roof, and two doorways (one now blocked).

One feature missing from this arrangement is the kitchen, which was not part of the tower but situated in a separate timber building in the courtyard. Also in the courtyard was an outer hall for entertaining. Family meals were probably cooked in the first-floor fireplace.

Beside the castle is a range of outbuildings, most dating to the 18th century. These were once used by the castle but are now in use by the nearby farm and are not open to the public.

Carsluith Castle is not spectacular but is rather a very good example of a small tower house of the sort that was so popular throughout Scotland from the 15th to the 17th centuries. It won't take terribly long to visit, either, so there's no excuse not to stop! 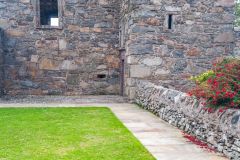 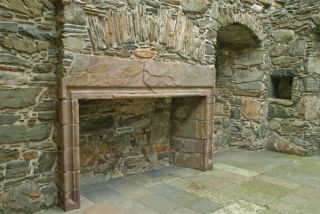 More self catering near Carsluith Castle >>