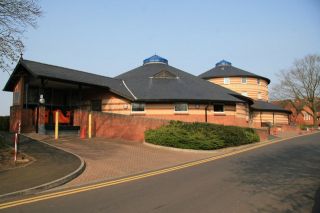 George Marshall Medical Museum
The story of the development of modern medicine, with a particular focus on Worcester. See how medical treatment has changed over the centuries and how medicine has transformed our lives.

One of the more compelling exhibits is a collection of death masks, discovered by the museum founder, George Marshall, in the basement of the Royal Worcester Infirmary on Castle Street in the 1930s.

The death masks are thought to be those of prisoners executed in the early 19th century at Worcester Gaol, which used to be joined to the Infirmary by an underground tunnel.

The law in the early 19th century banned the practice of dissection for medical research, save for the bodies of criminals. So the prisoners' bodies were brought by the underground tunnel from the gallows to the Infirmary for examination.

The purpose of the death masks was to make measurements of facial features and head dimensions, as it was theorised that a person's physiognomy determined the likelihood of criminal behaviour.

Much less gruesome is a collection of rare medical books, dating from as early as the 17th century. A selection of books covers the local spa towns of Malvern, Tenbury Wells, and Droitwich, looking at the history of belief in the healing qualities of the spa waters.

The Goddard Collection has Royal Army Medical Officer's equipment and uniforms dating the Boer War. There are collections of old photographs, a reconstruction of a 19th-century operating theatre, and a surgery chair, where patients having surgery would be tightly strapped in so the surgeon could safely operate - without anaesthesia!

The Medical Museum provides a fascinating and eye-opening, look into the history of medicine and medical care.