HERITAGE HIGHLIGHTS:   Museum of one of the oldest and most prestigious of England's porcelain makers 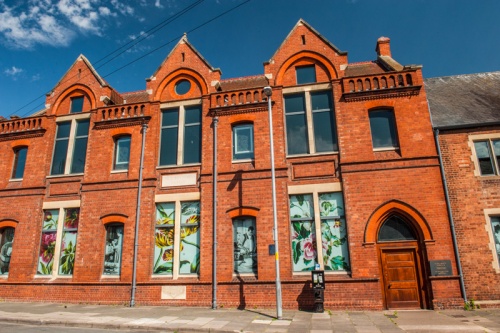 Worcester Porcelain began manufacturing fine china on this site on Severn Street in 1751, and the factory remained in operation until 2003. For many years the factory had maintained a visitor centre and 'seconds' shop, with popular tours of the works. My wife and I took one of these tours years ago and loved the chance to see behind the scenes and look over the shoulder of the craftsmen and women who created the marvellous pieces of china that bore the Royal Worcester insignia.

The factory is gone now, and the brand absorbed into another porcelain manufacturer, but the heritage of Royal Worcester lives on through a museum housed on the former factory site. The museum boasts one of the largest single displays of Worcester porcelain in the world, and tells the story of how the company developed, and of the manufacture of fine china in England over the centuries.

The company was granted a royal warrant in 1789 and was for many years the preferred chinaware of Queen Elizabeth II. Royal Worcester Porcelain enjoys an avid international following and is highly prized by collectors.

The Museum is arranged in three galleries, focussed on the Georgian, Victorian and Twentieth Century periods. An Exhibition Hall hosts an ongoing programme of events, workshops, and lectures. The original museum here was founded as a motivational tool, intended to inspire the factory workers! 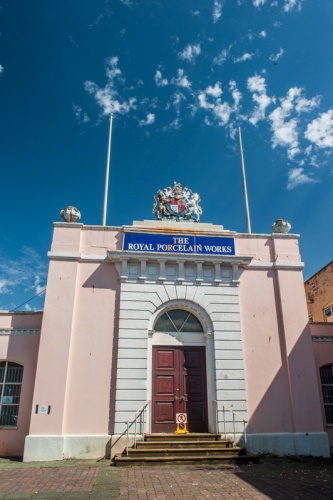 My wife and I had visited the museum over a decade ago when the factory was still in full swing, and our tour had included a look at craftsmen and women working on porcelain pieces for production.

The works are long gone, and it was rather sad to see the once-busy factory buildings put to other uses. I visited on a sunny summer day and was astonished to find I was the only visitor. Though the museum is only a few steps from the cathedral, it seemed to be lost in a quiet backwater, forgotten by the tourists who flock to the cathedral area.

You enter a shop area, with fine porcelain pieces for sale, and then proceed to the Georgian exhibition, which takes up the rest of the ground floor. The exhibition looks not only at individual pieces of porcelain, but at the artists who created them, the owners and entrepreneurs who developed the company, and how the process of porcelain production developed and changed.

There is a room setting showing how a typical Georgian house might display and use fine porcelain. Though the displays are loosely chronological, they are arranged by theme, with examples of pieces made for famous people, and a wonderful array of pieces designed specifically for the royal family.

The first floor is given to the Victorian period, and it is fascinating to see how the company and its artists created new looks and changed the designs over time. Information panels show how the porcelain was designed, painted, shaped, and fired, and shows how dangerous the process was for the workmen and women in the factory. 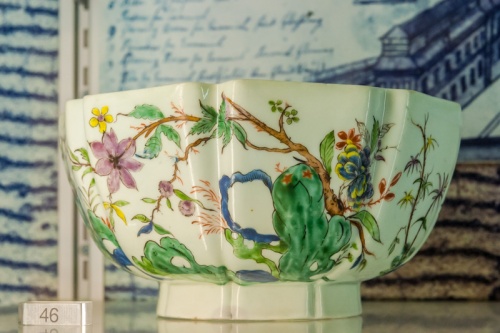 The final section shows the development of the company in the 20th century and how more and more of the company's efforts went into designing collectables. The final phase of the museum tells the story of the company's demise in 2005 as a faltering market made production no longer viable. The tour finishes with a video telling the story of Royal Worcester. The video was produced in the 1950s, long before the company went out of business, and is a real piece of nostalgia in itself.

I was immensely impressed by the museum. The pieces on show are stunning; real works of three-dimensional art, and it is impossible not to come away with a real appreciation of just what an extraordinary contribution the artists and artisans of the Royal Worcester company made to British heritage.

The photos accompanying this article showcase a few of the collection highlights, including some of the earliest known examples of Royal Worcester - before the company was entitled to use the 'Royal' prefix. Among these is a bleeding bowl, used for bloodletting by surgeons. Another highlight is a Wigornia creamboat, named for the word 'Wigornia' stamped in the base. Wigornia is an ancient name for Worcester.

One of my favourite pieces from the Victorian period is the Royal Lily Service, a breakfast service ordered by George III during his visit to the works in 1783. One of the most extraordinary pieces is a vase made for the Chicago Exhibition of 1893. It features a 'pierced' design like lattice-work, with over 5000 individually cut holes. So delicate and valuable was the vase that it was transported to Chicago in a white velvet box lined with blue silk. It was priced at £126 at the Exhibition (roughly $1210). 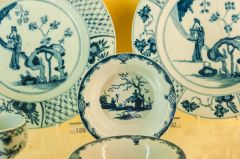 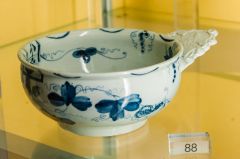 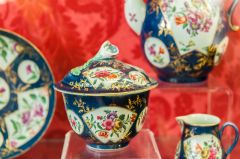 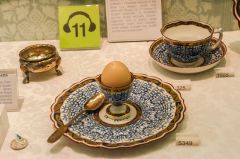 More self catering near Museum of Royal Worcester

More bed and breakfasts near Museum of Royal Worcester