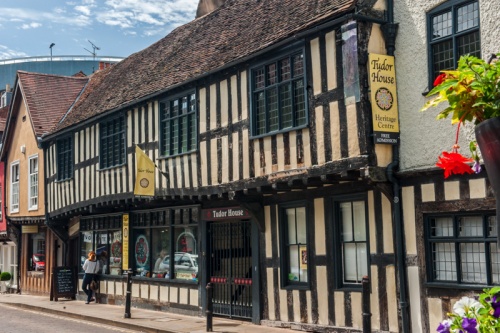 Tudor House is a 16th-century timber-framed house in one of Worcester's best-preserved historic areas. The house was built in the first half of the 16th century on the foundations of an earlier 13th-century building. Part of the fascination of Tudor House is the sheer number of roles it has played since it was built. It has been, at times, a dwelling house, a workshop for weavers, a tailor, cloth-maker, baker, and artist, a brewery, and an inn.

In the early 20th century the house was purchased by the Cadbury family and served as a confectionery shop, then a coffee house. It was later owned by the Worcester Corporation and used as a school clinic, where local children came for dental and medical check-ups.

During WWII the house briefly served as an air warden's post and a billeting office. In the late 20th century the house served as the Worcester Museum of Local Life, but after the museum closed in 2003 the house was rescued by a group of local volunteers who keep it open to visitors.

With such a long and varied history, there is bound to be something to interest every visitor!

Visitors can see how the timber-framed building was built; timber joists and wattle-and-daub infill are exposed in several places, making it easy to see how the house was constructed. Some of the original Tudor ceiling plasterwork is intact - a rarity in Worcestershire. Reproductions of Tudor weaving equipment, household implements, and a Tudor bed help give the house an authentic flavour.

The house is decorated with posters and information panels about Worcester's social and industrial history, including displays on Lea and Perrins, Edward Elgar, and Keys mail-order company.

Please check the official website for current opening times before planning a trip. 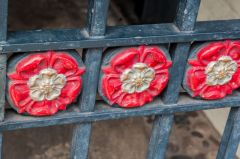 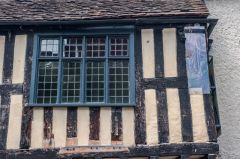 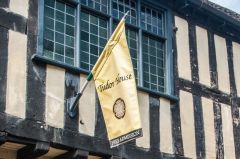 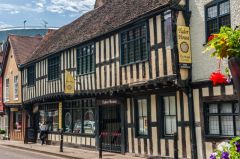 More self catering near Tudor House