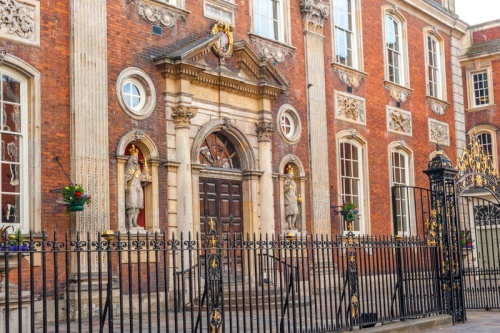 The Worcester Guildhall was originally built as a meeting place for Worcester merchants around 1227. As with many other guildhalls, it became the centre for civic administration, a role it maintained after the merchant guild had disappeared.

The present Worcester Guildhall is a superb Queen Anne building, begun in 1722 by Thomas White, a pupil of Sir Christopher Wren. White was badly paid for his efforts, and he died in poverty in 1738, bestowing the money he was owed on the Worcester Royal Infirmary. The city finally paid its debt in 1753.

The exterior of the Guildhall is brick, dressed with stone. White himself is said to have carved the figure of Queen Anne over the entry, as well as those of Charles I and II, a reminder of the city's long history of royal support. The interior is superb, boasting exceptional period decoration. The Tourist Information Centre is now located in the Guildhall.

In 1227 Henry III granted the citizens of Worcester a royal charter granting them the right to establish a guild of merchants. The guild was responsible for controlling trade in the city, but their meeting place gradually became the main centre of administration for city government and acted as a courthouse. So, in effect, the Guildhall was the town hall, and though the city guilds have long since vanished, the Guildhall name lives on. 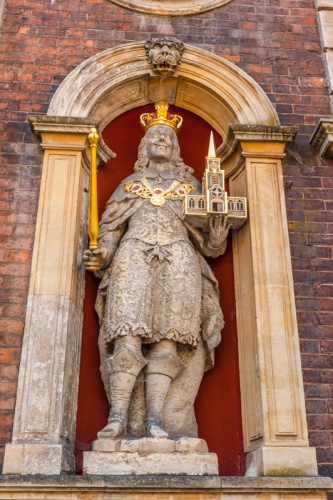 The medieval guild merchants would not recognise the building that faces onto High Street now. Their guildhall was a large timber-framed building, occupying the same site, with a piazza for shops fronting the street, courts of justice at each end, and a prison to the north of the building.

Part of the prison was a cell called 'the peephole', which gained a notorious reputation. There was a gaoler's house, and attached to it an alehouse from which the gaoler sold ale at extremely high prices to any prisoner who could afford the cost.

In 1717 the city administration decided on a new Guildhall, and they knew just who to call; upon to build it. Thomas White was not an architect in the way we think of it today, but a stonemason. In 1705 he had carved a statue of Queen Anne to stand in front of the medieval Guildhall and was made a Freeman of the City. The total cost of the fashionable new red-brick building was £3727. The Corporation only put forward £800, and the rest had to be raised by public subscription.

The centre section of the new Guildhall was finished by 1724 and has remained almost unchanged since then. The central facade is a wonderful example of early Georgian style, with three bays flanked by Corinthian pillars.

Over the entrance is a huge carving incorporating the Hanoverian royal arms. White's earlier statue of Queen Anne was placed in a niche over the door, and on either side were statues of Charles I, depicted holding a church, and Charles II, with an orb and royal sceptre. On the rooftop are figures of Labour, Peace, Justice, Plenty, and Chastisement.

North and south wings were added within a few years of the central block. The south wing was used as a judge's lodging when the assizes were taking place, but throughout the rest of the year it housed a coffee shop. 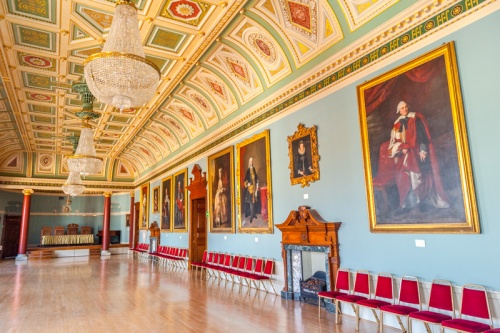 The most striking external feature of the Guildhall is a set of iron gates and railings facing onto High Street. These were erected in 1750, and are eye-catching due to the gilded design of the entrance gateway.

The 'new' Guildhall had 3 functions; social, judicial, and civic. On the lower Hall were 2 courtrooms, and above these chambers for playing cards and taking tea. On the first floor is the Council Chamber, later called the Assembly Room. In 1788 George III and Queen Charlotte visited the Guildhall. King George drank a toast to the prosperity of the city, and called the Assembly Room a 'handsome gallery'. A portrait of the king was presented to the City after his visit and still hangs in the Assembly Room.

The exquisite chamber we see today is not the one George III saw, for it was remodelled in 1791 by George Byfield, with beautifully decorated apses at each end. Then from 1877 the architect Sir Gilbert Scott and the City Architect Henry Rowe remodelled the building and redesigned the Assembly Rooms with an extraordinary Italianate painted ceiling. The result is an opulent space, with an ornate ceiling that simply defies description.

The courtrooms on the ground floor are no longer used for judicial proceedings but are used as a mayor's parlour and a committee room.

Parts of the building are used by the civic administration, but visitors can normally visit the ground floor hall and one courtroom, then climb to the second floor to see the remarkable Assembly Room.

The Guildhall should be better promoted as a tourist attraction. In a city with so many interesting historical buildings, it is perhaps understandable that it gets left behind. A visit will not take long, but for goodness sake do take the time to climb the stairs to the Assembly Room. I promise your jaw will drop in amazement when you enter the chamber. It truly is an exceptional piece of civic architecture. 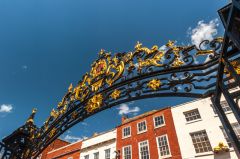 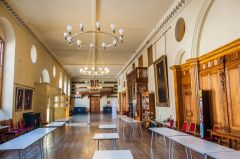 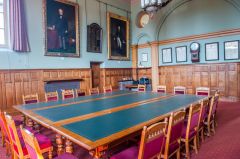 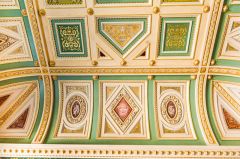 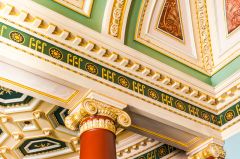 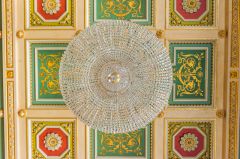 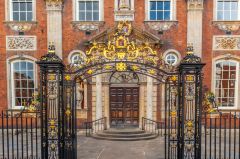