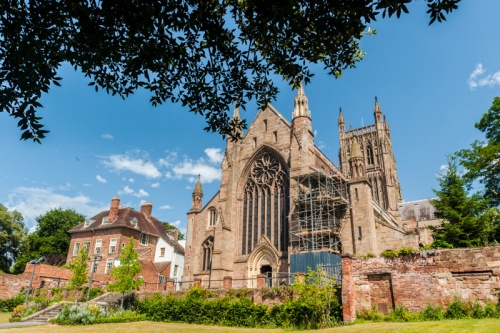 The city of Worcester lies astride the River Severn just above its juncture with the Teme. The oldest part of the city is on the eastern shore, on low-lying ground formed of sand and river gravel.

There was a bridge across the Severn here as early as Roman times, but this was replaced by a bridge of stone in the medieval period, and then by the current bridge in 1781. Until the 14th century this was the best place between Bridgnorth and Gloucester to cross the Severn.

Worcester owes its existence to a Roman settlement, begun in the first century AD. Evidence of tools and weapons from the Bronze Age suggests even earlier settlement. To the south-east is Whittington Tump, which may be a burial mound, and to the north is Perdiswell Barrow, where an Iron Age "torc", or neck collar, was discovered.

It seems likely that there was an Iron Age settlement near the present Cathedral site, and this may have had connections with the Dobunni tribe, who were based in the Malvern Hills. 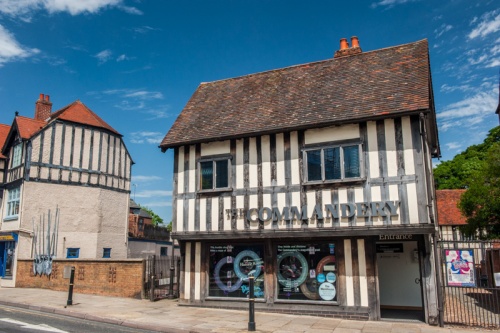 The Romans encouraged iron smelting during the 2nd century, with extensive works in the area of Deansway and Broad Street. Over the course of the succeeding century, the smelting works grew to over 40 acres. The iron slag was used in road building and was incorporated in the piers supporting the medieval bridge.

Though much of the city's architecture is modern, with additions from the Georgian and Victorian periods, Worcester boasts a fine collection of medieval and Tudor buildings centred on the Cornmarket, Friar Street and New Street.

Most prestigious of the surviving old buildings is The Commandery, a maze of half-timbered buildings that served as the Royalist headquarters for the Battle of Worcester in 1651.

The Commandery now houses exhibitions on the long and colourful history of the city. The Guildhall, which still houses the civic administration, is a later building by Thomas White, a protege of Christopher Wren. Then there is the 16th-century timber-framed Tudor House, formerly the Worcester Museum of Local Life. 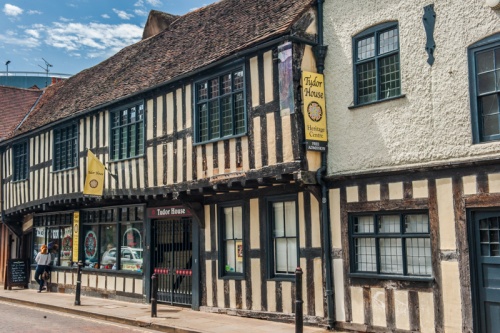 Worcester Cathedral is the city's pride, however. Though much of the exterior is Victorian, the interior is Norman, and the foundations older still. King John - he of evil repute - lies buried within the Norman crypt.

The roots of the cathedral go back to a monastery established here in 680AD by monks from Whitby. The monks established a school for teaching their own clerics and outsiders, and this school still survives today as King's School.

The cathedral boasts a fine early Norman crypt and a wonderful chapter house which dates to 1120. The cathedral is also home to the world-renown Worcester Boys Choir, and every three years it hosts the Three Choirs Festival of choral music. 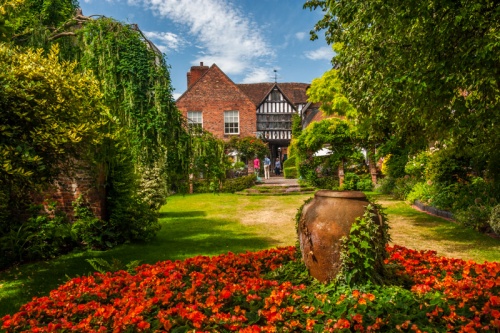 Worcester itself is famous for three things; gloves, Royal Worcester porcelain, and Worcestershire sauce. Two of the three have fallen upon difficult times; very little in the way of glove manufacture takes place in Worcester today, and the Royal Worcester factory on Severn Street closed down recently. However, the Worcester Porcelain Museum has opened on the former factory site, with a visitor centre and museum with a huge display of historic porcelain. And, of course, the original Worcestershire Sauce is very much alive today!

The sauce that made the name of Worcestershire famous around the world was born almost by accident. In 1835, Lord Marcus Sandys asked two local chemists, John Lea and William Perrins, to recreate a fish sauce he had discovered during his time as Governor of Bengal. Lea and Perrins did their best, but the resulting vile mixture was a disappointment. They stored the concoction in their cellar, where it stayed, forgotten, for two years.

When it was rediscovered during spring cleaning, the two men were going to throw the mixture away. They decided to taste it one more time before getting rid of their creation forever. To their immense surprise, they discovered that the sauce had matured like fine wine, gaining an aroma and piquant taste. The chemists quickly purchased the rights to the recipe from Lord Sandys, and thus was born Lea & Perrins Original Worcestershire Sauce.

Also worthy of local note is the Worcester Journal. Founded in 1690, it is the earliest newspaper still being printed in the UK.

The Tourist Information Centre has a leaflet outlining an Edward Elgar Trail, enabling visitors to follow in the footsteps of the region's favourite son, whose birthplace is not far away at Broadheath. The TIC also has details of regular City Walks and Ghost Walks, which start at the Guildhall. 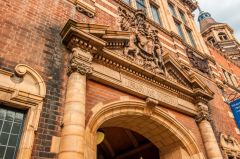 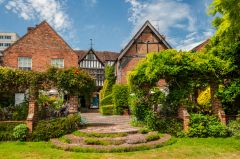 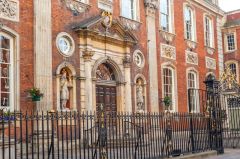 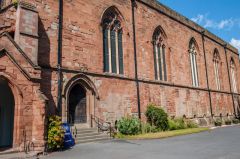 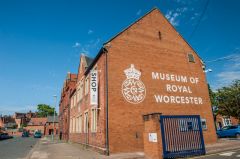 More self catering near Worcester

More bed and breakfasts near Worcester