Days out from Worcester 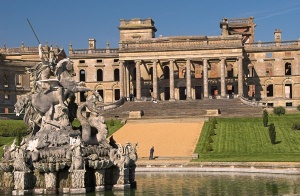 Worcester makes an excellent base for exploring the Heart of England. Within a short drive, there's a wide variety of attractions, from gardens to houses, countryside walks, and prehistoric remains.

Three miles east at Spetchley Park Garden rare flowers, trees and shrubs cover 30 acres of delightful walks, while a short drive to the north-west of the city leads to Witley Court, the finest stately home in the county. Witley is now a proud ruin, though the landscaped park contains large water fountains and a sculpture park. The church beside the house is a baroque masterpiece by James Gibbs.

To the south-west lies the spa town of Malvern, with its historic priory, redolent with the finest medieval tiles in England. The Malvern Hills provide very enjoyable opportunities for walking, and several prehistoric sites grace the hills, notably British Camp, covering over 40 acres.

Venturing further afield, Broadway Tower rests in an expansive country park, presenting good family recreation opportunities, while Broadway itself is a popular tourist destination, famous for its wide main street lined with attractive cottages. Broadway itself is the northern gateway to the Cotswolds.

Turn west instead of south and the old Shropshire town of Ludlow beckons, with its ruined medieval castle and its wonderful half-timbered buildings, most notably the Feathers Inn. Drive northeast instead, and you'll quickly reach Warwick, home of one of the finest castles in England. Nearby is another castle, Kenilworth, the stately home of Packwood House and the moated manor of Baddesley Clinton.