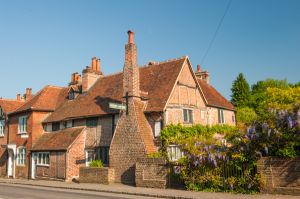 In the heart of the pretty village of Chalfont St Giles stands this attractive 16th-century cottage that was the home of poet John Milton. It was here that Milton completed his great work, Paradise Lost. The ground floor of the house is now a museum relating Milton and his times.

We do not know exactly when this attractive timber-framed cottage on Deanway was built. Most sources say it dates to the late 16th century, perhaps as a residence for the manager of the Vache estate. On the other hand, English Heritage, who have listed the building Grade I for its heritage value, suggest an early 17th-century date. We're on much firmer ground when it comes to John Milton's involvement with the cottage.

Milton and his wife came here in 1665, fleeing the outbreak of Bubonic plague in London. The house was loaned to the couple by Milton's friend and pupil Thomas Ellwood, who famously called the cottage, 'that pretty box in St Giles'.

The Miltons spent only one year at Chalfont St Giles, but the cottage remains his only surviving residence. It was during his year of exile from London that Milton wrote Paradise Lost, and began to plan the outlines of Paradise Regained.

The cottage was restored in the 18th century when a two-storey wing was added. It was purchased by public subscription in 1887, and heading the list of subscribers was Queen Victoria herself.

The gardens have been planted with species of flowers and plants that Milton wrote about. This is the only cottage garden in the whole Chilterns area to be listed Grade II for its heritage value.

There is a small visitor's car park beside the cottage, and the museum is open on specific days from summer through autumn. This truly is a wonderfully picturesque historic house, in a very pretty Chilterns village.

Though the house itself will get most of the attention, we loved the gardens, and it is easy to imagine Milton being inspired by the sounds and scents he found here.

Do take some time to wander around the village, which is one of the most lovely in the Chilterns, with a Grade I listed Norman church, old almshouses, and the quiet River Misbourne running tranquilly through the village. 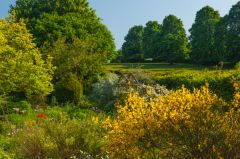 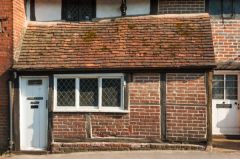