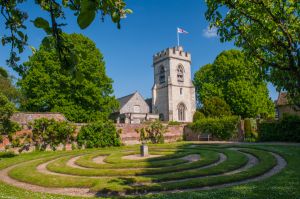 A late 15th-century church within the grounds of Chenies Manor. The current church replaced a 12th-century structure made partly of wood. The only bits of the Norman church to survive are a section of a column capital and the 12th-century font. The 15th-century rebuilding was the work of Sir David Phelip (Phillips), husband of Dame Agnes Cheyne.

The church is composed of a nave with south aisle, chancel, south porch, north chapel, and west tower with an exterior staircase rising to an embattled top. The interior suffers from extensive Victorian restoration, but there is still much of historic interest.

I mentioned the font earlier. This is a quite lovely Norman piece of work, in the so-called 'Aylesbury style', which is commonly found in Buckinghamshire, Northamptonshire, and Bedfordshire. It is circular, in the shape of a truncated chalice, set upon a square base. The bowl is beautifully carved with foliage decoration. 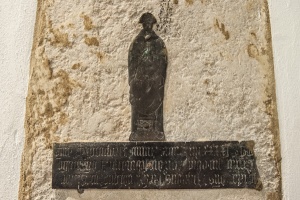 The main historic interest of the church is the north or Bedford Chapel, erected in 1556 by Anne, Countess of Bedford, to fulfil her husband's will. The chapel is not normally open to the public, but visitors to the church can get a good view of the interior through a screen.

The contents of the Bedford Chapel were described by architectural historian Nikolaus Pevsner as the greatest collection of funerary monuments in an English parish church.

The chapel is stunning, an ornate reminder of the wealth and influence of the Russell family, Dukes of Bedford. The floor is of black and white marble, complemented by a roof in fanciful hammerbeam style. On the wall of the chapel is a charming dedication tablet that commemorates the founding of the chapel in these words:

Anno Dni 1556: Thys chappel ys built by Anne Countysse of Bedforde, wyfe to John Erle of Bedford, according to ye last wyll of the said Erle. 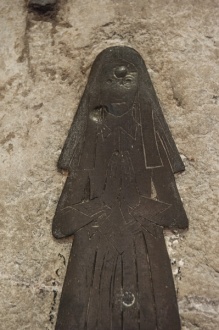 The Russell family became owners of Chenies estate through marriage in 1526 and remained owners until 1954. The oldest Russell tomb is an alabaster monument to John, the 1st Earl of Bedford (d. 1555). John's daughter Anne, wife of the Earl of Warwick, has her tomb on the north side. She is shown in the robes of a peeress.

At the west end of the chapel - and practically filling it - is the grandiose tomb of the 1st Duke of Bedford (d. 1700). The remainder of the chapel is filled to overflowing with monuments to members of the Russell family over the course of four centuries.

Among the tombs on view are the 2nd Duke and Duchess, the 2nd Earl (d. 1585), and Earl Russell, the Victorian Prime Minister, to name just a few. Not all of the tombs are to members of the Russell family, however; the oldest monuments are late 14th-century unfinished effigies to Sir John Cheyne and his wife.

Also in the chapel are a pair of 16th-century wooden carvings brought from France and carved wooden angels with shields bearing the Russell coat of arms. There are four funeral helms mounted on the wall of the chapel. 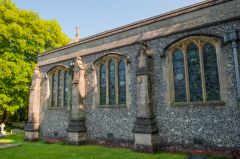 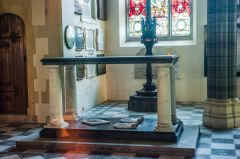 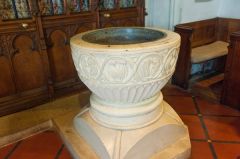