HERITAGE HIGHLIGHTS:   One of the oldest Quaker meeting houses in Britain, burial place of William Penn 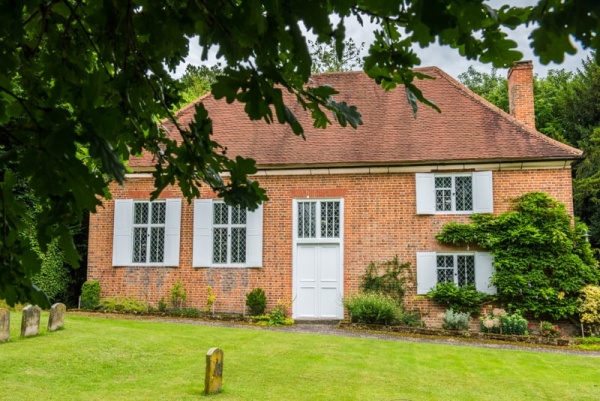 Jordans Friends' Meeting House has been described as the 'Westminster Abbey of Quakerism'. Perhaps the most famous of all Quaker Meeting Houses, Jordans was built in 1688. It is a simple two-storey brick building beneath a hipped roof, containing a cottage for a caretaker, with stables behind. In the burial ground is the gave of William Penn, founder of Pennsylvania.

The interior is as plain and functional as the exterior; a reflection of Quaker values. The interior is divided by a wooden screen rising the full height of the building, with shutters in the screen that opens into the meeting room.

In the days before religious toleration became at least somewhat more normal, dissenters such as Quakers were not allowed to build gathering places, so they met at each others' houses. This area of Buckinghamshire saw more than its fair share of religious dissent during the Civil War period. Local Quakers began to meet illegally at Jordans Farm, owned by Thomas Russell. In 1671 Thomas's grandson, William sold a small plot of land to Thomas Elwood of Chalfont to create a burial ground.

For 17 years the field was used solely as a burial ground. Things changed in 1687 when Charles II proclaimed the Declaration of Indulgence, prohibiting overt persecution of Quakers. Jordans and over 100 other locations immediately applied for permission to build a new meeting house. A 4-acre plot beside the burial ground was purchased in early 1688, and by September the Meeting House was complete and ready to receive worshippers. That makes Jordans one of the first purpose-built meeting houses in Britain. 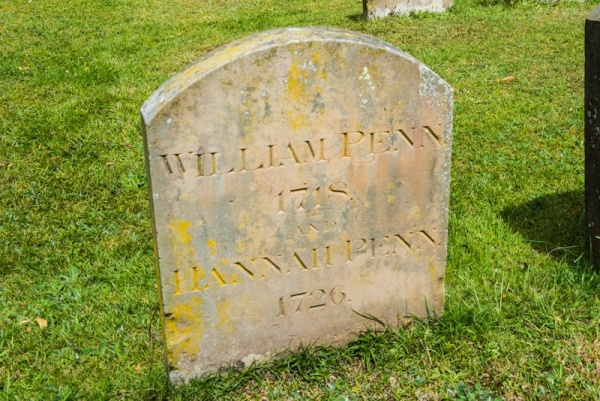 As nonconformists, early Quakers were not allowed to be buried in the consecrated ground of Anglican parish churchyards. Nor, to be fair, did they want to be. In 1671 William Russell, the Quaker owner of Jordans Farm, sold a section of one of his fields to Chalfont Meeting so they could have a burial ground of their own. Poignantly, Russell's own daughter was the first person to be buried in what is now the Old Burial Ground.

Between 1671 and 1845 almost 400 burials are recorded in the lower section. In the 18th century, the headstones were all removed as a symbolic gesture that all men and women are equal before God. Several replacement headstones were later re-erected to mark some of the early grave sites.

Among these gravestones in the lower burial ground is one to William Penn, founder of Pennsylvania in America, and his two wives. The headstone is not original, it was erected in 1862 on Penn's original grave site.

Nearby is a monument to Thomas Elwood, a friend of John Milton, who found Milton's Cottage in Chalfont St Giles for the poet. Other early Quakers represented by headstones are Isaac and Mary Penington, William Penn's in-laws, and Joseph Rule, known as 'The White Quaker'.

Rule, who died in 1770, gained his unusual moniker for his habit of dressing in undyed clothing. By trade, he was a Thames waterman before his conversion to Quakerism. He is known to a wider audience for his conversations with John Wesley, recorded in Wesley's journal in 1762. He spent the last years of his life near Jordans and during his burial service, a coat of white snow fell on his coffin, which seemed to those present a fitting tribute.

At the edge of the Old Burial Ground stands a charred oak beam, one of the roof timbers salvaged from the Meeting House after a devastating fire swept through the historic building on the night of 10 March 2005.

Just beyond the boundary fence enclosing the Meeting House stands Old Jordans Farm House and the Mayflower Barn. The farmhouse was the home of the Russell family, who sold their lower fields to the Chalfont Quakers. Beside the farmhouse is the barn, which gained its name from the tradition that it was built with timbers from the Pilgrim Fathers' ship Mayflower. Both the farmhouse and the barn are now private dwellings and there is no public access to either.

During WWI the Friends Ambulance Unit was housed in Old Jordans Farm and trained in the orchard area between the lower and upper burial grounds before they were sent to combat zones in Flanders and France.

When the railroad reached the Jordans area in 1907 members of the wider Quaker community 're-discovered' the Meeting House and Old Jordans Farm. The Quakers bought Old Jordans and Mayflower Barn, which they converted into a hostel. The increase in visitors due to the railroad brought changes to this rural area. There was talk of a large-scale housing development on the property across from the Meeting House. 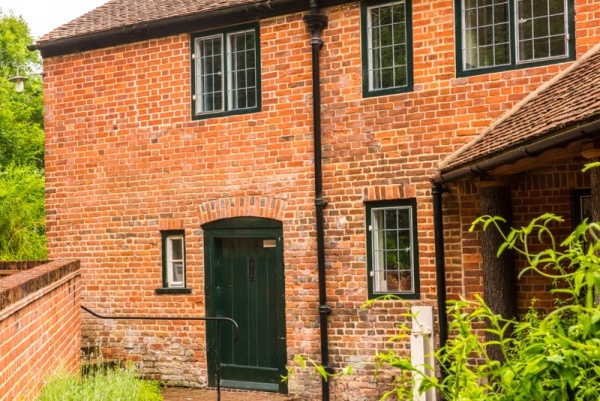 The rear facade of the Meeting House

To counter this threat Quakers around Britain contributed to a fund that bought up land surrounding the Meeting House. But what to do with the land? The idea of a purpose-built community emerged, modelled after Bournville village near Birmingham, which had been founded in 1900 by the Quaker chocolate manufacturer and Quaker George Cadbury.

The village of Jordans was established in 1919 as a social experiment, a community based on Christian values, offering a place for tradesmen to live in a rural setting. The village was run as a self-governing entity and officially registered as a Friendly Society. Residents have never had to be Quakers. Much of the village is now included in a Conservation Area.

The Meeting House at the junction of Welders Lane and Jordans Lane, just below the YHA. There is a small parking area directly behind the building. 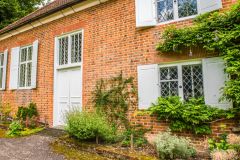 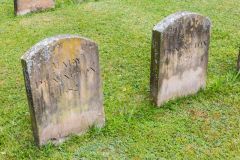 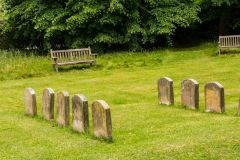 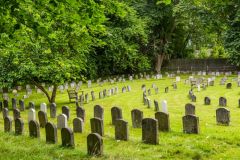 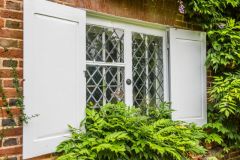 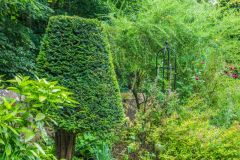