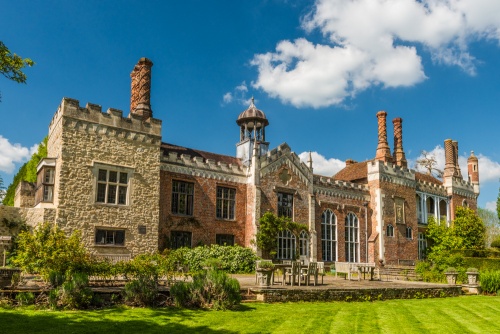 A historic manor on the banks of the River Thame, Nether Winchendon House has been in the same family since 1559. The most striking feature of the house is the multi-arched screen that fronts the courtyard. This is quite unusual and to the best of my knowledge, unique in England. The house has featured in many popular television programs and feature films, including Miss Marple, The Bridget Jones Diaries, and the James Bond film Tomorrow Never Dies.

During the medieval period, an Augustinian priory was established at Nether Winchendon as a daughter house of nearby Notley Abbey. After the Dissolution of the Monasteries, the manor passed into private hands.

The monastic buildings were converted into a private dwelling and eventually sold to William Goodwin, a successful London merchant. It has been passed down through generations of the same family ever since, through their connections with the Tyringham and Barnard families. 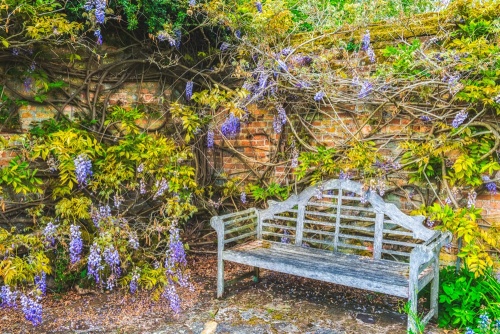 The showpiece room is the drawing room, a wonderful Renaissance chamber with painted linenfold panelling.

The ceiling is carved in delicious detail, but the real treasure is the tapestry, boasting the only known contemporary tapestry depiction of Henry VIII. Unlike other rather stylised impressions of the monarch, this is thought to be a lifelike portrayal of the king. 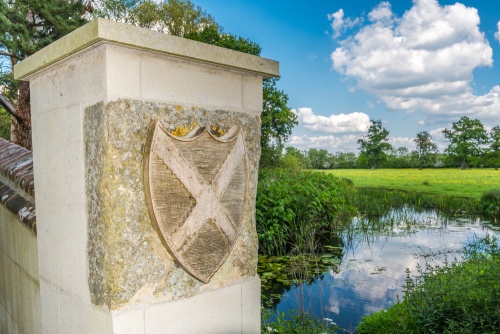 The restored 18th-century bridge and the River Thame

Henry is shown flanked by Archbishop Cranmer and Lord Russell, who owned the manor briefly. The tapestry is thought to have been made to celebrate Russell being named to the Order of the Garter in 1539.

The original Tudor great hall has been converted into a dining room, with a high, ribbed Gothic ceiling.

Nether Winchendon House is only open to the general public on specified days throughout the year, as it primarily serves as a wedding and film venue. In fact, when we arrived for a visit in late May the entire village had been taken over by a film crew who were engaged in filming a Netflix Christmas special. It was quite surreal to see the lane leading to Nether Winchendon House covered in fake snow to create a winter wonderland.

We had a wonderful tour of the house, led by the owner himself, who obviously had a great love for the house and its history. He told us about his family's connection to the house going back over 500 years, and showed us portraits of his ancestors as well as Tudor furniture lining the historic rooms. 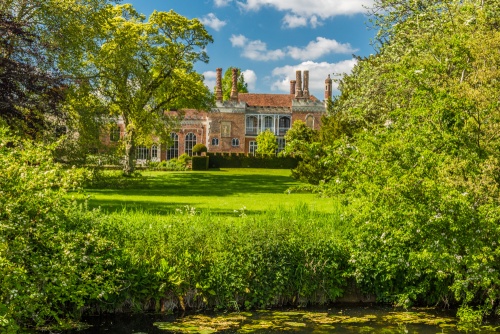 The house from the River Thame

One of those ancestors was the last royal governor of Massachusetts, and on display was the handwritten instructions given to him by King George III when he set out on his voyage to America. Also on display are beautiful examples of fine porcelain, including pieces by Sevres.

The location is idyllic, with lawns stretching down to the peaceful River Thame and a delicate footbridge crossing the river to the water meadows on the far bank. If you follow along the river you come to an elegant 18th-century bridge, recently restored.

The House also features striking clusters of Tudor chimney stacks, with decorative brickwork in spirals and diamond patterns. Over the doorway is the family coat of arms, featuring a bear, while there are sculptures of bears on gateposts and dotted around the house exterior. A large heraldic panel on the rear of the house depicts a stylised standing bear with the slogan 'Bear and Forebear', the family motto of the Barnard family. 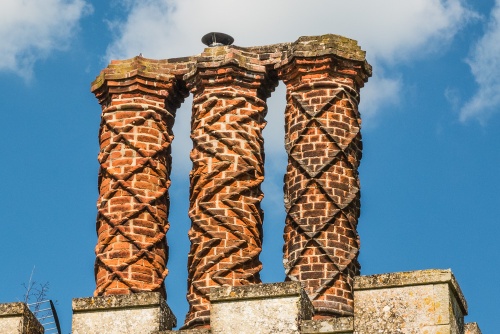 Nether Winchendon House is an absolute delight, set in a picture perfect location. We had a wonderful time visiting and thoroughly enjoyed our guided tour. Do take the time to visit St Nicholas' Church, a few minutes stroll from the manor house, where you will find tombs to generations of the families who lived at Nether Winchendon House, including numerous grave slabs of the Tyringham family. 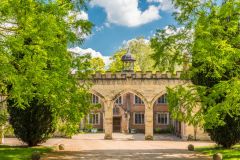 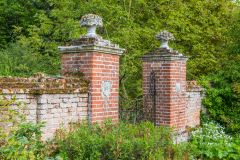 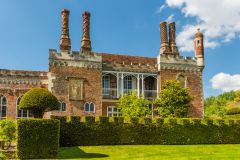 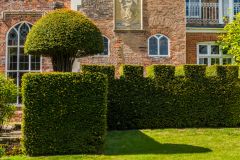 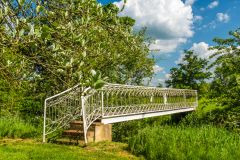 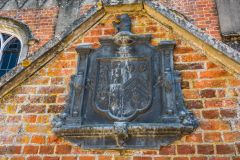 The Angel Restaurant with Rooms - 3.4 miles
Aylesbury, Buckinghamshire
Stay from: £70.00