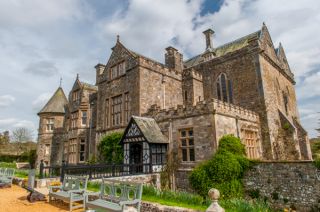 Beaulieu
Beaulieu has a bit of something for everyone; an informal, homely mansion built upon the ruins of a medieval abbey, and the world famous National Motor Museum. At the centre of the estate is Beaulieu Palace House, which began as the 14th-century Great Gatehouse of Beaulieu Abbey.

In 1204 King John granted land beside the River Beaulieu to monks of the Cistercian order. The new abbey was originally called Bellus Locus Regis, which translates as 'beautiful place of the king', and so the monks must have found it, for over the next 3 centuries they built up an impressive abbey complex of buildings, with far-flung estates throughout the south of England.

Beaulieu was dissolved by Henry VIII, and the estate sold to Sir Thomas Wriothesley, later to become the 1st Earl of Southampton. Earl Thomas's son John established Buckler's Hard as a port for the lucrative sugar trade with the West Indies, and his grandson, Henry, was a patron of Shakespeare. The Tudor house built for the Wriothesleys out of the abbey ruins was later transformed into the luxurious Victorian mansion we see today.

Many people will come to Beaulieu for the Motor Museum, which is an Aladdin's cave if you are a petrol-head motoring enthusiast. From vintage automobiles to the more modern World of Top Gear, if you enjoy automobiles, you won't need a second invitation to visit Beaulieu.

If you're more interested in history that historic cars, you'll love visiting the Palace House, church, and ruins of the medieval abbey. And then there's the extensive gardens and parkland for children to run about, and a monorail linking attractions around the grounds. Separate tickets are available, so if you're not interested in motoring but want to see the house and abbey ruins, you can get a reduced price ticket.

One of the world's great collections of historic vehicles, with over 250 vintage, antique, and modern automobiles and motorcycles, tracing the history of motoring. See Donald Campbell's land speed record-breaking Bluebird, and film favourites like the original Chitty-Chitty-Bang-Bang. Not everything is old, however; there are also modern F1 cars and British Superbikes. If you love cars, this is heaven. 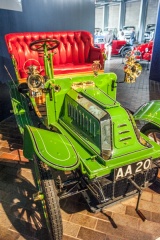 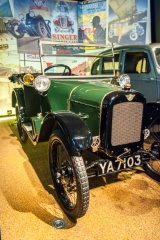 The major architect of the Victorian Gothic house you see today was Sir Arthur Blomfield, who transformed the earlier medieval building for Lord Henry Scott. The result is a fascinating mix of Victorian elegance and original medieval features. Palace House is very much a much-loved family home, not a museum-piece, and the interiors reflect that.

Among the rooms on show to visitors is the Portrait Room, with paintings of the Montagu family, and the Dining Hall, originally the monastic inner hall. The Dining Hall was used for entertaining in the 18th and 19th centuries, and you can see preserved menus from events hosted here. There is a Victorian kitchen, retaining many of the original objects used by the staff to prepare meals in the Victorian period.

My favourite room at Beaulieu is the Upper Drawing Room, with marvellous traceried windows and blocked Gothic arches revealing its monastic past. The north chapel of the monk's gatehouse has been converted into a Private Dining Room, and is lined with linenfold oak panelling. There is a suite of private apartments which are open to the public when Lord Montagu and his family are not at home. 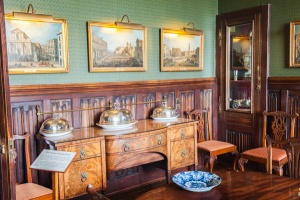 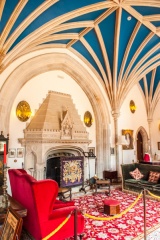 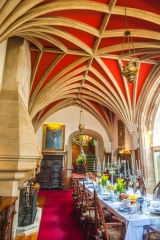 Like many older houses, Beaulieu has its fair share of ghost stories. Visitors have reported seeing a spectral monk, but the most striking and believable ghost story relates to a Lady in Blue, said to be the spirit of Isabella, Countess of Beaulieu, who died in 1787. The ghost is said to pass through walls and makes noise in the area of the private apartments. What's more, the Lady in Blue has been photographed by a member of staff, who was trying out the camera on her new mobile phone when she caught sight of the apparition.

Copies of the photo are shown to visitors, and I must say, there certainly seemed to be 'something' peculiar in the photo. The image I've shared with this article is a photo of a newsprint copy of the original, but hopefully it conveys something of the original image! 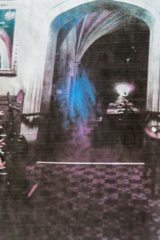 Photo of the
'Lady in Blue' ghost

In front of Palace House stands a very large formal garden, situated on what was originally the abbey grounds. There is a Victorian flower garden, with a rose garden, a mill pond walk, an ornamental kitchen garden featuring a restored Victorian vine house, and an informal Wilderness Garden, where snowdrops, bluebells, and crocuses bloom in season.

In the garden stands the Rufus Memorial Cairn, marking the spot where William II (dubbed 'Rufus' for his red hair) was killed by an arrow in 1100. Traditional history suggests that the king was killed at Minstead, 10 miles to the north, but Beaulieu challenges that claim, and the memorial, built with stone from the abbey ruins, is a reminder of a historical mystery.

The great abbey church was completed in 1246 and was one of the largest Cistercian churches in England. Most of the church was destroyed following the Reformation, and the stone reused for other building projects, but you can get an idea of the scale of the building from the foundation walls laid out on the lawns. The site of the high altar is marked by a topiary plinth topped by a cross, and to the left of the altar is a stone marking the grave of Isabella, Countess of Cornwall, who died in 1240.

Several of the monastic buildings surrounding the abbey church still survive in some form, including The Cellarers Hall, now used as an exhibition space about monastic life. It is one of the most atmospheric museum spaces I've ever visited! To the south of the church is the cloisters, with a very impressive facade of arches marking the Lay Brothers Day Entrance.

The Lay Brothers lived in the Domus, with a refectory, or dining area, on the ground floor and a dormitory space above. You can see the lovely timber roof of this space, now used to host events. On one side of the cloisters is the parish church, originally the dining area for the choir monks. This has served as the parish church for Beaulieu since the mid-16th century. Since it was not intended as a church from the beginning, however, the altar is in a peculiar position at the south end. 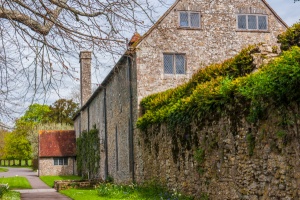 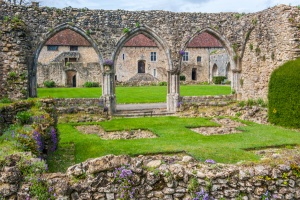 Ruins of the abbey cloister buildings 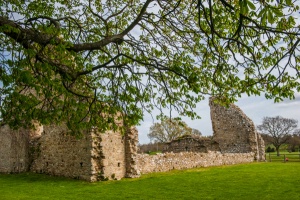 Ruins of the abbey Fulling Mill, circa 1475

Beaulieu is much, much more than a stately home. It is an intriguing monastic site, a 16th-century church created from a medieval building, a Victorian garden, a family entertainment park, and perhaps the world's finest motoring museum. That's a long list, and it is a place you could spend a long time enjoying! 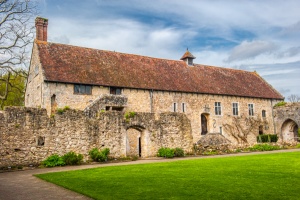 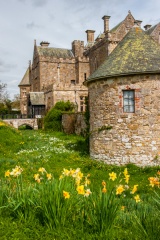 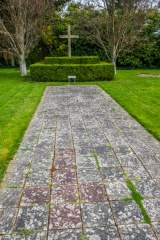 Site of the abbey church

Museum: The National Motor Museum is an astonishing collection of the worlds best and most unique motor vehicles, covering over 250 examples from antique and veteran cars to modern speed machines.

More self catering near Beaulieu >>

More bed and breakfasts near Beaulieu >> 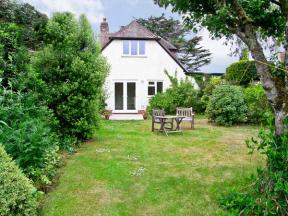 This detached cottage is located in the village of Beaulieu in the New Forest and sleeps two people in one bedroom.
Sleeps 2