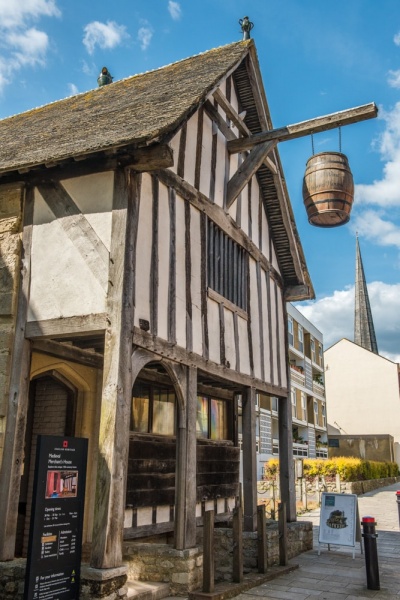 Medieval Merchant's House is a 13th-century house that is one of the few surviving medieval townhouses in England. The house has been restored to what it might have looked like in the 14th century.

The house was built in 1290 by John Fortin, a wine merchant involved in trade with France. It was used both as a residence for Fortin and his family, and as a storehouse and shop.

Damage from a German bomb in 1940 laid bare the medieval structure of the house. Later additions have been removed, restoring it to the way it would have looked in the mid-14th century, with replica furniture to reflect how the house residents lived and worked.

The design is typical of a medieval merchant's dwelling, with a narrow street frontage, an undercroft for storing wine at a relatively constant temperature, and a projecting first floor jutting out over the street, supported by wooden posts. A wooden sign in the shape of a wine barrel hangs from the projecting chamber, letting passers-by know what wares were for sale here. 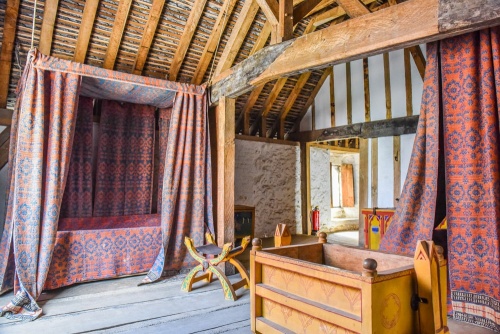 The shop gives way to a large hall, originally heated by a central hearth, but now warmed by a 14th-century chimney. At the back of the ground floor is a small private chamber with a decorated ceiling. The first floor has a pair of bedchambers, linked by a gallery.

The east chamber, over the street, shows original builder's marks on the timbers. The west chamber is more Victorian in character, with its 19th-century ceiling.

Archaeology has revealed that the southwest corner of the building collapsed in the middle of the 14th century, perhaps during the French raid of 1338, when many merchant's buildings in the French Street area of Southampton were destroyed.

The house survived the medieval period relatively intact but was divided into 3 cottages in the 17th century. In 1780 the divisions were removed, and the house served as a lodging for actors. The late 19th century saw more changes, and the house served briefly as a beer shop, then as a pub. By the outbreak of WWII it was a brothel.

When bomb damage revealed the medieval house, the property was bought by the city council, and eventually was passed into the care of English Heritage.

Medieval Merchants House is very small, and won't take more than a few minutes to explore. It is fascinating to compare this unpretentious building with Tudor House, a very large and very ornate late medieval timber-framed building just a few minutes walk away. 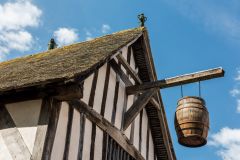 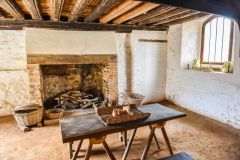 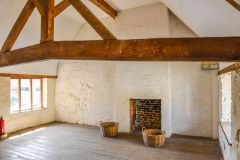 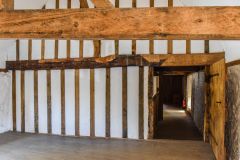 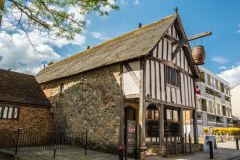