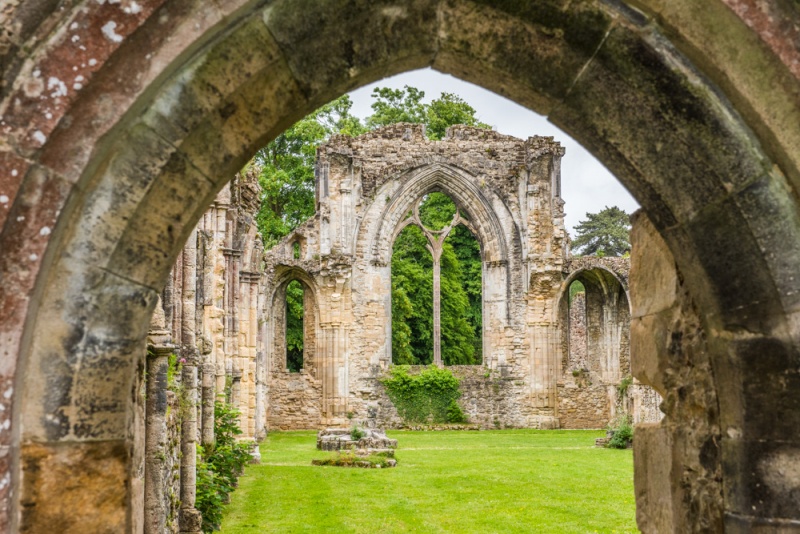 The church ruins at Netley Abbey

See the substantial ruins of a 13th-century Cistercian abbey founded by Peter des Roches, Bishop of Winchester, as a daughter house of Beaulieu Abbey. Henry III later became a patron of the abbey, and his name is inscribed on a foundation stone at the base of the north east crossing tower. 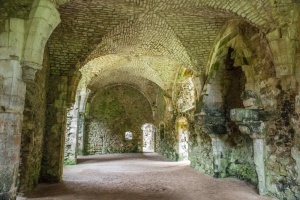 In 1238 the powerful Bishop of Winchester, Peter des Roches, founded an abbey for the Cistercian order. De Roches died before work had begun, but the project went ahead, and the first monks arrived from Beaulieu in 1239.

The monks lived in timber buildings while the abbey church was being built, after which stone residences were created, housing 15 monks and 30 lay brothers, along with assorted other servants.

Netley was suppressed by Henry VIII in 1536, and the king granted the monastic estate to Sir William Paulet, the 1st Marquess of Winchester and treasurer of the royal household. Paulet transformed the monastic buildings into an impressive residence, designed in a traditional Tudor courtyard pattern, turning the monk's cloister into a central courtyard and removing the refectory to make way for a turreted entrance gatehouse of brick.

Paulet's house was deserted in 1704, and the last owner sold it to be used as a supply of building material. In a tragic accident, a workman acting as part of the demolition team was killed, and the destruction of Netley Abbey stopped as a result.

But the tragedy had an unexpected outcome, for instead of becoming a building site, the abbey gradually gained a reputation as a romantic ruin, with scores of artists, writers, and poets drawing inspiration from the overgrown site. Constable painted the ruined abbey, and poet Thomas Grey extolled it. Jane Austen is said to have used Netley as inspiration for her novel, Northanger Abbey.

The Romantic movement did not last, and a later owner decided to clear the site of foliage and remove the Tudor alterations, returning Netley to roughly the way it looked after the last monks left in 1536.

A curious feature in the ruins of the abbey church are a series of inscriptions to Henry III, the abbey's patron. You can find the inscriptions on 3 of the 4 huge piers in the transept crossing.

The abbey is very well signposted from surrounding roads. The signs directed me to Abbey Hill, but once there it wasn't immediately obvious where the entrance was. I ended up parking 100 yards away near the recycling centre, then walking along the road until I found the entrance, which is on the north side of the road.

There is a small parking area inside the gates, which are somewhat difficult to see while driving along the road. There are no facilities beyond several useful information panels which tell the history of the abbey and the layout of the ruins.

I thought Netley Abbey was an outstanding example of a medieval monastery; it surprises me that it doesn't seem better known. 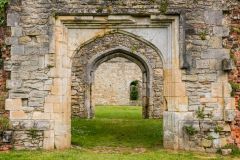 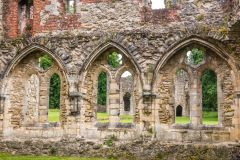 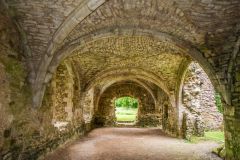 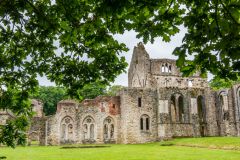 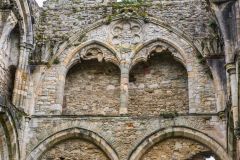 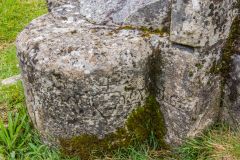 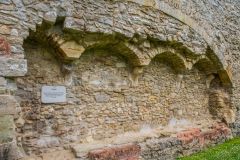 More self catering near Netley Abbey >>