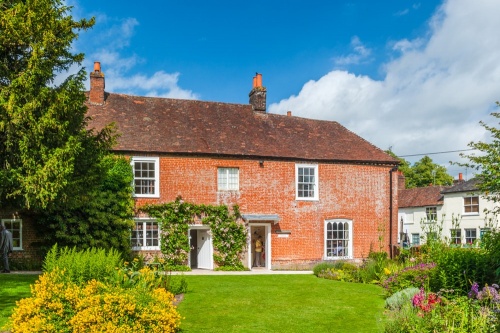 This delightful museum is located in the comfortable 17th-century house where Jane Austen worked and wrote some of her most enduring novels, including Pride and Prejudice. See the table where she wrote, and numerous artefacts associated with her and her family. In the Old Bakehouse is the donkey cart in which Austen rode when she became too ill to walk.

Several first editions of the novelist's works are on display. Beside the main house is the separate kitchen, with its huge brick fireplace. Chawton is located just a few miles from Austen's birthplace at Steventon.

The house was built in the late 15th or early 16th century. It was a farmhouse until 1769 when it became part of the wide-ranging estates owned by Thomas Knight. It was briefly an alehouse, then became the residence for Knight's estate manager.

Thomas Knight adopted Edward Austen, Jane's brother, as his heir, and in 1809 Edward offered the house to his mother, Jane, and her sister Cassandra to live in, rent-free. Austen spent the rest of her life here, save only her final few months when she lived in Winchester. After Cassandra's death, the house was used for estate workers. The house is set in an extremely attractive small garden. 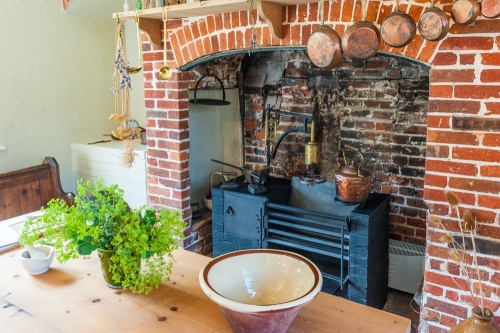 The Jane Austen House is a delight to visit. Even on a sunny summer weekend there were not too many visitors, though the house itself is small. The furnishings are homely, an indication of the circumstances that the Austen family was reduced to after the death of Jane's father.

There are two floors of rooms, each room attractively presented with a mix of family treasures and informational signs telling the story of Austen's life, writing career, and death. There are toys and pastimes enjoyed by Jane and her family, and collections of family letters on display.

One of the most interesting features for modern visitors are the costumes worn by actresses in several recent BBC and film adaptations of Austen's works. Perhaps the most memorable of all the objects on display is the writing desk where the authoress wrote some of her most famous novels.

To call it a desk may conjure images of a large, grand piece of furniture, but nothing could be further from the truth; what is striking is just how tiny the desk is. It looks no larger than a plant stand, yet at this modest little table, Jane Austen produced some of the most popular and enduring works of English fiction.

The museum shop has a leaflet detailing a Jane Austen walking trail around Chawton and into the larger nearby town of Alton. Chawton itself is an extremely attractive village, with several interesting older houses, some of them thatched. Oh, and one other thing: if you are visiting with children, there is a short quiz which our 10-year-old daughter found fascinating! 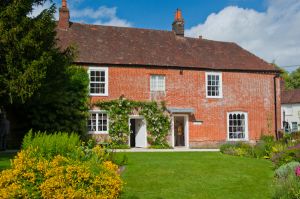