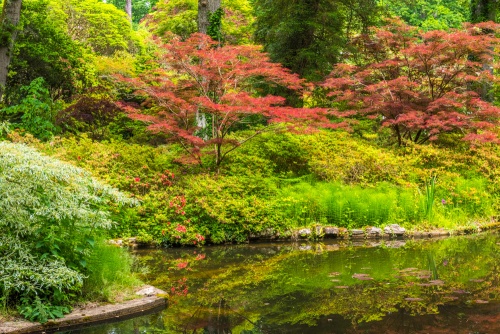 Plan for a long stay in this 200-acre garden begun in the 1920's by the Rothschild family of bankers. Known for developing hybrid rhododendrons and azaleas, notable features at Exbury include a winter garden, a rock garden, fruit trees, a daffodil meadow, and an iris garden.

Lionel Nathan de Rothschild bought the Exbury estate in 1919. Lionel was a gardening enthusiast and began to lay out a vast garden on the estate where he could indulge his passion for azaleas, rhododendrons, and exotic shrubs.

Rothschild reclaimed large areas of woodland along the Beaulieu River and added walking trails through the woods. The scale of his ambition was staggering; he built three large concrete-lined ponds fed by a large water tower, and 22 miles of underground piping to keep the gardens irrigated. 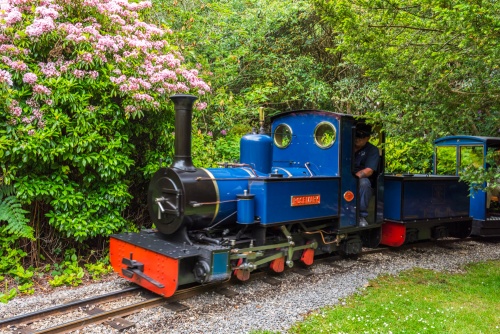 Lionel was an avid horticulturist and created several unique hybrids. Both Lionel and his son Edmund were awarded the highest Royal Horticultural Society honour - the Victoria Medal of Honour.

The work on Exbury continued for decades, and the result is one of Britain's best woodland gardens. One visitor famously wrote in the garden's guest book that Exbury was 'Heaven with the gates open'.

Features of the gardens include several large ponds, plus architecture focal points such as a Japanese bridge. Smaller garden areas include a heather garden, iris garden, sundial garden, maple walk, camellia walk, and the Azalea Bowl.

There is a daffodil meadow - at its best in spring - an American Garden, and wildlife ponds, to name just some of the most popular areas. Look for the ancient yew tree called the Domesday Yew, thought to have stood at the time of the Domesday Book in 1086.

The gardens are utterly superb when Autumn colours come out late in the year. 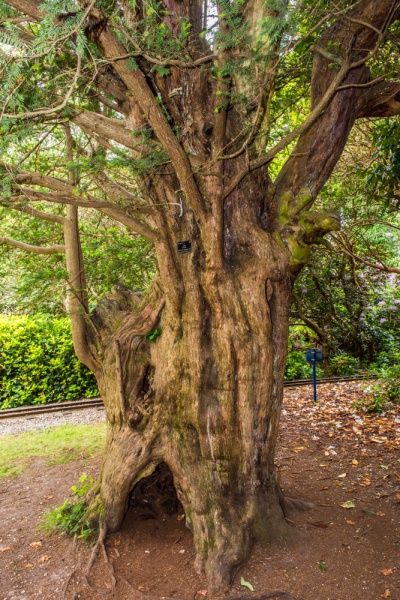 Tucked into the north eastern corner of Exbury Gardens is a popular narrow gauge steam railway. The railway takes visitors on a trip through the Summer Land Gardens, looks over the rock garden, and loops through the American Garden. A trip on the steam railway gives a great overview of the eastern areas of the garden - and it's fun!

The railway carriages were initially pulled by a pair of custom-built steam locomotives named Eddy and Rosemary after the Rothschild owners of the estate.

The train service was launched in 2001 and proved so popular that a new, more powerful locomotive had to be built especially for Exbury by the Exmoor Steam Railway. The Exbury railway has carried Queen Elizabeth II on a special trip and offers extremely popular Ghost Trains in October school holidays and Santa Steam journeys in the Christmas period.

The gardens are usually open from Spring through Autumn. Give yourself plenty of time to explore the gardens; there is so much to see. The main trails through the gardens are very well signposted, but I still found it easy to get lost, for the gardens seem to go on forever in all directions!

Little ones will enjoy exploring Exbury's expansive gardens, feeding giant koi carp and golden orfe fish at Top Pond, completing free activity sheets (for children aged 3-11), and letting off steam in the adventure play area that includes a sky walk trail, bucket swings and a play hut. There are special events tailored to children and families during the school holiday break.

A large number of Exbury's paths are wheelchair accessible and are marked clearly around the gardens. The steam railway has carriages specially adapted to accommodate wheelchair users and their family members.

Dogs are welcome at Exbury and can even ride the train! 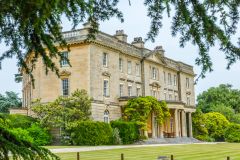 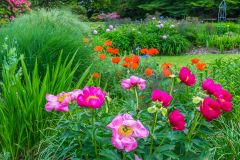 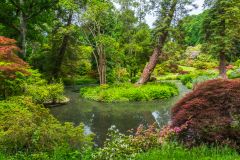 More self catering near Exbury Gardens and Steam Railway >>

More bed and breakfasts near Exbury Gardens and Steam Railway >>