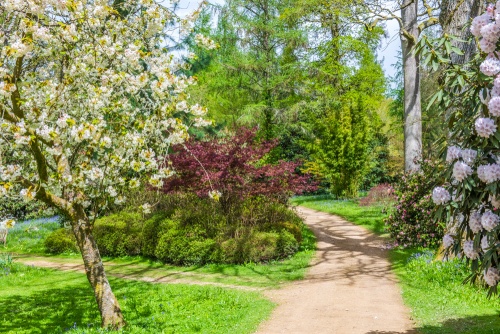 A 20-acre garden featuring flowering shrubs, Ramster Hall Garden was created at the turn of the 20th century. There is colour year round under a canopy of oak and larch, and the garden features woodland walks, a bog garden, and a collection of hybrid rhododendron among other horticultural treats.

The Hall at Ramster dates to the early 17th century. It was built for a prosperous glass maker, at a time when the Chiddingfold area was at the centre of a thriving glass manufacturing industry. The house was a long hall, with a chimney running up through the centre of the building, featuring a pair of parlours, two floors, and a suite of service rooms.

That gives you the notion that it was a very luxurious residence for the time period! When the glass industry went into a decline in the late 17th century the Hall became a farmhouse, and a large barn structure was added onto the end of the Hall. Then in 1900 Sir Harry Wheeler bought Ramster and converted the farmhouse into a comfortable residence, fit for an Edwardian gentleman.

Wheeler called upon the local Gauntlett Nurseries of Chiddingfold to lay out the gardens surrounding the house. Gauntlett were known for Japanese style gardens and their use of flowering shrubs and these features became the basis of the Ramster gardens. 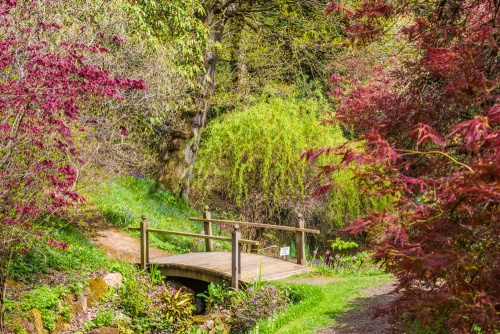 Gauntlett did not simply plant in the Japanese style; they imported plants and garden decoration directly from Japan so Ramster is filled with original Japanese elements including stone lanterns, copses of bamboo, and an avenue of Japanese maple.

In 1922 Sir Henry and Lady Norman purchased Ramster. Lady Norman came from a strong horticultural background; her grandfather was Henry Pochin, who began the gardens at Bodnant, in north Wales. Lady Norman added the azaleas and rhododendrons that are one of Ramster's most impressive features. 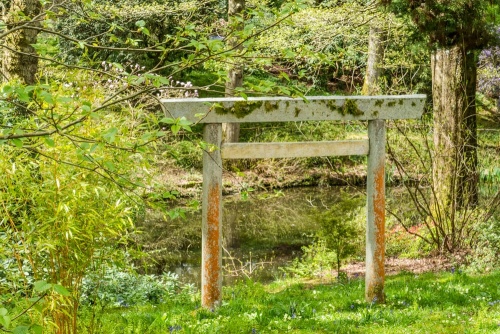 'The Arch' - an Oriental gateway

Highlights include a woodland area at the top of the garden, planted with hardy hybrid rhododendrons. Over 170 different varieties of rhododendrons make the woodland burst with colour from April through June.

The main garden is at its best in May, when the rhododendrons and azaleas are at their peak of colour, and bluebells are still in bloom. There are water features throughout, and a bog garden where gigantic gunnera grows. A woodland walk winds down to a pretty lake where you might spot some of the local wildlife.

In 1927 Ramster became one of the first private gardens to open to the public under the National Garden Scheme (NGS). It still opens for the NGS each year, one of the very few original NGS gardens to remain open.

The Hall itself is not open to the public and is used as a venue for weddings and corporate events. The gardens are open regular hours during the spring and autumn months; check the official website for current details. 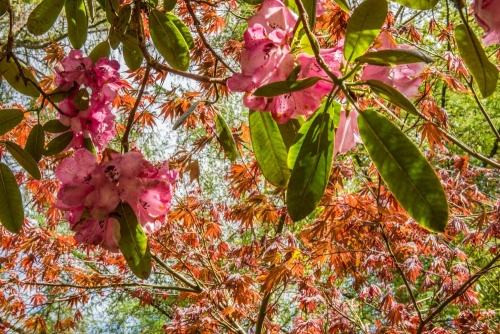 Ramster Hall is located on the A283 roughly 1.5 miles south of Chiddingfold and about 4 miles east of Haslemere. The gardens are well signposted and there is a large, free parking area. Be aware that to enter the gardens you have to walk across a minor road from the parking area on the west side of the road to the garden entrance on the east. It isn't dangerous at all, just use common sense.

We visited on an overcast day in April, when the rhododendrons and azaleas were out and the woodland trails were lush with bluebells. The colour was stunning, and the beauty of the winding garden trails was something I will always remember. Ramster deserves greater attention; if you enjoy visiting gardens you will want to come back again and again at different times of the year. 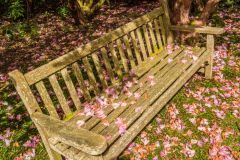 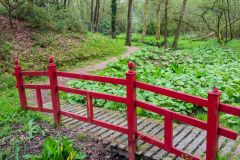 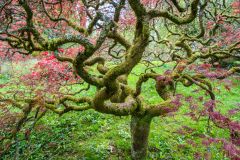 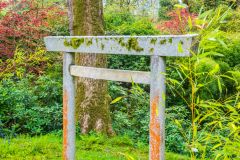 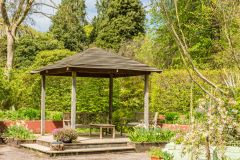 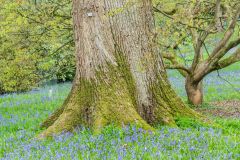 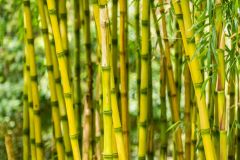 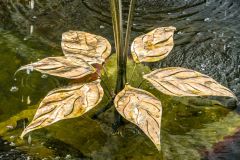