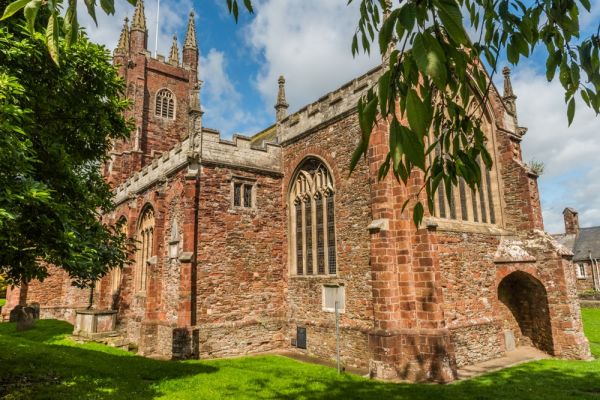 St Mary's Church is an attractive red sandstone building set back from the bustling High Street in Totnes. There has probably been a church on this site above the River Dart for a thousand years but the attractive sandstone building we see today was built in the middle of the 15th century to replace an earlier 13th-century church.

Attached to the church was a Benedictine priory, a daughter house of the abbey in Angers, France. The priory was established by a Norman knight named Judhael de Totnes, who also began Totnes Castle. The priory buildings stood to the north-east of St Mary's.

In 1553 a wealthy merchant named Walter Smythe bought to decaying priory buildings, restored them, and gave them to the town for the use of the Guilds of Merchants. These are now the Guildhall, immediately behind the churchyard. 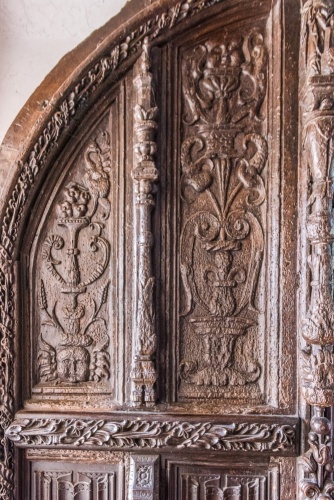 The distinctive red sandstone tower of St Mary's is a local landmark and rises 120 feet above the ground. Look for three carvings set into niches on the tower. The central sculpture appears to be a bearded man wearing a bishop's mitre. This may depict Bishop Lacy of Exeter, who was in office at the time of the church rebuilding in the middle of the 15th century.

The exterior of the church is adorned with grotesque carvings (often erroneously called gargoyles).

Before you enter the church take a moment to see if you can spot places where local archers sharpened their arrows. In 1363 Edward II proclaimed a law that made it compulsory for all males to practice archery on Sunday.

The obvious place to practice archery was the churchyard. When arrowheads became blunted, the locals would sharpen them on the church walls. Look for deep grooves on corners and doorway frames. 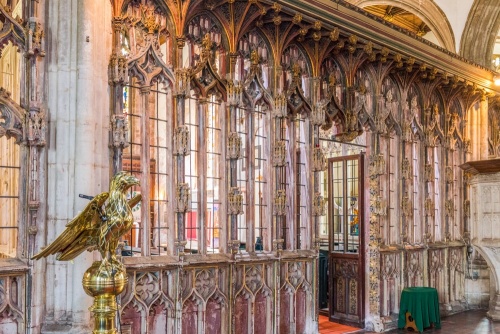 One of the most interesting historical features of St Mary's is the Tudor south door, split into two halves. The top of each door is original and they are decorated with fabulous carvings of animals, birds, and cherubs. Look for the carving of a monkey and another of a grotesque bird.

In the centre of the nave are the civic pews, made for town officials. The pews were made around 1636 and feature carvings of cherubs and bewigged gentlemen. Most interesting of all are carvings of what appear to be Inca heads. Why are they carved here?

Over the central aisle is a brass candelabra given to the church in 1701.

The octagonal font probably dates to the 14th century. It is topped by a Jacobean cover with a finial depicting a dove atop a pineapple. 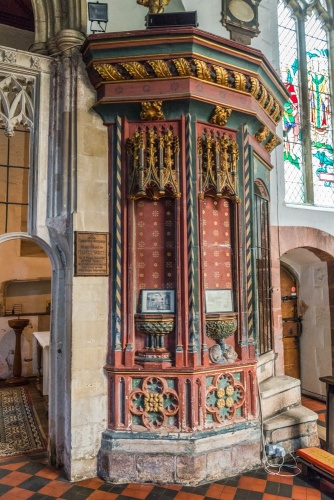 The painted rood stair in the chancel

Separating the nave and chancel is a magnificent rood screen, considered one of the finest in Devon, a county with some outstanding medieval screens. The screen was crafted around 1450. Just left of the doorway is a carving of a Green Man, the ancient pagan symbol of fertility and rebirth, with vines growing from his mouth.

Of the same date as the screen is a magnificent wineglass pulpit made of Beer stone. The pulpit originally had a tester, or canopy topped with a gilded angel. The angel is now on top of the beautifully decorated stone rood stair, which once led to a gallery over the rood screen. 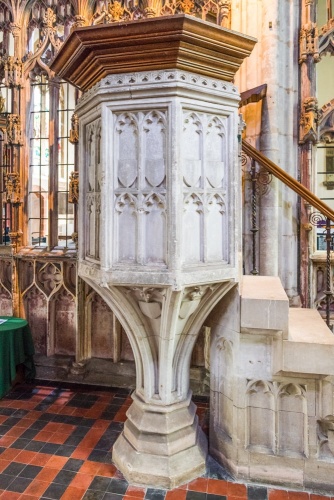 On the right side of the chancel is a memorial to Walter Smythe, the merchant who gave the Guildhall to the townsfolk. On the north wall is a memorial to Christopher Blackhall (d 1634) showing him with kneeling figures of his four wives.

At the back of the church is a rare terracotta memorial to the philanthropist brothers John and Walter Venning. The Vennings set up the Society for the Improvement of Prison Discipline in London, while John Venning went on to establish the Russian Prison Society and worked for better prison and lunatic asylum conditions.

The best stained-glass window in the church is at the north-east end of the nave. This window is designed by CE Kempe, perhaps the most famous Victorian stained glass studio.

In St Nicholas' Chapel is a 15th-century piscina to which traces of paint still cling. In St Leonard's Chapel is a copy of the 'Judas Bible', given in 1690 by Lady Anne Seymour. It is so named because of a misprint reading 'Judas' instead of 'Jesus'. 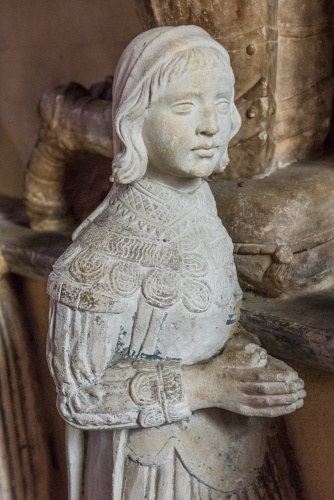 Figure on the Blackhall memorial, 1634

St Mary's is a superb medieval building with a wealth of historical interest. The church s normally open to visitors and was open when we visited. There is no dedicated parking but there are several paid parking areas, notable on Coronation Road at the bottom of the hill. The church is a few minutes easy stroll from Totnes Castle. 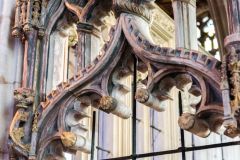 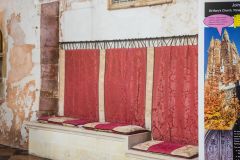 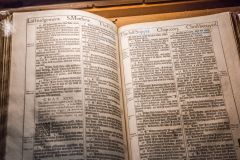 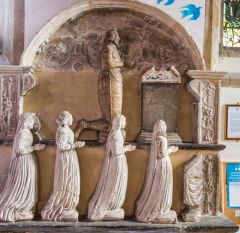 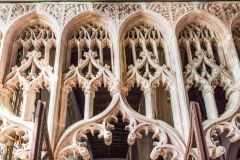