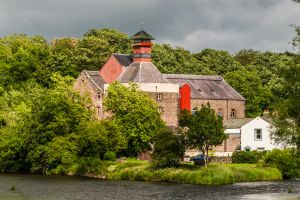 Jennings Brewery from the River Derwent

Tour a historic independent brewery, operating on the site of a Norman castle on the edge of Cockermouth. See how Jennings' real ales are brewed and have a taste in a traditional bar.

In 1828 John Jennings established a brewery in the north Cumbria village of Lorton. John was simply continuing a tradition begun by his father William (1751-1848) who was a Maltster. We're not exactly sure where the brewery stood; perhaps at High Swinside or at Scales, but most likely in buildings near the present Lorton village hall. John's son, also named John, does not appear to have joined the family business; instead, he began a career making thread.

After more than 4 decades at Lorton, the Jennings brewery needed larger premises. The Jennings family found the perfect base of operations in the nearby town of Cockermouth, at the confluence of the rivers Derwent and Cocker. The Norman castle beside the rivers had a good supply of water from its own well, and of course, the greater population of Cockermouth meant there was a larger customer base for selling ale!

The brewery moved to Cockermouth in 1874 but continued to operate in Lorton for several more years. In 1881 control; of the company was divided between the 3 sons of John Jennings Junior. By the time the business became a limited company in 1887 it operated 3 maltings and ran 16 licensed outlets. The brewery continued to expand throughout Cumbria, buying up small breweries and village pubs.

One of the unique features of the Jennings brewery is that water used in the brewing process is drawn from the brewery's own well, first established by the Normans. Ingredients used English malt, Fuggles hops from Herefordshire, and Golding hops from Kent.

You can tour the 19th-century brewery, which stands in the shadow of the original Norman castle. Tours include a stop at the brewery's own Old Cooperage bar, where you can sample some of Jenning's best Lakeland ales.

There is a range of traditional ales, such as Jennings Bitter and Dark Mild, as well as seasonal ales such as Cockle Warmer and Cocky Blond. The brewery seems to enjoy putting out special ales with dreadful puns in the names, including recent efforts like Pigs Might Fly, Summit Else, and Sheep Thrills.

Pre-booking of tours is essential, either online or by telephone. 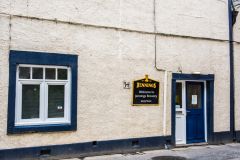 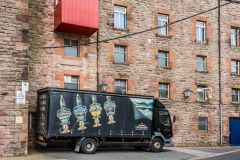