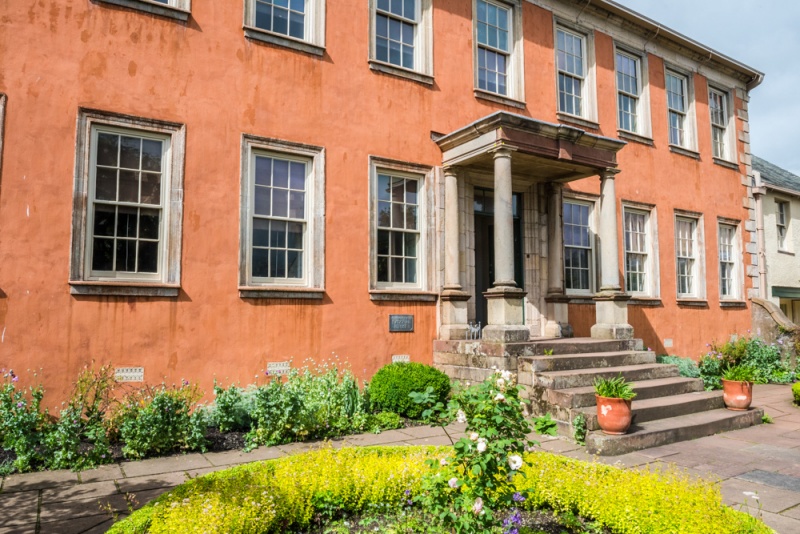 This simple Georgian townhouse was the birthplace and childhood home of poet William Wordsworth. Displays give an insight into life in 1770s Cockermouth, with costumed interpreters and interactive demonstrations.

William Wordsworth and his sister Dorothy were born in this attractive Georgian house on Cockermouth High Street. The house is presented to visitors as it would have looked in the 1770s when the pair lived here with their parents and 3 brothers. 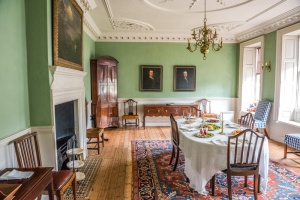 There is a fire on the hearth and real food laid on the table - you can even have a taste! The cellar is a dark and dangerous place, with ghosts ready to tell their tales of woe to unwary visitors, so beware!

As you can guess, Wordsworth House is geared towards family visitors. There are 18th-century clothes for children to try on, a quill and inkpot to try your hand at writing (it is harder than it looks), and plenty of hands-on opportunities to experience what life must have been like for the Wordsworth children growing up in 18th-century Cumbria.

The house was built in 1690 by William Bird, and it initially housed agents of wealthy local landowners. Around 1740 it was purchased by the Sheriff of Cumberland, Joshua Lucock, who remodelled it in Georgian style with sash windows, wooden panelling, and a neo-classical entrance porch.

William Wordsworth was born here in 1770 to a lawyer named John Wordsworth, and his wife Ann. John Wordsworth served as an agent for Sir James Lowther, who owned the house, and Lowther allowed the family to live here without rent. Detailed records kept by John Wordsworth give a fascinating glimpse into the Wordsworth's lifestyle and that of his employer.

John Wordsworth died in 1783, and the family were forced to leave. The children were sent to live with relatives.

The house passed through numerous hands until 1937, when the owner, Dr Edward Ellis, agreed to sell the property to Cumberland Motor Services, who planned to tear down the Georgian house and erect a bus garage. Local groups became alarmed at the prospect of losing the house. They raised 1,625 pounds to purchase the property and granted it to the National Trust.

The Trust has painstakingly recreated what the house might have looked like when William and Dorothy were growing up here. Layers of wall covering have been analysed to come up with a paint scheme that is, as far as we know, accurate to the late 18th-century look of each room.

The 'best' rooms, at the front of the house, have been furnished with authentic 18th-century furniture, which, though not specifically related to the Wordsworth family, at least give a good idea of how they would have lived. There are a few items owned by the Wordsworths, however, so all is not hypothesis! Outside the house are lovely gardens, where the Wordsworth children would have played. 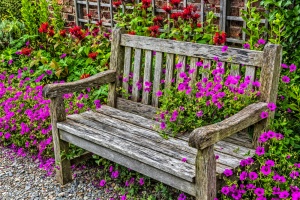 Wordsworth's House is very well signposted and is easy to find, standing at the western end of Main Street, at its junction with Gallowbarrow Road (the A5086). If you are arriving by car, you will probably park at the main city car park off Wakefield Road. From there just cross over the pedestrian bridge across the River Derwent, turn right on Main Street, and you're at the front gates to Wordsworth's House immediately.

Our family visited on a sunny day in June, and to our surprise, the house was relatively free of other visitors. The house is a fascinating mix of formal and informal rooms, with some beautiful period furnishings. One of the most interesting rooms was the small chamber where John Wordsworth carried out his duties as Sir James Lowther's agent, with its writing desk covered in documents, with an inkstand and quill pen standing ready.

If this was John Wordsworth's domain the kitchen was where Ann Wordsworth ruled. The kitchen is a fascinating period piece, with a huge fireplace and a clever mechanical device for turning meat on a spit in front of the fire. Just off the kitchen is a small room where she met servants and organised household affairs. 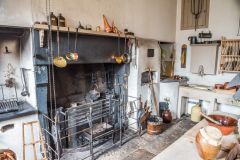 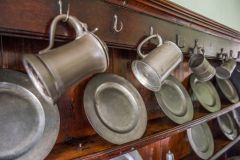 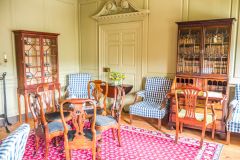 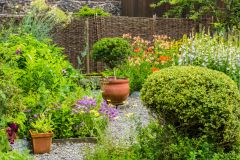 More self catering near Wordsworth House >>