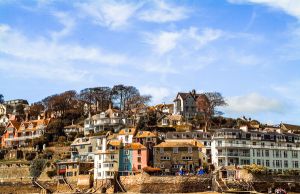 Salcombe Maritime Museum
Learn about Salcombe's long history as a centre for sailing, fishing, and shipbuilding in this lovely little museum in the market place. Learn the fascinating story of Salcombe 'fruit clippers' and their race to be the first ships back to English ports with exotic foreign fruit.

The museum is housed in the cellars of the Old Council Hall on Market Street. There are three main rooms of exhibits, including the Sip Room, where you'll find a gallery of paintings depicting the fruit racing schooners built in Salcombe in the 19th century.

Much like the famous tea-clipper ships, the Salcombe 'fruiters' tried to outdo each other in bringing home cargoes of fruit from the Azores, the West Indies, and the Mediterranean. The captain who could bring his fruit to the major ports of Bristol, Liverpool, and London stood to make the most money, so a fast ship was a necessity! Portraits of these specially built ships were usually commissioned by the captain, often from poor artists who worked on the quayside of foreign ports.

There is much more to Salcombe's history of shipbuilding than the fruit schooners, though; the museum has a large collection of tools used by the builders who once crammed the waterfront. See also WWII mementoes, many given by US servicemen who sailed from Salcombe for the D-Day landings. You can also enjoy coastguard rescue gear and navigational tools.

There is a collection of historic camera gear used by the local photographer AE Fairweather, whose old photos of Salcombe are a major feature of the museum.

But there's a sobering side to sailing, of course, a side that is reflected in the Wreck Room, which tells the story of the hundreds of vessels that have foundered off the Salcombe coast. From the remains of a Bronze Age wreck at Moor Sands to the tragic loss of the William and Emma lifeboat off Salcombe Bar in 1916, this exhibit traces some of the most famous and infamous wrecks.

Learn the tale of the San Pedro el Mayor, the only ship of the Spanish Armada known to have been wrecked in England itself. Then there is the sad tale of the HMS Ramillies, lost off Bolt Tail in 1760 with the loss of 760 lives. Fins from the wreckage are displayed, including a cannonball and a sounding lead. One of the most famous wrecks was that of the SS Medina, a P&O company ocean liner sunk by a German submarine in 1917.

Younger visitors will enjoy the Young Sailor's Room, where children dress up as pirates, handle scale-models, learn how morse code and semaphore work, and light a mock Armada Beacon. This three-storey cottage rests in Devon and can sleep eight people in four bedrooms.
Sleeps 8 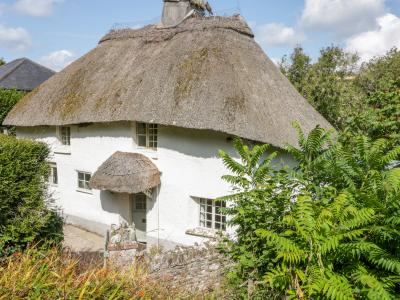 This detached cottage rests in Devon and can sleep four people in two bedrooms.
Sleeps 4