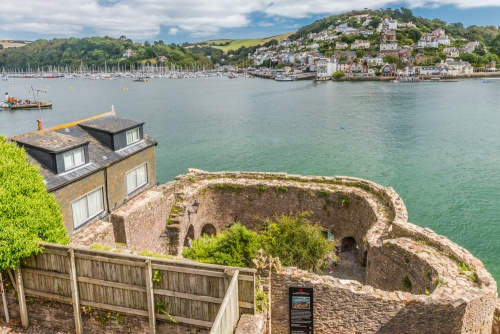 Bayard's Cove Fort is a very small gun fort, built during Tudor times to defend the entrance to Dartmouth harbour. The fort was built by the Dartmouth Corporation around the year 1510 at the narrowest point of the harbour entrance.

Throughout the medieval period, Dartmouth gradually developed as an important shipping centre due to its safe natural anchorage at the mouth of the River Dart. It was a centre for wine trade with France and, in the later medieval period, as a major port for the cloth trade.

Dartmouth's importance made it a natural target for foreign raids, so sometime around 1509/10 the city government began construction of a small fort, manned by artillery. We do not know when the fort was completed, but it was before 1537. It stands at the edge of a Tudor stone quay, built at the same time.

It is perhaps an indication of just how nervous the citizens of Dartmouth were about the threat of a sea attack, for the mouth of the Dart was already protected by the twin fortresses of Dartmouth Castle and Kingswear Castle, which faced each other across the Dart about a mile to the south. So Bayard's Cove Fort was a small, second line of defence. 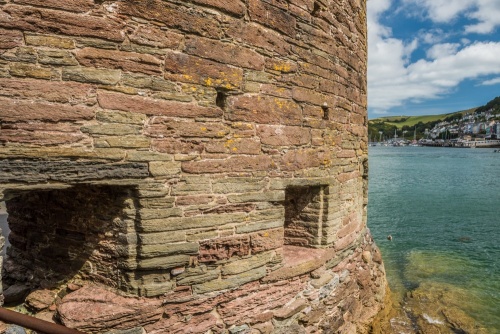 Gun ports on the south facade

The fort is irregular in layout, with a roughly rectangular plan protected by high walls with rounded corners. Access was by way of an arch connected to a wall walk. There was a small area beside the main enclosure that was probably used for garrison living quarters.

Close to the water's edge are 11 gun ports. These are larger than the gun ports of nearby Dartmouth Castle, but of a similar design, with shutters covering the exterior and a deeply splayed interior opening.

The fort never came under attack by sea, though it was defended unsuccessfully by Royalist forces during the Civil War. On that occasion, the town was taken from the landward side, so the fort served no useful purpose.

Bayard's Cove Fort fell into a state of decay in the 18th century and was only rescued after the Royal Naval College was established in Dartmouth in 1863. It was used briefly as a machine gun post in 1940, but it proved to have a restricted field of fire, so it was quickly abandoned. It came into the care of English Heritage in 1984. 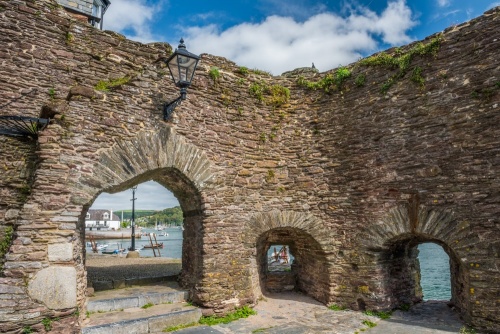 Finding Bayard's Cove Fort couldn't be easier. Just head south along the Embankment until you come to the end of the quay. Turn right then immediately left and the Fort is directly in front of you. I recommend passing through the Fort and climbing the steep set of stairs that lead up to Newcomen Road. From there you can look down on the Fort from above and get a very good idea of the design.

There is no dedicated parking - indeed, parking is a real challenge anywhere near the waterfront in Dartmouth. I highly recommend using the park and ride service. 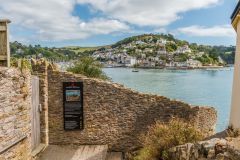 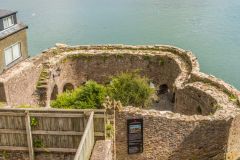 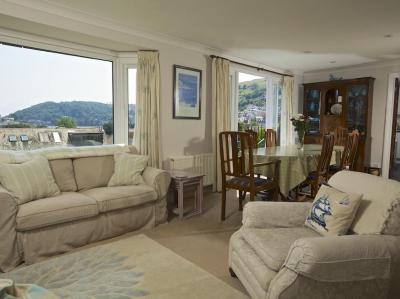 light and spacious detached property, situated in an elevated position in Dartmouth, with three bedrooms to sleep six people.
Sleeps 6 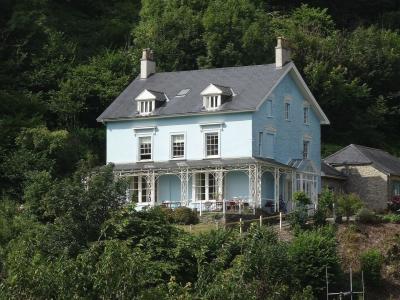 This handsome Georgian Grade II listed three-storey house is situated in the Devon riverside town of Dartmouth and can sleep 14 people in six bedrooms.
Sleeps 13