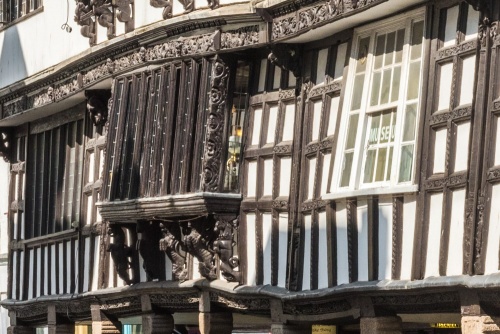 Dartmouth Museum is a fascinating museum of local life and heritage, housed in the Butterwalk, a picturesque timber-framed merchant's house built between 1635 and 1640.

The Butterwalk was built on land reclaimed from the estuary. The soft soil on the reclaimed land resulted in shifting foundations over time so that today the Butterwalk is a wonderfully quirky example of a 'black and white' building with sloping floors and crooked doorways. 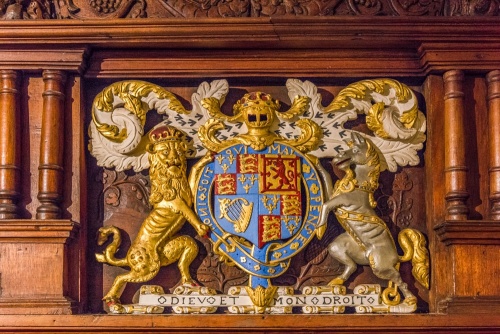 Royal Coat of Arms in the King's Room

Though the entire museum building is of great historical interest, one room, in particular, draws the attention of most visitors. That is the King's Room, so named for its links to King Charles II. The king's ship was forced to put into Dartmouth in 1671 due to a severe storm. The king and his royal entourage were hosted here, in what was considered the best room in town. One reminder of the visit is a painted and gilded royal coat of arms over the fireplace.

The King's room acts as a display area for a large number of ship models covering the rich maritime history of Dartmouth. The centrepiece is an exceptionally detailed model of the 1782 24-gun sloop HMS Echo. Around the walls of the room are models following a timeline, beginning with an early medieval Crusader warship. Next is a 14th-century 'cog' similar to the one used by John Hawley, a privateer and 14-times Mayor of Dartmouth.

Then there is a model of the Mayflower that took the Pilgrim Fathers to America. The Pilgrims were forced to put in to Dartmouth for repairs to the Mayflower's sister ship, the Speedwell. 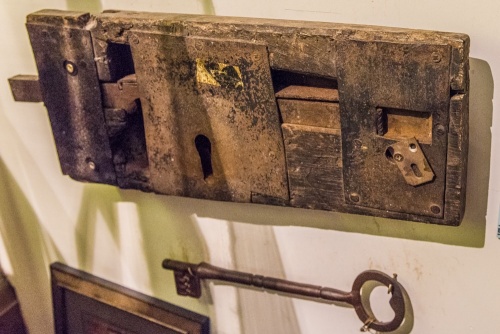 The lock and key from Dartmouth's town goal

Another highlight is a model of a man-of-war built by French prisoners of war during the Napoleonic Wars. There are also a large number of ships-in-bottles and naval paintings. 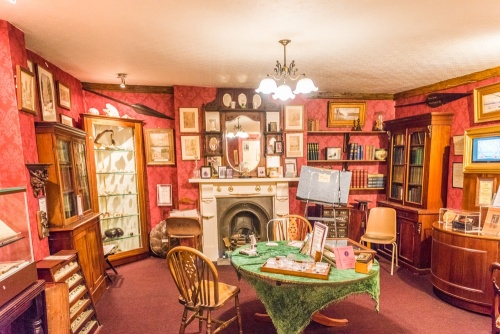 This room covers the social history of Dartmouth and is named for one of the town's leading Victorian families. See traditional costumes and a 19th-century doll's house. The town's medieval stocks and pillory are on display as well as the lock and key from the town gaol.

Adjoining the Holdsworth Room is an exhibition on Dartmouth's links to the D-Day invasion. Four hundred and eighty five vessels based in the River Dart took place in the D-Day landings. In the reception area is a set of 16 embroidery panels illustrating D-Day preparations in Dartmouth.

Ask at reception to see the 17th-century Tree of Jesse Ceiling, a nationally-important plasterwork ceiling preserved in an area of the Butterwalk not normally open to the public. 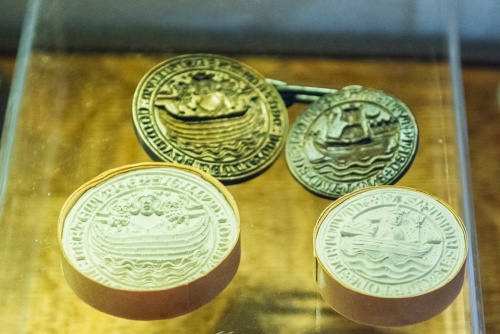 Dartmouth Museum is one of those wonderful places where the history of a place is illustrated in a historic building that deserves attention in its own right. Our family had an extremely good time exploring the museum, especially the exceptional collection of model ships in the King's Room.

Dartmouth Museum is located in the historic Butterwalk on Duke Street, just off the Quay and a stone's throw from Dartmouth Harbour and the Embankment. Parking can be a challenge near the waterfront in Dartmouth, so we recommend using the park and ride scheme. 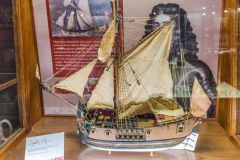 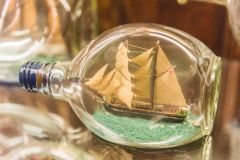 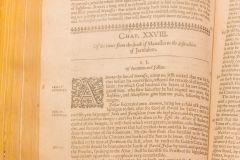 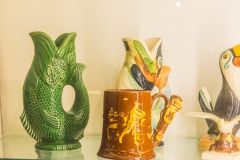 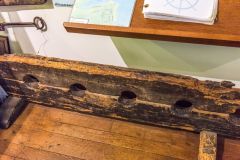 More self catering near Dartmouth Museum