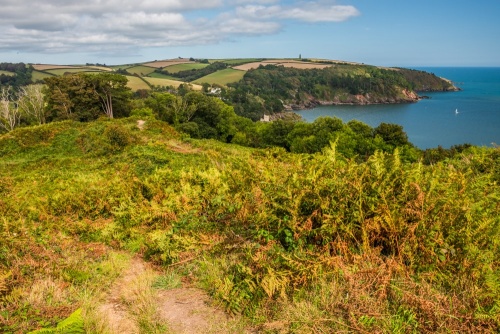 Gallants Bower is a Civil War fort occupying a wooded hilltop overlooking Dartmouth Castle and the River Dart. The fort offers wonderful panoramic views over Dartmouth, the river estuary, and the surrounding countryside.

Gallants Bower was constructed between 1643 and 1645 to defend Dartmouth and the castle from attack by Oliver Cromwell's Parliamentary army. The Royalists created a system of earthwork banks and ditches linked by trenches and reinforced by stone revetting. Atop the earthen banks was a timber palisade.

The fort was built on the eastern end of a steep spur of land above the mouth of the River Dart, offering open views to the south, east, and north approaches. The earthworks are roughly rectangular, measuring 100m x 65m (328 x 213 feet), with five large bastions projecting from a core enclosure about 50m x 27m (164 x 88 feet). Material for the fort was quarried on-site and two large quarry pits remain. 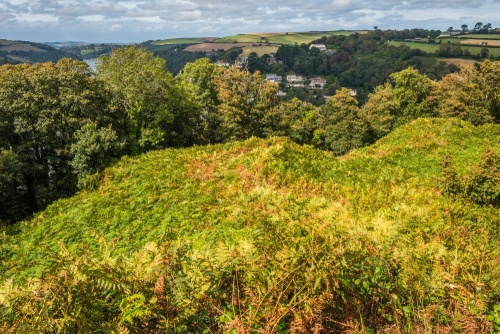 Looking north over the earthworks towards Dartmouth

A similar earthwork fort was erected across the River Dart to defend Kingswear.

In January 1646 the Parliamentarians attacked Dartmouth, led by Sir Thomas Fairfax. General Fairfax's men forced the Royalist defenders to flee the town and fall back to Gallants Bower. Unfortunately, the earthwork defences could not stand up to a concerted attack, and roughly 1,000 Royalists were quickly forced to surrender.

In 1650 the fort was dismantled so that it could never be of any military use again. Trees were allowed to grow up on the slopes of the hill, obscuring some of the panoramic views that the fort's defenders would have enjoyed. Foliage has grown up within the earthworks and can tend to obscure some of the defences (depending on the time of year). 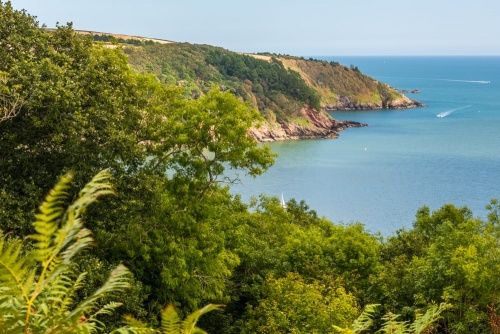 The view from the earthworks of Gallants Bower

Unfortunately, there are no interpretation panels on-site to help understand the layout of the fort and its earthworks.

Gallants Bower is best viewed in spring when the site is covered in bluebells. The woodland and fort are now owned by the National Trust.

It takes about 10 minutes to reach the castle earthworks. The going is steep in places, but not difficult. Your reward for your exertions is a wonderful view towards Dartmouth and an even better view over the rugged coastline to the south. 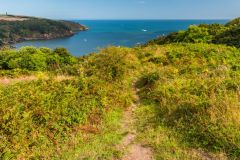 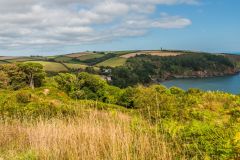 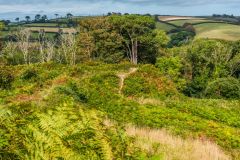