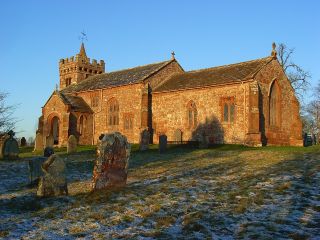 The little village of Edenhall was home to the Musgrave family, the subject of a ballad by Longfellow. According to Longfellow, the House of Musgrave was doomed if a 'fairy cup' in their possession was broken. The cup, called The Luck of Eden Hall, is believed to be 13th century Persian and is now in the Victorian and Albert Museum in London.

It was the Musgrave home of Eden Hall that gave the village its name. The Hall was built with stone from Hartley Castle, the ancestral seat of the Musgrave family. In 1821 architect Sir Robert Smirke rebuilt the mansion, and in the 1860s it was transformed once again, this time in Italian style.

The Musgrave family finally sold the property in the early 20th century and it was pulled down in 1934. The imposing entrance hall still stands at the edge of the village and the former stables have been converted into a dwelling.

The story of the Luck of Eden Hall was embellished by poet Henry Wadsworth Longfellow, who wrote a popular poem on the subject. According to legend, the lord of Eden Hall sent his butler for water from the well. On the way, the butler surprised a group of faeries dancing on the green. The faeries had carelessly left a drinking vessel beside the spring, and the butler seized it. When he refused to give the vessel back, the faeries cursed it, saying,

“Whene’er this cup shall break or fall,
Farewell the luck of Eden Hall.”

The cup is still intact, carefully preserved inside a leather case.

The parish church of St Cuthbert is Norman, built on Saxon foundations, and several Musgrave monuments can be found in the interior. The chancel is 14th century, and the east window retains original 14th century stained glass.

There is a blocked Norman window in the north wall of the nave and a blocked doorway of the same period in the chancel. Other highlights include 16th-century linenfold panelling decorating several of the stalls, and a pair of 15th-century memorial brasses. 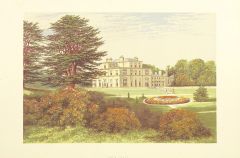 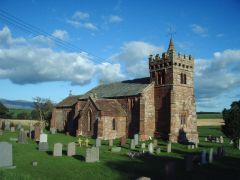 More self catering near Edenhall >>

More bed and breakfasts near Edenhall >>